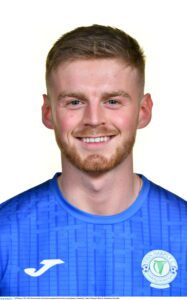 The defender joins the club having spent the past two seasons with Cork City FC. He made his senior football breakthrough while studying at UCC, and was awarded the FAI Third Level Player of the Year award in 2019.

Capable of playing centre back and left back, the Cork native is eager to hit the ground running as preseason gets underway after battling injury the past 12 months.