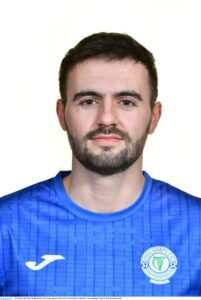 Buncrana man Mark Timlin’s return makes him the club’s longest serving player, having initially joined on loan from Derry City in 2017 before signing his first deal with the club ahead of the 2018 season.

After a tough couple of years with injury, Timlin is hoping that the worst is behind him.