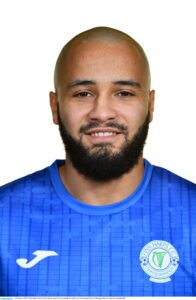 Joined from Linfield FC for the 2021 season. Previously played for Shamrock Rovers and Waterford.

Returned for his second stint in Ballybofey having previously played with the club in 2016 and 2017, had fifty league appearances over the two seasons. Boyle was also awarded the 54 Crew Young Player of the Season in both years. Almost ever present last season, appearing in 32 league games.