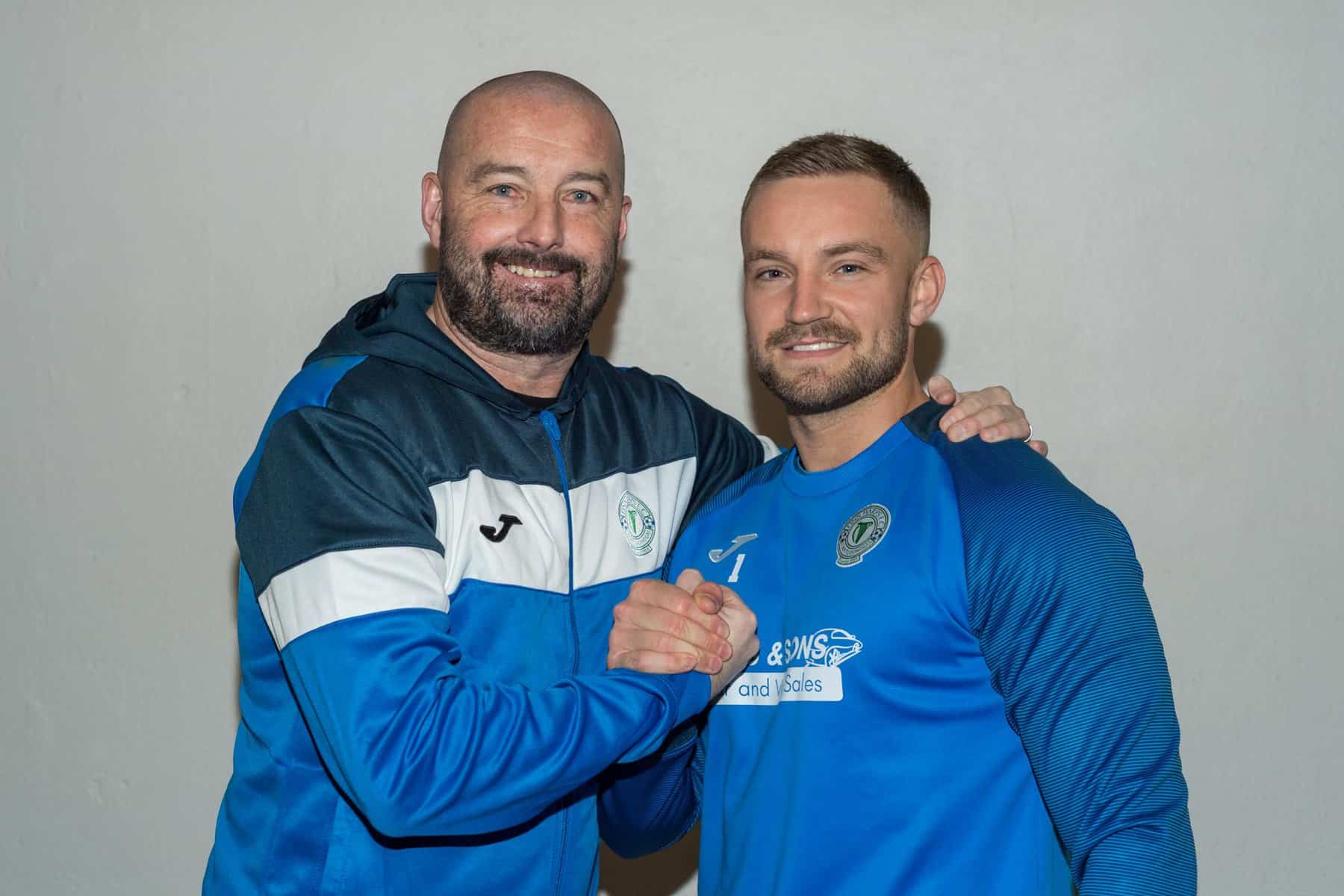 Finn Harps are delighted to announce the signing of goalkeeper Tim Hiemer. The 27 year old arrives at Finn Park on a two year deal subject to international clearance.

Hiemer, born and raised in Germany, came through the academy ranks at Borussia Monchengladbach. He was a first team regular at Gladbach II and has also played with NFC Orlandina in Italy and the Nike Academy.

Speaking after signing, he told club media: “Today is a very proud moment for me and my family as I join Finn Harps FC.

The moment I met Dave and he outlined his vision of where he aims to develop and grow Finn Harps plus his experience and knowledge as a manager, and the quality of the staff and players who are already here, I had no hesitation in signing a two year contract.

The history and tradition of Finn Harps is absolutely fantastic and we have real passionate fans here in Donegal so I can’t wait to get started. Up the Harps.”

Dave Rogers told club media: “To sign a Goalkeeper of Tim’s calibre is absolutely fantastic for all of us at Finn Harps. At 27 he is still relatively young for a keeper though has gained some outstanding experience and chalked up nearly 100 competitive games throughout his career in Germany.

Tim came highly recommended to me from my close friend Aaron Cameron who is the current Head of Goalkeeping at Everton’s Academy and coached Tim daily during a spell as first team GK coach at Wigan Athletic.

Once myself and our backroom team assessed him in training and around the rest of the group, he slotted in perfectly for our player profile and culture.

When I was searching for this position I always wanted a keeper with personality, leadership and who would be a real presence and character within the squad and Tim fits all of those criteria.

He is a fantastic shot stopper, has excellent reflexes and agility and is also comfortable with the ball at his feet and clear and concise with his communication. Having Tim committing his long term future to Finn Harps FC on a two year contract is excellent news.”