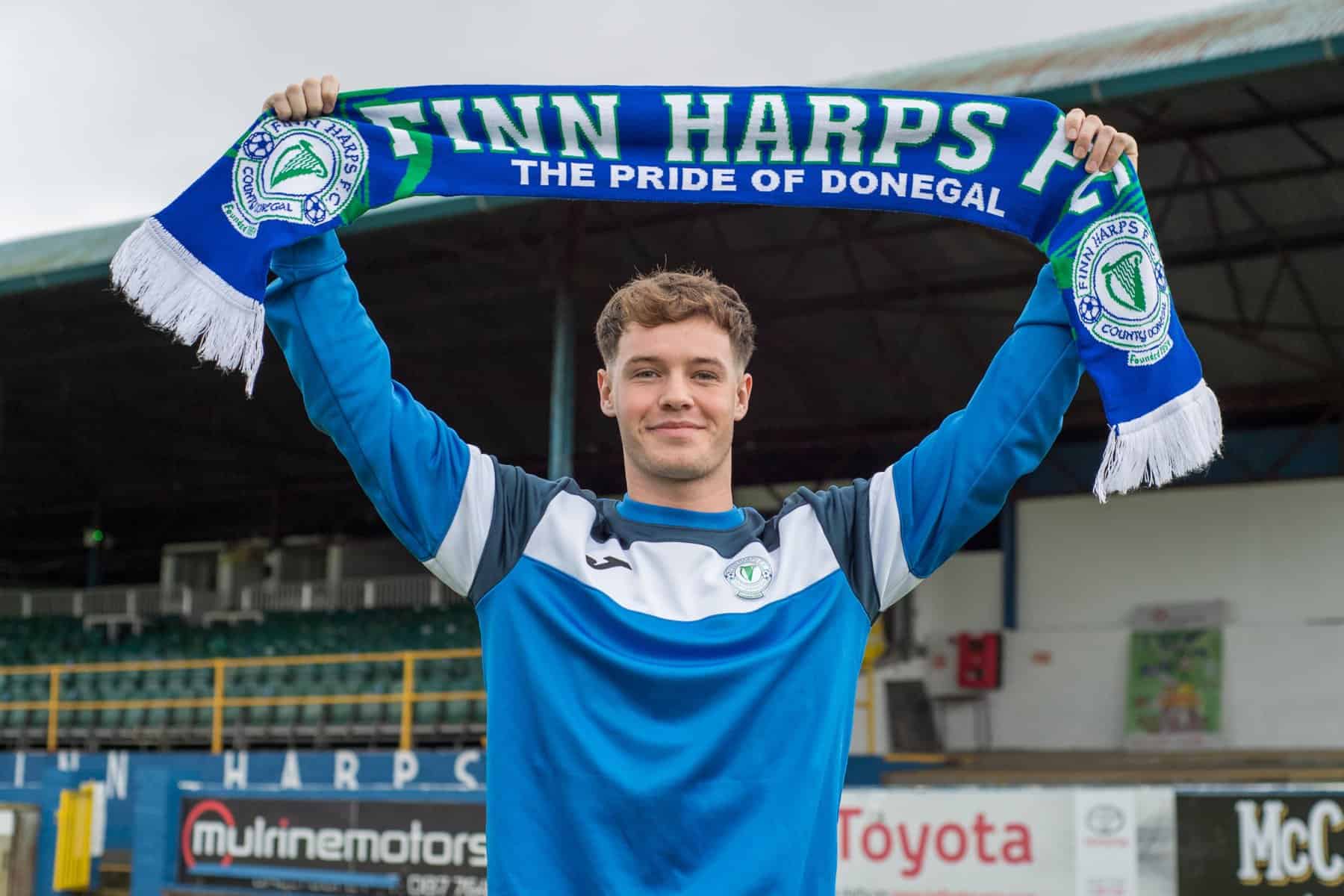 Finn Harps are delighted to announce the signing of attacker Michael Harris. The 20 year old arrives at Finn Park on a two year deal subject to international clearance.

Harris came through the academy ranks at neighbours Derry City, scoring the winning penalty in the EA Sports Enda McGuill Cup Final in 2021.

The Convoy man made the switch to Colorado Rapids in 2022 before returning to Ireland in December.

He told finnharps.ie: “The moment I sat down with Dave and he explained his plans and ambitions for the club and also his ideas and detail of how he will develop me as a player and how I will fit into his system and style of play, my mind was made up immediately.

I’m excited to work with a manager of Dave’s calibre and experience, and to do that at home here in Donegal is something I couldn’t pass up. I can’t wait to get to work and show the fans and my teammates how much I want to take the club forward. Roll on preseason next week!”

Harps Manager Dave Rogers added: “I’m absolutely thrilled to sign Michael on a two year contract and to have him commit his long term future to Finn Harps FC is a major coup. A special mention has to go to members of the 500club whose support allows us to commit to exciting young local talent on longer deals.

Michael has been on my radar for quite a while and is exactly the profile of player and type of personality that we are identifying to bring to Finn Harps.

He is another local boy who is filled with pride on his return to Donegal and his pace, physicality and ability to play in all forward positions will offer us fantastic options throughout the season.

I’m sure our fans will welcome Michael to Finn Park with open arms and I look forward to seeing him perform and develop in the famous blue jersey.”

Be #PartoftheTeam and help Dave build for 2023 here