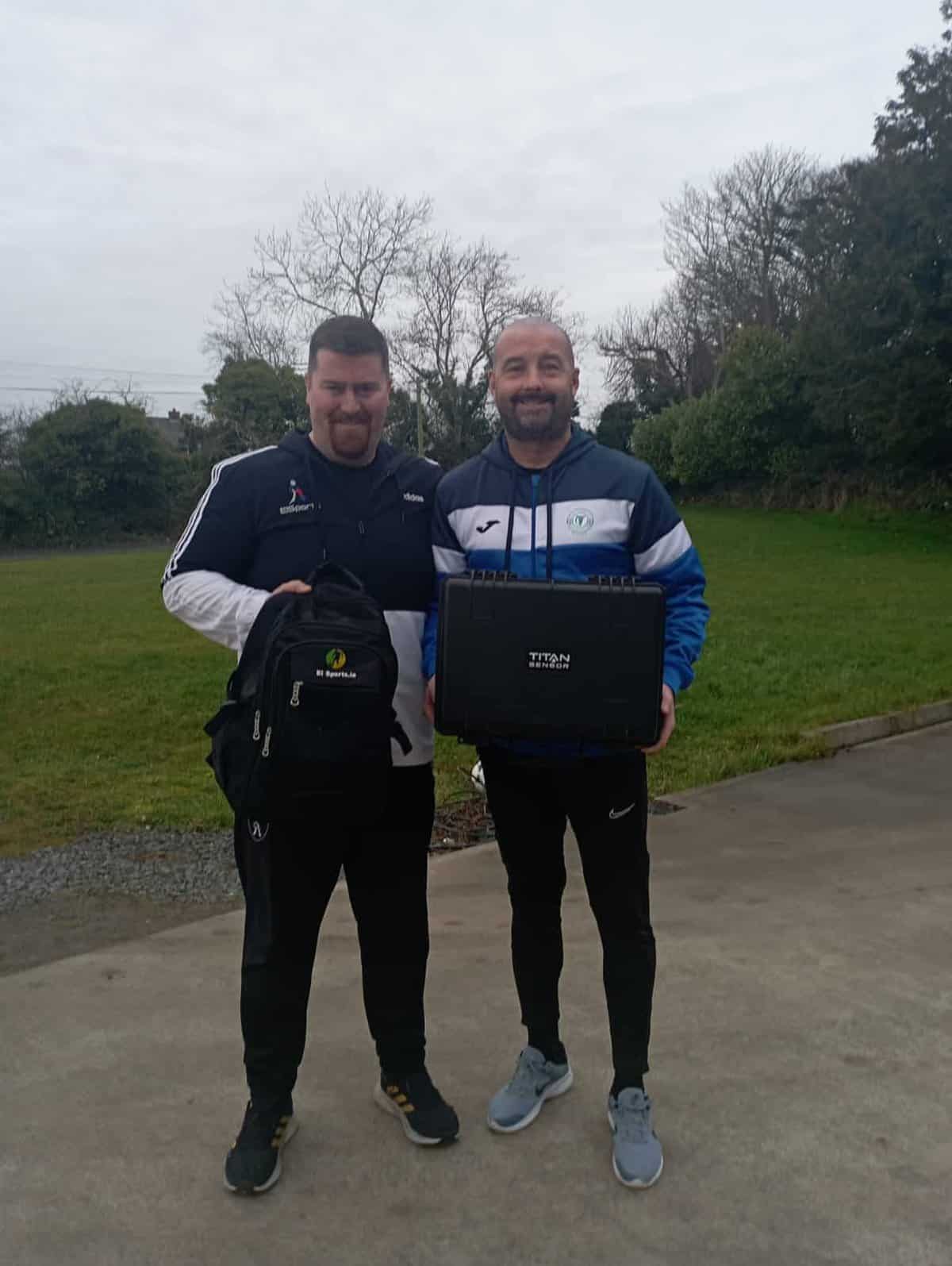 Finn Harps are delighted to announce a partnership with Eisports who will provide the club with GPS enabled wearable technology for the 2023 season.

He told club media: “We are extremely proud and excited to be partnering with EISports and Titan.

Sports performance is a major factor in professional football and especially for the players to develop and excel in their daily training programs and matches.

As elite sport continues to evolve I am delighted that we at Finn Harps FC can provide our players with the best possible methods and professionalism as we strive to reach our goals and outcomes.

This partnership truly is an amazing opportunity for both parties and once again shows how determined we are at the club to be proactive and successful both on and off the pitch.”

The agreement will see the EISports logo appear on the sleeve of Harps’ soon to be launched First Team Home and Away jerseys.

Ciaran Quinn, Director of EISports Ireland spoke about the huge potential of the partnership: “When we saw the news that Dave Rogers had been appointed as manager of Harps we wanted to be part of the project he had in store to develop the club. It goes back to a conversation we had a few years back on the UEFA A Licence and Dave’s passion for club and player development was inspiring.

EISports is a 100% Irish owned business and we want to ensure we help support the growth of high performance football for players in Ireland by having sponsorship partnerships in both the men’s game and very importantly the women’s game which is growing at a rapid rate. This partnership will be key to that and we look forward to expanding the partnership across the club this season and working with Dave & Lorcan in driving a strong high performance program to help get this club back to the Premier Division.”

Finn Harps Head of Performance Lorcan Mason is looking forward to utilising the new system; “We are delighted to have the support of EISport to facilitate our planning and preparation process throughout the 2023 season. The EISport partnership will allow us to monitor, plan and progress towards our objectives for the season and ensures no stone is left unturned in our weekly preparation.”