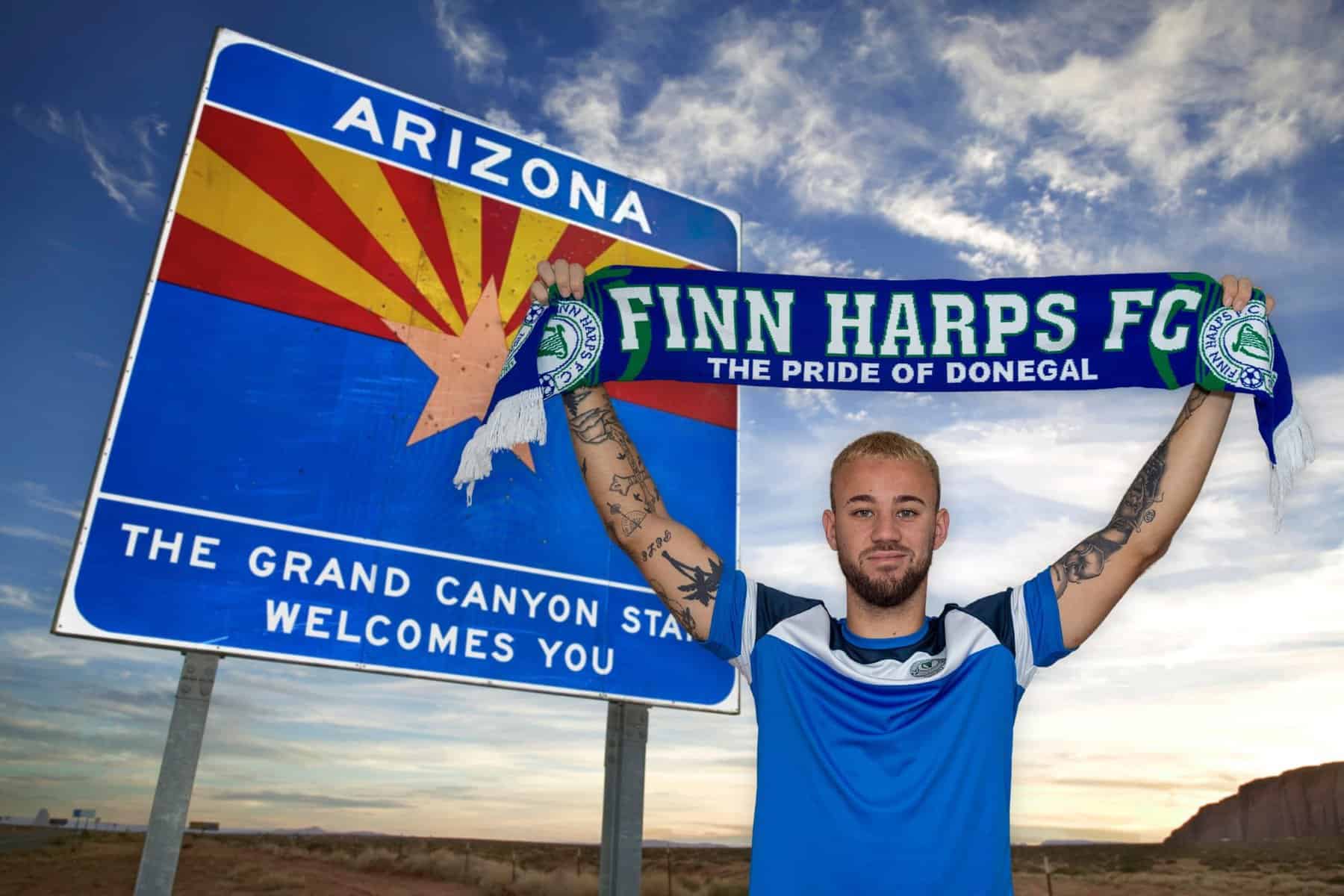 The club is delighted to announce the signing of Ryan Flood. The 24 year old joins on a two-year deal, subject to work permit and international clearance.

Flood has spent the past two seasons with USL Championship side Phoenix Rising FC. He began his career with his native Sporting Arizona, before moving to FC Arizona where he played under Harps Manager Dave Rogers.

He told club media: “I’m very excited to have the opportunity to start a new chapter in my career at Finn Harps FC, a club of history and tradition and it’s an honour for me to join on a two year contract.

Having played for Dave already at Arizona I know how passionate he is and when he told me about his plans for the club I couldn’t wait to get terms agreed. His professionalism and standards of coaching are second to none, plus his leadership and man management skills really push players to be their absolute best and I’m very excited to arrive in Donegal and work with him again.

I have always wanted to come and play in Europe and to be able to showcase my ability in-front of the dedicated and loyal Harps supporters is a real honour for me and my family.

The fans and my teammates can be rest assured that I will give my absolute all in every training session and match to help us become successful. These are really exciting times to be part of the Finn Harps FC family and I look forward to seeing you all soon.”

Harps boss Dave Rogers added: “Having coached and worked closely with Ryan before at FC Arizona and overseeing his transfer to the USL Champions Phoenix Rising I am delighted to bring him to Finn Harps FC for the next two years.

Left sided players with energy, power , pace and quality on the ball along with athleticism and physical presence are very hard to find and in Ryan we now have a player who has all those attributes.

At 24 he is a fantastic age and has gained excellent experience during his last two years at Phoenix Rising and now under our guidance we expect him to really progress in his development and career.

Ryan will bring extra energy and enthusiasm and his versatility to play as a left back or left winger in the modern day game will add extra value to the group.

I’m sure once again the Finn Harps faithful will give him a warm welcome and get right behind him from the beginning.”