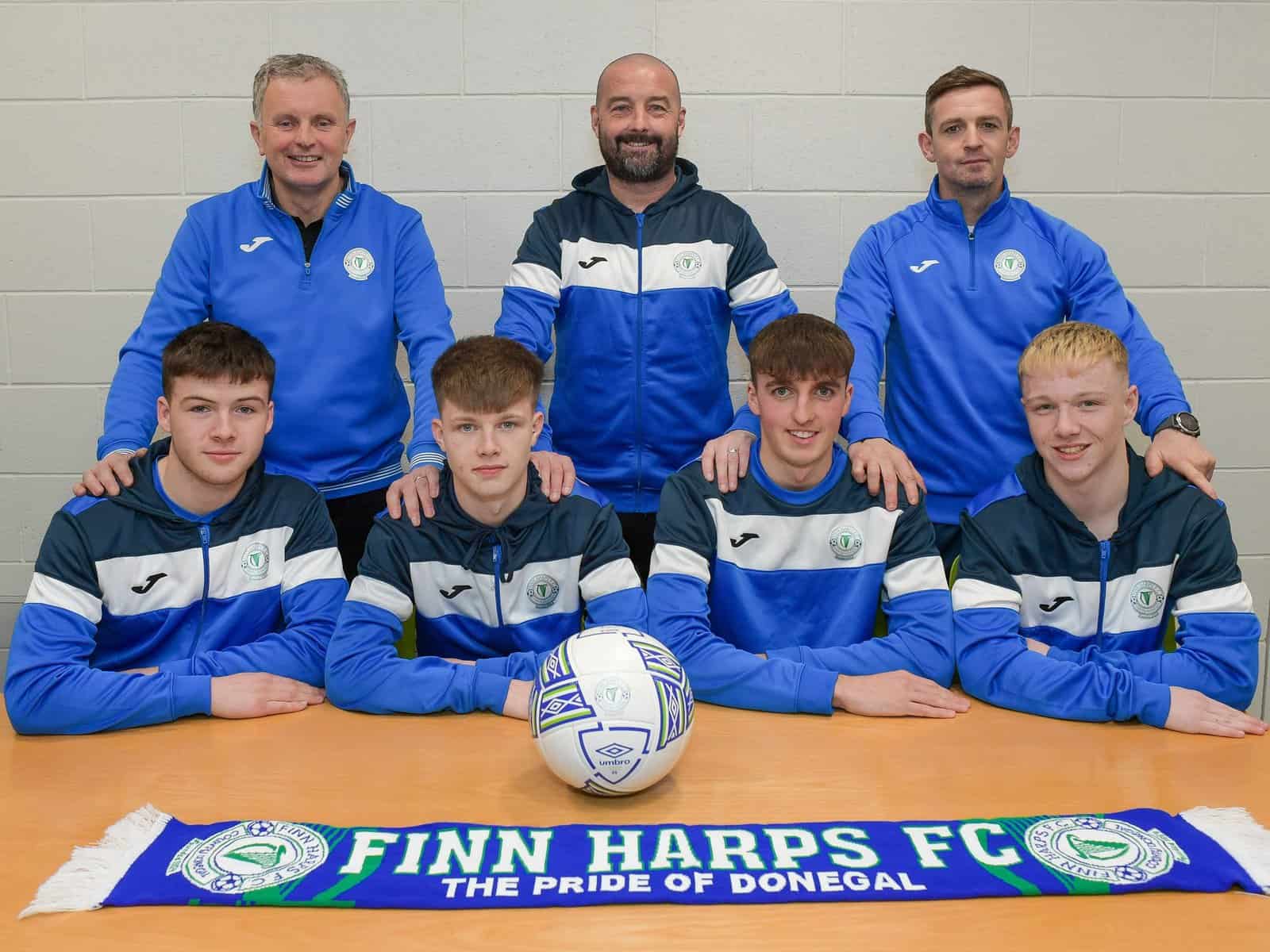 The club are delighted to announce that four players from the club’s academy have signed senior deals ahead of the 2023 season. Sean O’Donnell, Kevin Jordan, Brendan McLaughlin and Shaunie Bradley will be part of Dave Rogers’ squad for the upcoming campaign.

Sean O’Donnell will be no stranger to the Senior setup having made his club debut against Derry City last Summer. Kevin Jordan impressed with a string of Man of the Match performances for Stephen McNutt’s Under-19s last season.

Winger Brendan McLaughlin and striker Shaunie Bradley are poised to make the step up to the First Team having risen through the Harps Academy ranks. Both players were prominent figures in the club’s U15 side who tasted EA Sports Cup glory in 2021. Bradley is also the son of Harps cult hero Shane ‘Rita’ Bradley.

Harps boss Dave Rogers told Finnharps.ie; “This is what makes my job worthwhile when we can provide a proper player pathway for our homegrown academy players.

Massive credit goes to the endeavour, foundations and fantastic work in our academy by Kevin Mchugh & Stephen McNutt who have invested so much time and effort in the development of our players.

The hard work starts now and I’m excited and looking forward to working daily with these four young men.”

Finn Harps Head of Academy Kevin McHugh added: “By signing four players from the Academy, it shows you the club’s intention going into 2023 and beyond.

All 4 are far from the finished article, but that’s our jobs now as coaches to help develop these areas and allow them to put their best foot forward when called upon by Dave.

It’s also a great incentive to the other 17s and 19s players, that if you show the right attitude, desire and are willing to do the extras, then that door is open for you and this could be you at some stage next year.”