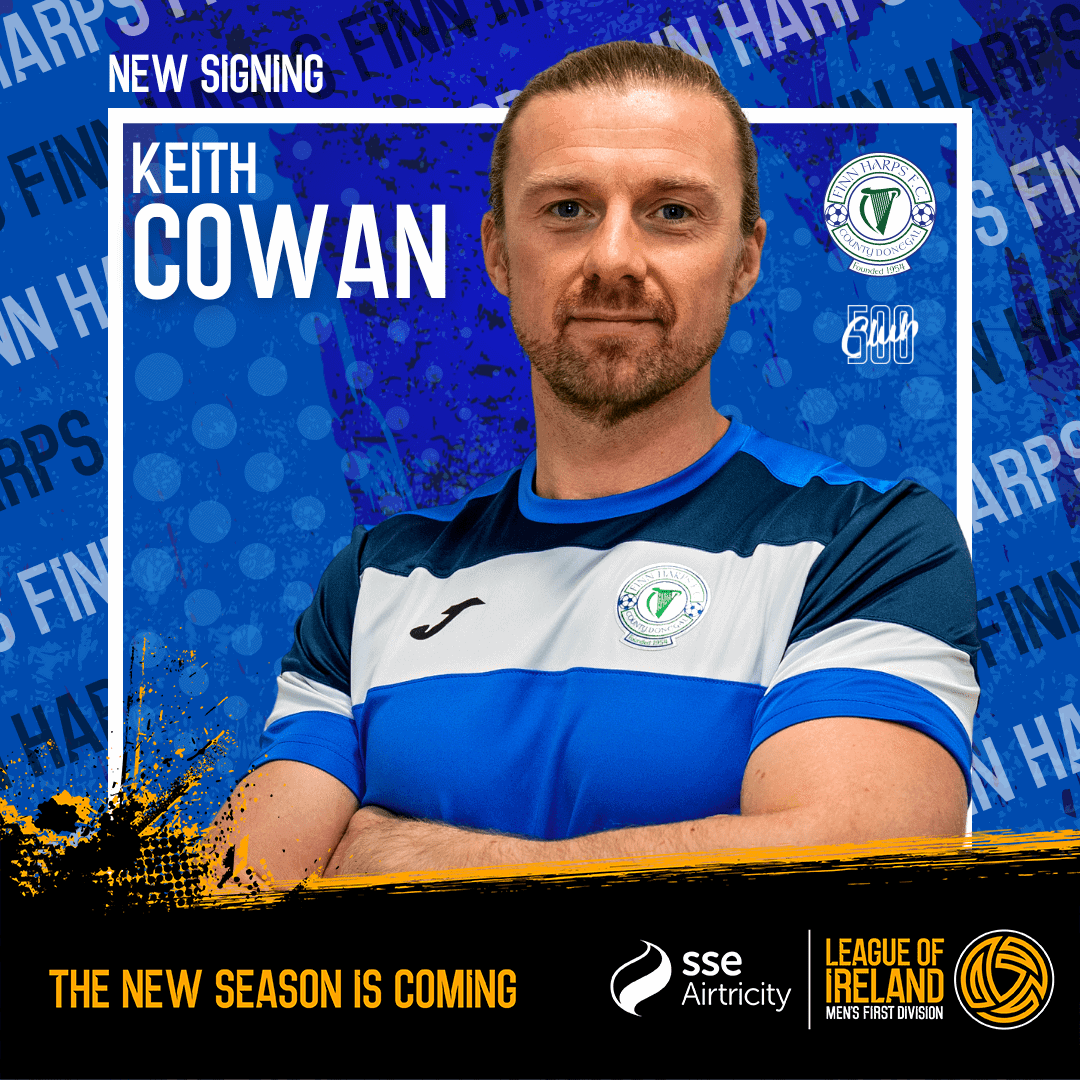 The club is delighted to announce that Keith Cowan has signed for the 2023 season.

Cowan, a club legend, returns after three seasons away from Finn Park with Dungannon Swifts, Drogheda United and with Glentoran where he lifted the Irish Cup.

The Ramelton man first signed for the club in 2004 under Felix Healy and has gone on to make over 240 appearances for Harps. The defender was club captain up until his departure after the 2019 season. Cowan will once again wear the armband when he lines out for the club in 2023.

Speaking after the signing, Cowan said: “It’s great to be home. I started my career here and the opportunity to finish it here is something that means alot to me. I had so many great nights and memories at the club and I’m here to make more.

Once I heard that Dave was coming in as manager, even without speaking with him I was interested straight away. The opportunity to work with someone of Daves calibre, experience and professionalism is rare at any level. So once I met him and heard what he had to say, I was on board straight away (not that I told him that!).

Dave’s energy and enthusiasm for what he intends to build here is exciting to be a part of. With the help of the board, the fans and the community I believe this will be the start of something great for the club.”

Dave Rogers told Finn Harps media: “I’m thrilled to be bringing back a real Finn Harps fan’s favourite in Keith Cowan and also proud to name him as my new club Captain.

The leadership and experience that Keith offers both on and off the field will be absolutely crucial this season, especially for the progress and development of our younger players.

We had to beat off some strong competition to capture Keith’s signature and once we spoke in person and I outlined my expectations and principles on where I want to take the club, I’m proud to say that Keith also believes in this process and vision.  I’m sure our fans will join me in welcoming Keith back to Finn Park and I can’t wait to start working with him.

Get behind the Harps for 2023 with your season ticket here