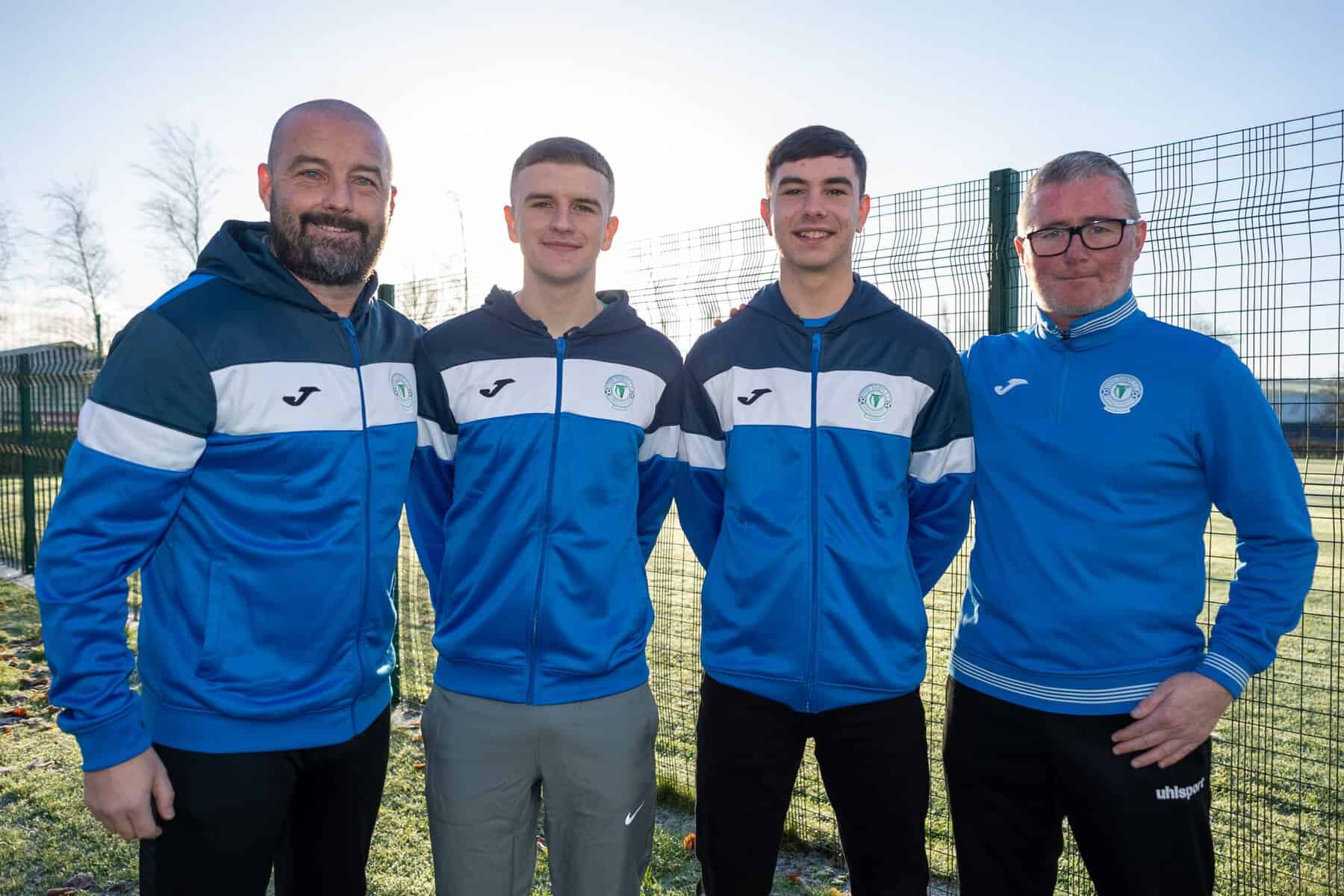 The club are delighted to announce the double loan signing of Caoimhin Porter and Daithi McCallion from Derry City.

Porter, a fullback by trade, made three league appearances for the Candystripes last season, notching two assists in a 3-2 victory over Bohemians.

McCallion, a towering centre half, made his Derry City debut against UCD back in April. He has also represented Northern Ireland at underage level.

Harps Manager Dave Rogers told Finnharps.ie: “First of all I’d like to thank my good friend and manager Ruaidhri Higgins and the board of Derry City FC for trusting myself and everyone at the club in the further development of two outstanding young men and players for the 2023 season. I know how highly Ruaidhri thinks of Daithí and Caoimhin and that he sees their long term futures in the first team at Derry City.

I have followed the progress of both Daithí and Caoimhin over the past couple of years and they fit perfectly into the calibre and profile of players I aim to bring to Finn Harps. Young, enthusiastic, passionate, energetic and full of potential and both of the players had a real desire to come and play here in Ballybofey.

I am truly excited to begin working daily with Daithí and Caoimhin and playing a part in both of their progression into senior football and I have no doubts when they don our famous blue and white jersey that our fans will be fully behind them week in week out.”