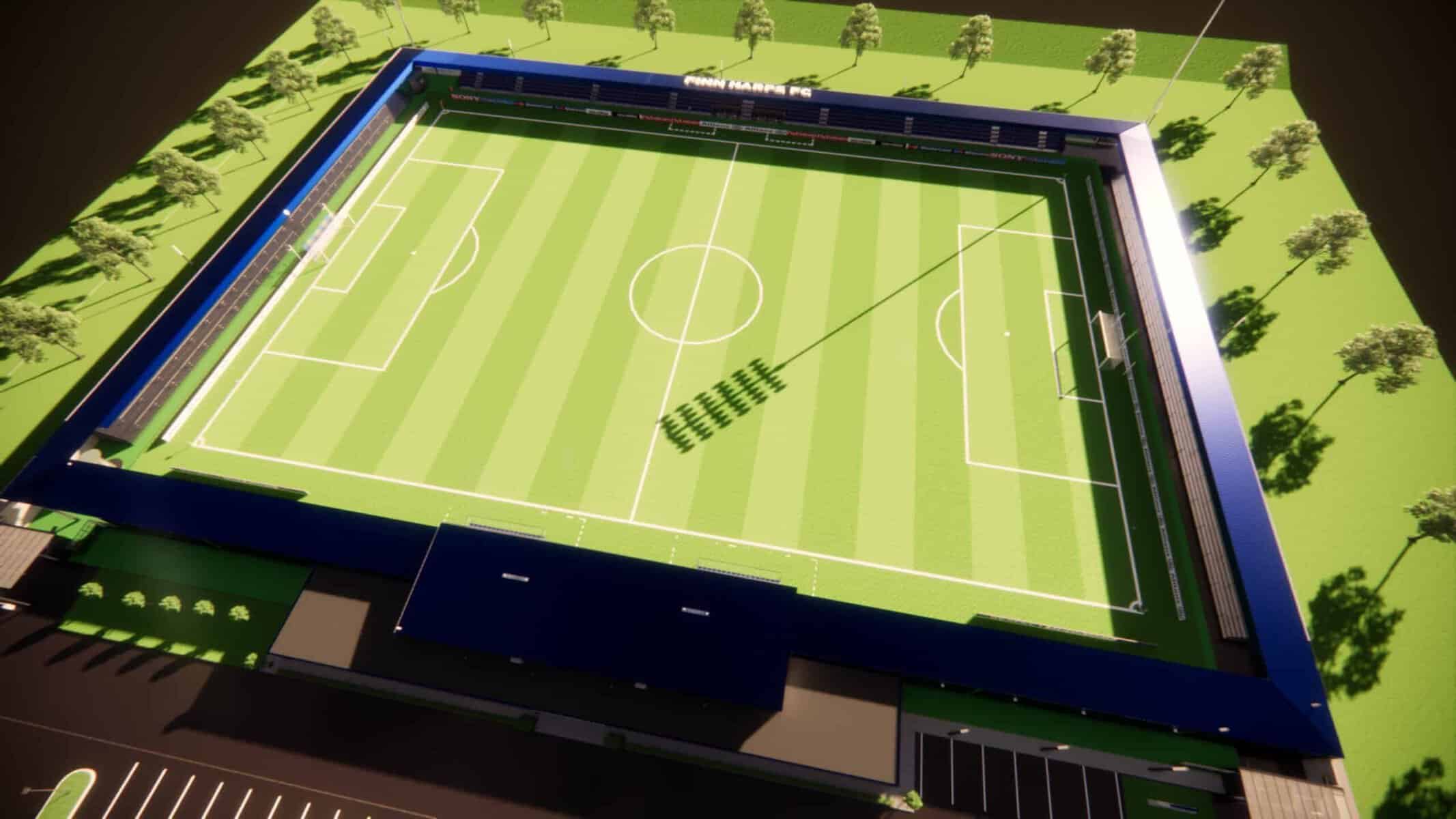 Finn Harps welcome confirmation that Jack Chambers, Minister of State for Sport and the Gaeltacht, has given the green light for the reconfigured plans for the Donegal Community Stadium as submitted by the club. Following some administrative details being attended to, we should be in a position to recommence work in the near future.  Since the announcement of a grant of just short of €4 million in April 2021, the club has worked closely with the Department of Tourism, Culture, Arts, Gaeltacht, Sport and Media; Donegal County Council and the FAI to identify the best path forward to get the stadium completed for 2024 while providing the best possible value for money for everyone involved.  With the County Council and FAI committed to providing €500,000 each to support the project, now is the time to get behind the Harps in bringing the project home.

We are pleased to announce our first initiative to raise our portion of the funding- A Mega Cash Draw with a top prize of €20,000.  The draw will take place at the end of September and entry costs €20 or €50 for three entries.  All profits from the draw will go towards the stadium project.  For further information and to enter the draw, visit annualdraw.finnharpsfc.ie

Further initiatives to support the project will follow in the coming weeks.

Ian Harkin, Chairperson of Finn Harps said, “The stadium committee have done superb work to get this project to where it is today, with the pathway in place for us to have a beautiful new stadium completed in 2024.  We thank them and everyone at the Council, FAI and in politics who have brought this project forward.  The stadium represents a massive opportunity for the Twin Towns, for Donegal, the region and for football in general.  The existing structure will be completed as our main stand, with a seated stand opposite and covered terraces at each end very similar to those used by Salford FC in Manchester.  Following a site visit to Salford we are happy to proceed on this basis to provide the modern, atmospheric stadium this club and this region deserve.  As well as football, the stadium will be able to host all sorts of events which will enrich life in the region. The project also includes extra pitches that will be of huge benefit to our growing academy, which develops young footballers from across the Northwest and will obviously support our plans to develop women’s football at the club also.  We now need to show that as a club, as a region and as a football community we will help make this happen.  The draw is just the first step- we will roll out further initiatives in due course to support the Donegal Community Stadium Project.”

Aidan McNelis, Finn Harps director of engagement said “It was always a massive priority for us that we get the new stadium moving to provide our supporters with excellent facilities.  The plans now will give us a new home that will have a superb atmosphere from day 1.  Finn Park is famously noisy and atmospheric but all indications from the Salford experience are that the new stadium will be louder again, with the covered terraces perfect for that.  This plan will deliver a fantastic match night experience with fans close to the pitch, protected from the elements and with good views no matter where they are.  It’s an incredibly exciting time for the club and if we pull together now we can lay the foundations to bring the club to a whole new level.  We have no doubt our fans and the wider public will get behind us and we can get a fantastic facility delivered that will be up there with the best in the country.