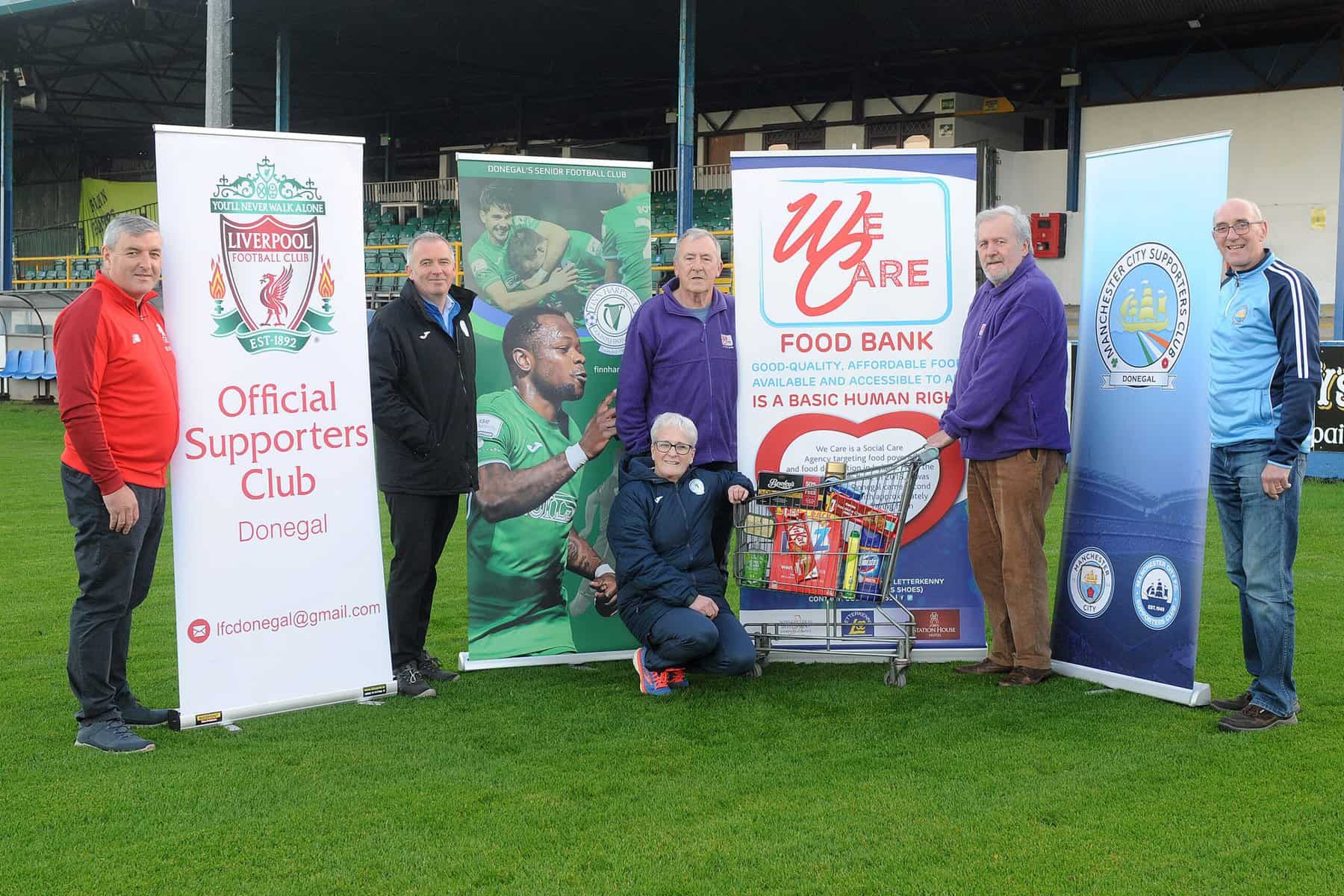 We would encourage those donating foodstuff beforehand or attending UCD match at Finn Park to bring along any of the below provisions.

Vans will be manned outside the ground from 6.30pm by volunteers from both the Liverpool Supporters Club, Manchester City Supporters Club, Finn Harps FC and ‘We Care Food Bank’ organisations.

David Moen, Liverpool FC Supporters Club, Donegal said: “Following the real difference Fans Supporting Foodbanks has made to their communities, the Liverpool FC Donegal branch are once again proud join up with our Manchester City counterparts and Finn Harps to help those most in need in our county.”

Joe Doherty, Manchester City Supporters Club, Donegal said: “We are delighted to be playing our part, along with the Liverpool Supporters Club in the County and Finn Harps FC, to bring much needed attention to this very worthwhile cause.  I am sure the Donegal football public support will once support the tremendous work done by ‘We Care Food Bank’.”

For those unable to attend the game you can still donate via the collection points:

Wednesday 26th, Thursday 27th October  – Food Collection point details:
Food donations can be left at the Finn Harps Club House both days from 11am to 6pm

Friday October28th (Match Day)  – Food Collection point details:
Food donations can be left at the Finn Harps Club House from 10am to 12.30pm

From 2pm until 4pm the ‘We Care Food Bank’ will have a van at the Chestnut Road Entrance (ALDI) for any donations.

Friday October 28th (Finn Harps v UCD match)
Match goers can donate from 6.30pm on the evening of the at match collection vans will be situated at all entrances to the ground.