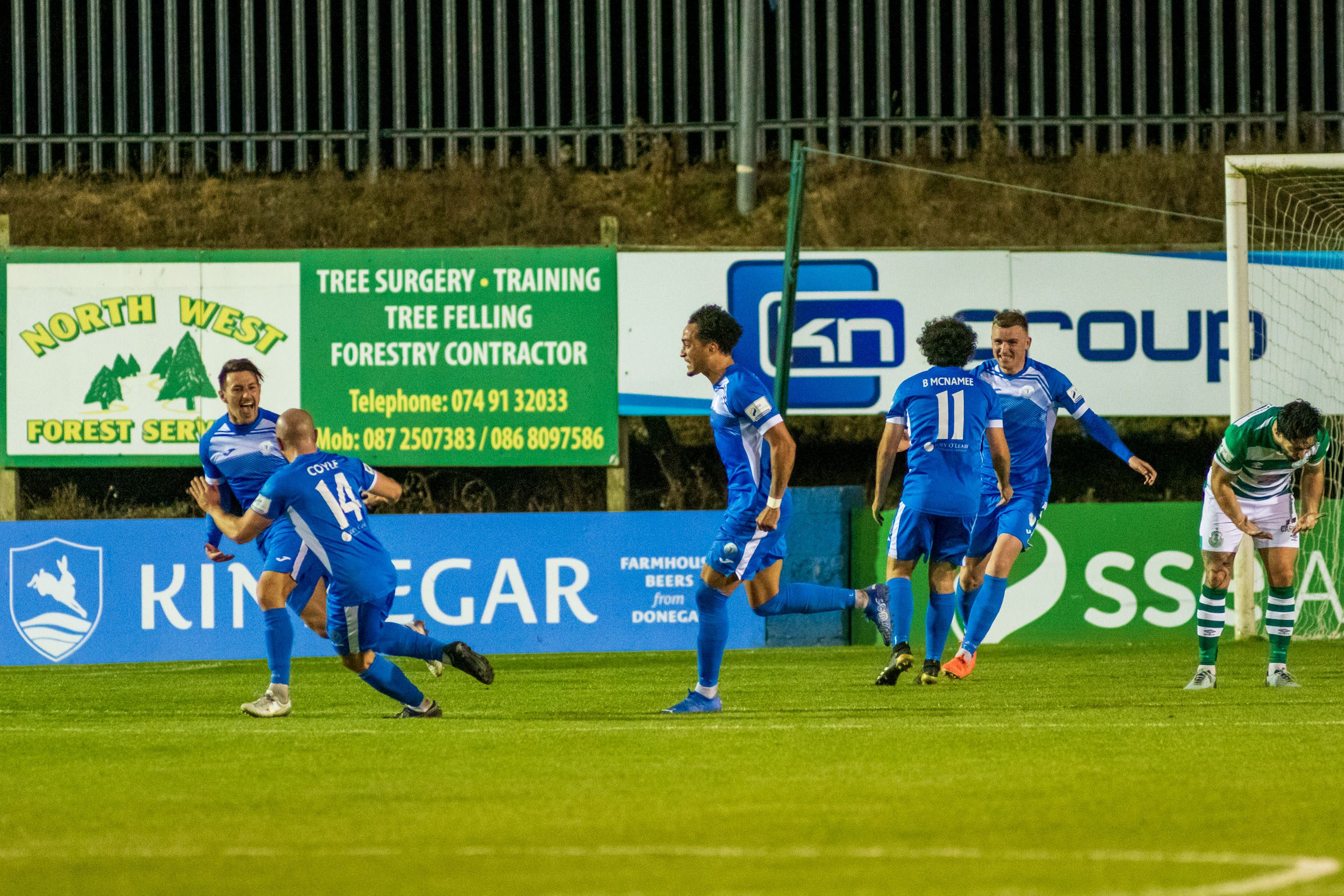 It’s six wins in a row for Finn Harps after a fantastic victory against league leaders Shamrock Rovers at Finn Park.

The opening period of the game was quite eventful with chances being created at both ends of the pitch.

Harps best chances of the first half came from Adam Foley who had his shot saved by Rovers number one Alan Manus. Will Seymore also had an effort go just off target.

Rovers gave the home side a scare at the beginning of the second half though as Rory Gaffney struck the post, Harps were perhaps lucky not to be 1-0 down.

Harps didn’t need any luck in the 56th minute though as they opened the scoring with a brilliant, skillful team goal.

Despite the tension, Harps kept pushing and playing with confidence and skill on the ball and they got their reward five minutes from time.

Will Seymore used a brilliant piece of skill to get away from two Rovers players and switch the play to David Webster who pushed forward and found O’Sullivan who crossed brilliantly to find none other than Tunde Owolabi who headed in the winner for Harps.

This fine run of form has seen Harps move up the table and a win against Derry City next week could see Ollie Horgan’s side move up to as high as fifth in the league table.

Harps will want to keep this amazing run of form going this month as they also face Bohemians twice in the league along with an FAI Cup quarter-final tie at home to Dundalk.