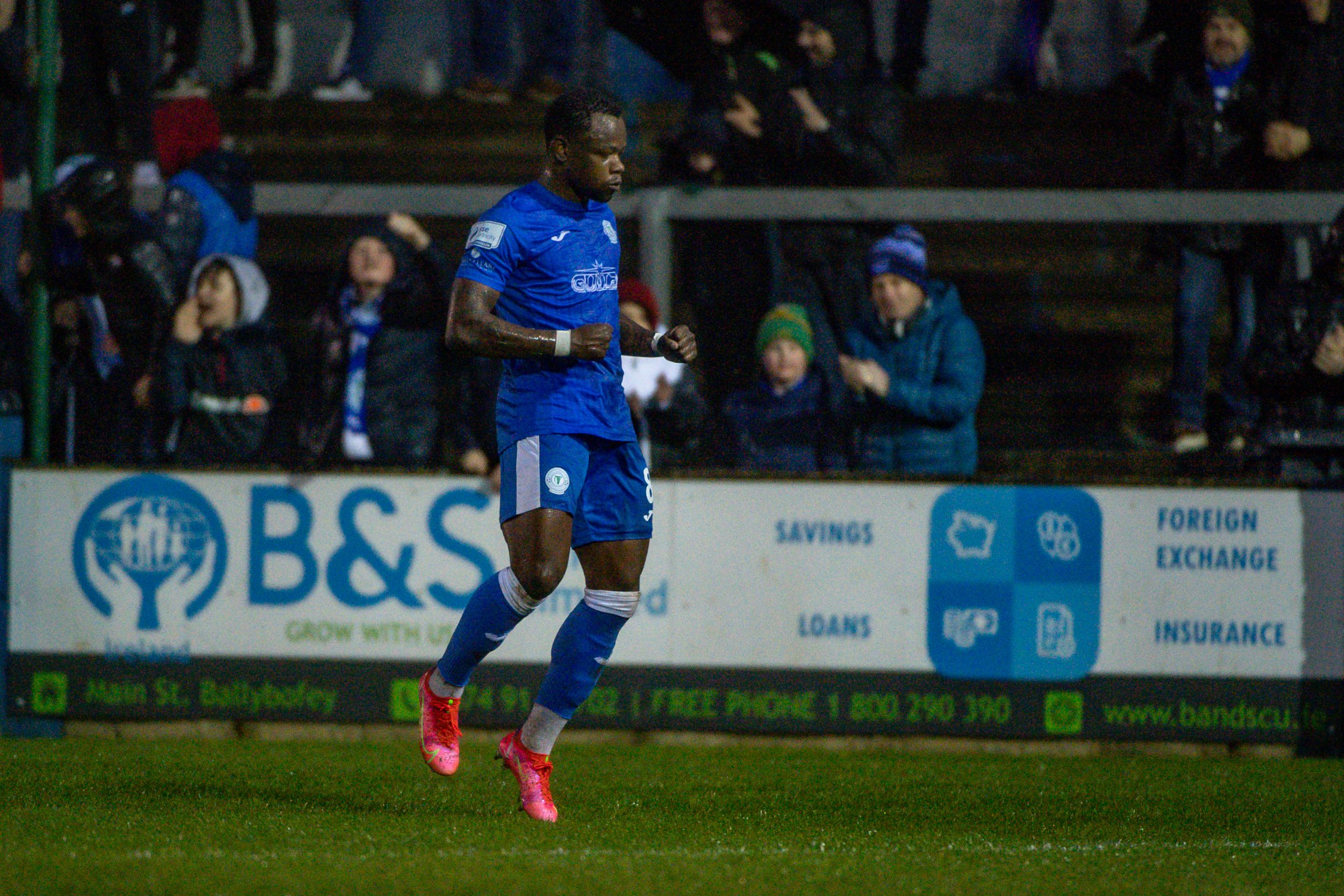 Finn Harps were held to a 2-2 draw against Drogheda United at Finn Park tonight. The Drogs scored a late equaliser to deny Harps all three points in tough conditions.

It was a disappointing start to the game for Ollie Horgan’s side as Drogheda took the lead inside the first five minutes. Darragh Nugent and Jack Clarke linked up well in the box and Clarke finished well past Gavin Mulreany.

The windy and rainy conditions made it tough for either side to get comfortable on the ball for a long period of time. Harps continued to push despite the conditions, and it paid off as they found the back of the net in the 22nd minute to bring the game level.

Yousef Mahdy’s strike was well saved by Sam Long but after a bit of chaos in the box the ball eventually fell to Eric McWoods who put the ball in the back of the net. It’s now two goals in three games for the American who is adapting well to life in Ballybofey.

Both sides began to create more chances as the second half went on, but it was Harps who would eventually take the lead just before the whistle.

McWoods was involved once again, this time crossing the ball into Filip Mihaljevic who headed into Mahdy’s path to finish and put Harps ahead at the interval.

Harps continued to dominate in the second half with Ryan Rainey and Ryan Connolly both having chances to give their side a two-goal cushion.

As we entered the final 10 minutes Mahdy had a chance to finish the game off, but his header was cleared off the line.

Despite the Harps pressure, it was Drogheda who would end up scoring the next goal. Substitute Ryan Brennan found the bottom corner past Mulreany after the ball fell kindly to him.

Horgan’s side pushed for a winner but brilliant goalkeeping from Long in the final moments of the game meant that the teams shared the points.

Harps will be disappointed not to win the game but there was more promising signs of the team gelling together.

Up next for Harps is the North West derby against Derry City at Finn Park on Friday evening.