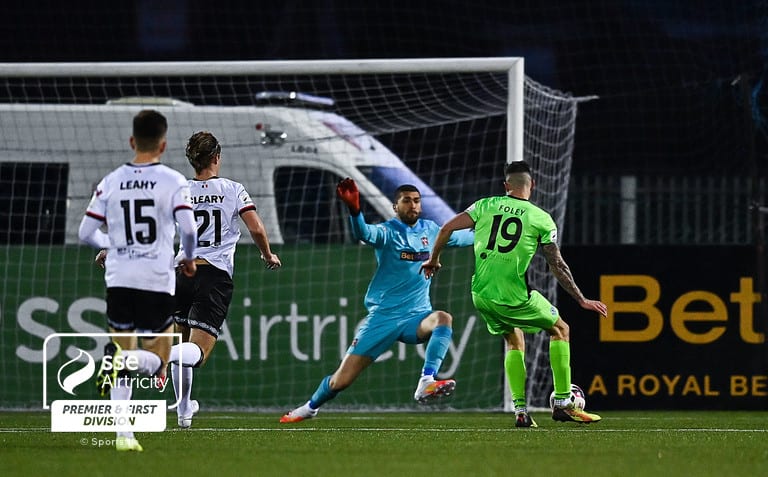 Finn Harps return to Finn Park tomorrow night to play host to Dundalk FC. Kick-off in Ballybofey is 5.45pm and the game is live on watchloi.ie

Harps will be hoping to bounce back after they were put to the sword by Bohemians last weekend in a 4-0 defeat. Similarly, the Lilywhites were left frustrated as Sligo Rovers managed to hang on to their goal advantage at Oriel Park despite playing most of the second half with just ten men.

The sides previous meeting this season resulted in the Donegal club’s first victory at Oriel Park in over a decade as an Adam Foley double was enough to earn all three points.

The league’s top scorer spoke to club media ahead of the game: “We’ve done well against Dundalk the last couple of times we’ve faced them but you could have said the same about Bohs and it didn’t count for anything last week. We need to be wary. It’s about the next game now, we need to be mentally and physically ready and get back to winning ways. If we put in a good performance there’s no reason we can’t pick up three points.”

In team news, Ollie Horgan will be forced to watch from the stands after being handed a three game suspension from the FAI Disciplinary Control Unit. Ryan Connolly and Conor Barry remain doubts, as are Shane McEleney, Adam Foley and Sean Boyd who are all nursing knocks.