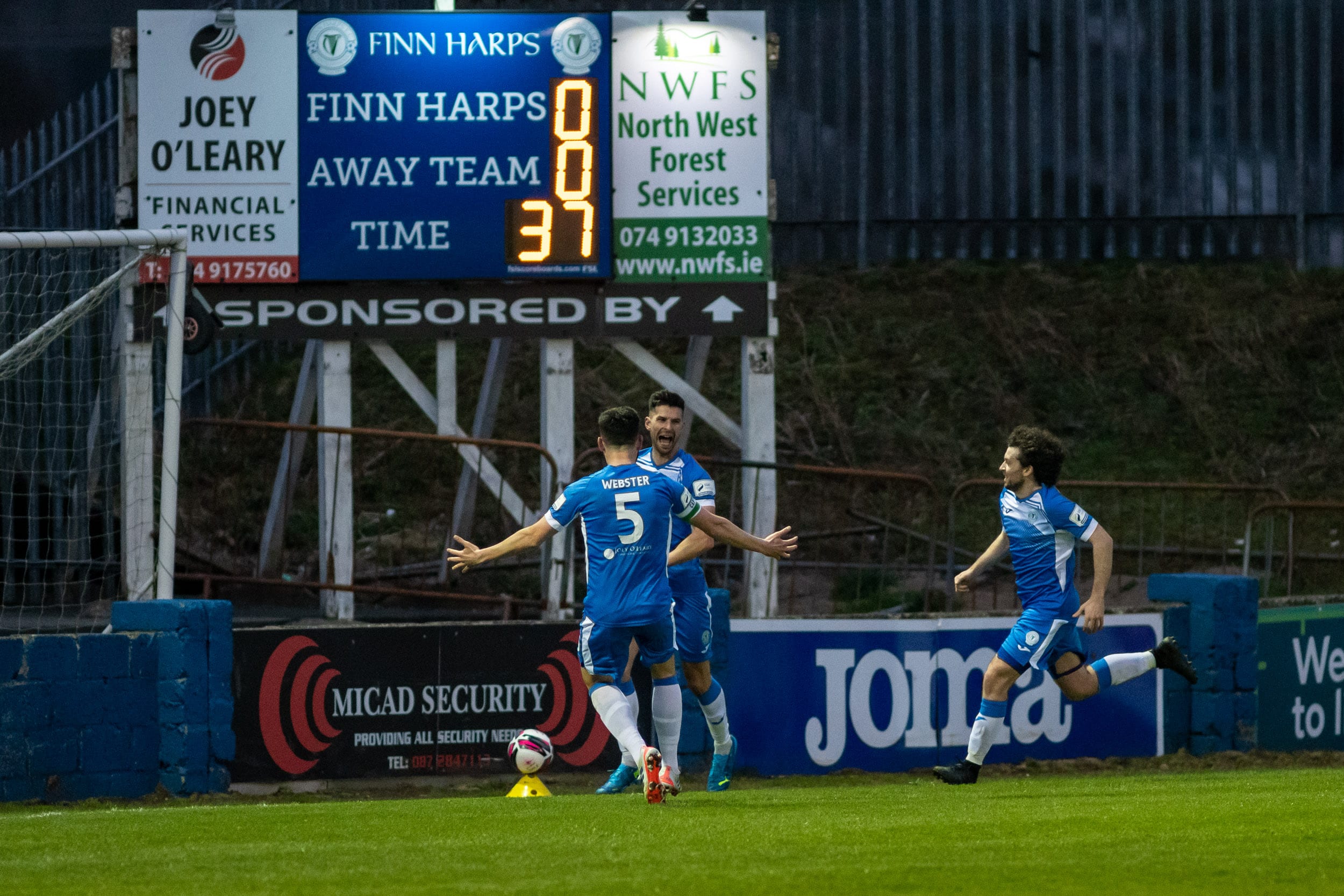 Finn Harps make the trip to the capital to take on Bohemians on Saturday evening. Kick-off at Dalymount Park is 6pm and the game is watchloi.ie

Harps come into the game on a high having recorded their first ever league victory at the Brandywell after Monday night’s comeback victory. The Gypsies however will be looking to kickstart their season after a disappointing start to the campaign in which they are yet to record a home win.

Harps recorded their first win at Dalymount in over 20 years in their last visit to the ground. Goals in either half from Mark Russell saw the visiting side take all three points courtesy of a 2-0 win.

Harps boss Ollie Horgan said: “We know ourselves how difficult a place Dalymount is to go. Bohs haven’t hit near the heights they are going to and they will absolutely do damage to someone in the coming weeks. We just have to hope it isn’t us. We’ll need to be on our game or it could be a long night for us in Dublin.”

In team news, David Webster is a doubt having sustained an injury in Monday night’s win. Shane McEleney, Ryan Connolly and Conor Barry are also unlikely to feature.