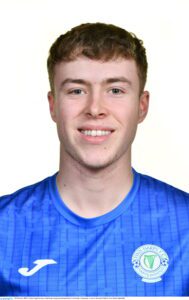 The Carndonagh man made his senior debut away to St. Patrick’s Athletic last season and has been a regular this preseason as the squad prepares for Friday’s season opener vs Drogheda United.

Logue has risen through the academy ranks, joining the club at U15s and was part of the U17s league and cup double winning side in 2018. He was named U19 Player of the Season in 2020.