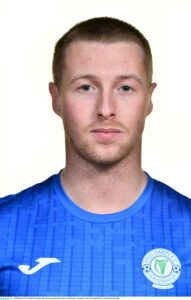 The Mayo man returns for a second spell in Ballybofey having played a major role in the club’s promotion to the Premier Division in 2018. The winger was part of the Sligo Rovers side who finished fourth in the 2020 season, qualifying for the Europa League.

Plays on the wing or up front.