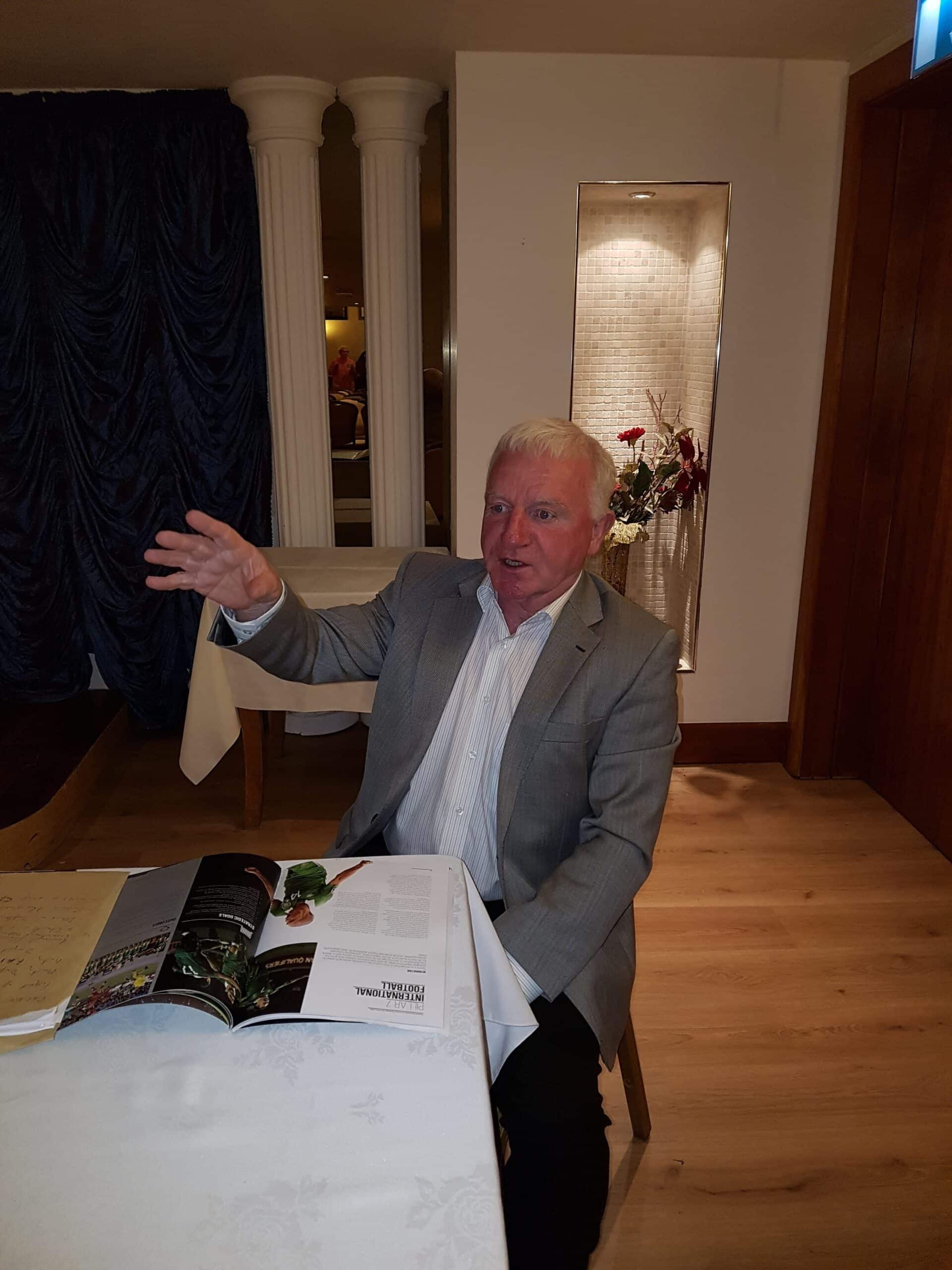 Paul McLoone has stepped down as a Director of Finn Harps FC following four years on the board of the club.  He will continue in his role with the stadium sub-committee.

“I retired from my day job ten years ago and like most retirees I am now busier than ever so as I hit 67 in a few months I am merely scaling back on work commitments. Four years was always my commitment to Harps and I’m glad to see that the stadium project is now in good shape.”

“Following the announcement in April of this year the team is now in discussions with both the FAI and Donegal Co. Council to secure additional funding for the project whilst Minister Chambers visited the site on the 4th June last and reiterated his and the Department’s commitment to getting the stadium built. The Harps Board are now about to undertake a major fundraising drive and with the support of the Donegal public there is no doubt the stadium will be ready on schedule for the 2024 season.”

“I am of course first and foremost a Harps fan.  It is my intention to stay involved with the club but in a different capacity such as a Supporters trust or especially with initiatives on the new stadium. I have been hugely impressed with the commitment of our fans, volunteers, academy, staff and players and really look forward to seeing Harps having a team in the new Women’s National Senior League in the coming seasons.  I wish Chairman Sean Quinn and the board every success with their fundraising efforts and like every fan I look forward to getting behind Ollie and the team in their endeavors to retain Premier Division status.”

The club will announce details of the fundraising initiatives related to the stadium project in the coming weeks.  Chairman Sean Quinn thanked Paul on behalf of the club for his work as a director and his ongoing contributions to the Stadium Project.