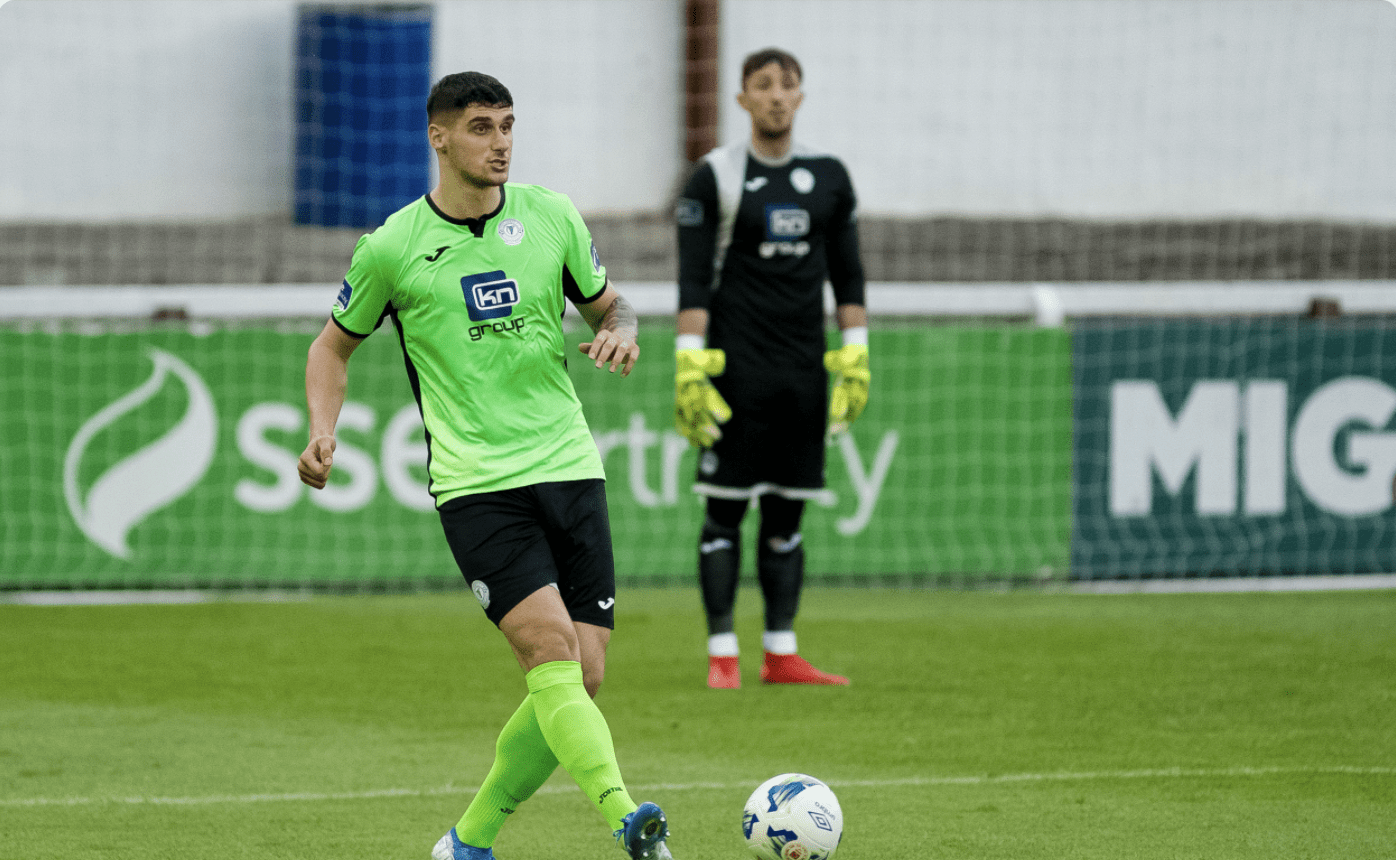 Finn Harps is delighted to announce the re-signing of Kosovar Sadiki for the 2021 season. The defender was a key player for the club last season, appearing 18 times in all competitions.

Sadiki signed with the club on loan from Hibernians FC in January 2020. After being released by his parent club during the summer, he opted to remain with Harps for the return to play in August and has once again committed to the Ballybofey side.

Speaking after re-signing, he told club media that his relationship with the coaching staff was a major factor in his decision to commit for 2021. “The main thing that made me want to come back was the relationship with Ollie and the trust of the coaches. To be able to play games consistently at a good level is what I need at this point in my career and so to have the trust of the coaches is very important to me.”

The 54 Crew Young Player of the Season is hoping the squad can recapture last year’s end of season form out of the gate. “I really enjoyed last season, especially towards the end when we started to gel and pick up results. The beginning was tough because there were a lot of new players, and the lockdown situation probably hurt our chances to grow as a team earlier in the year.

Once we started to build that chemistry we began to see what we were capable of so I think everyone’s goal is to get back to that form as quickly as possible and get off to a strong start. That would be ideal.”

Ollie Horgan told FinnHarps.ie, “Kosovar progressed well last season once he got some games under his belt. It’s a big jump from underage football to the League of Ireland but he handled it well. The experience of last season will stand to him now and we’re delighted he’s with us again for 2021.”

To join the 500 club today or renew and expiring membership click here.

The 500 Club gave away 146 cash prizes totalling €23,400 in 2020 while providing essential funds to help the management team improve the first team squad.