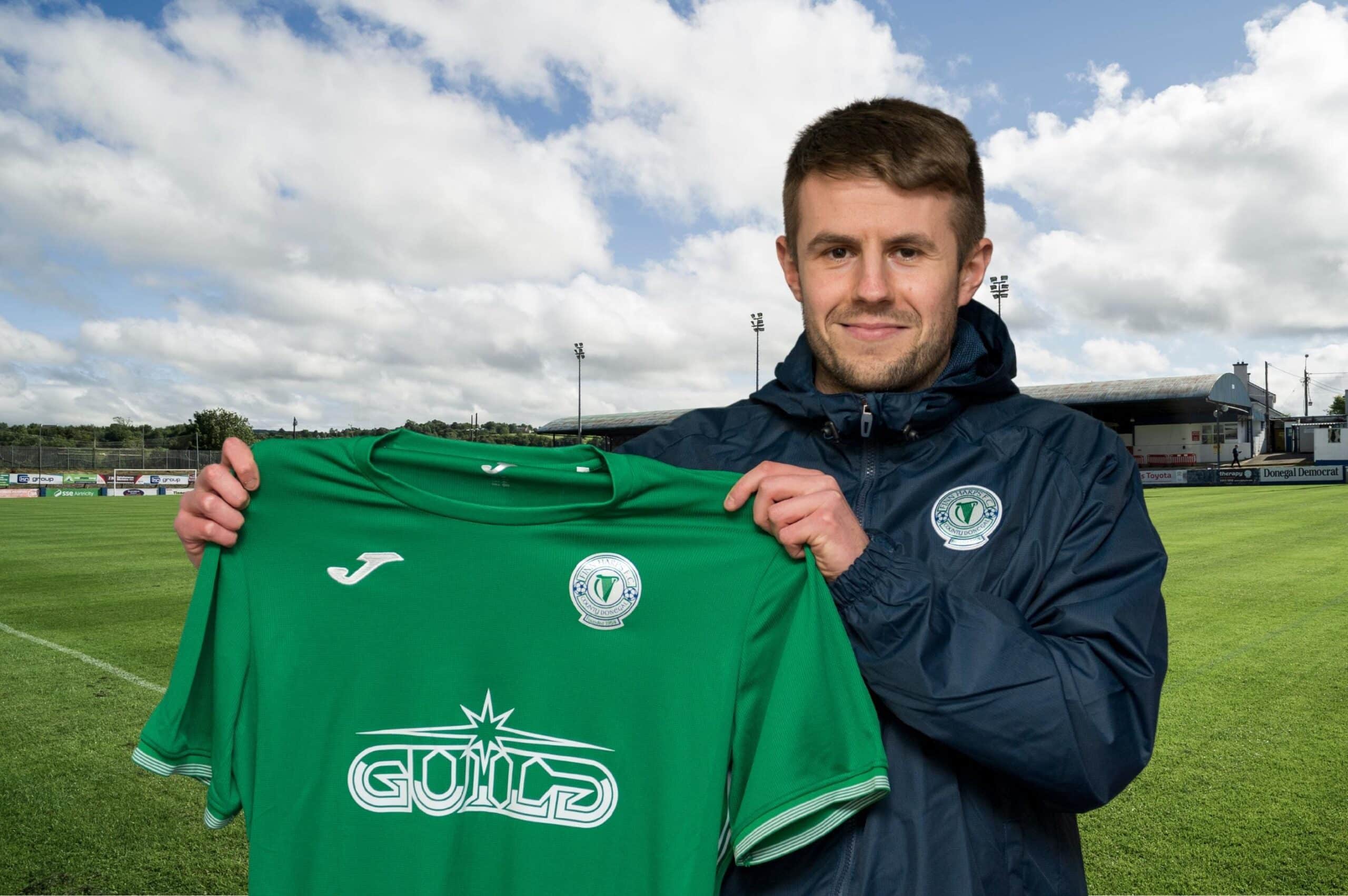 Finn Harps are delighted to announce the signing of defender Regan Donelon from Sligo Rovers.

Donelon returns for his second spell at the club, having spent the first half of the 2015 season in Ballybofey making ten appearances. He comes with a wealth of Premier Division experience having been a mainstay of Sligo Rovers sides over the past 8 years.

A defender by trade, Donelon is also capable of playing higher up the pitch and offers a serious threat from set pieces.

He told FinnHarps.ie: “Ollie got in contact with me fairly early on, he knew I had left Sligo, I met with him once and spoke to him on the phone and that was it really. It’s great to be back, I know what Ollie is about and how he works. I know the club from being on loan as a young lad starting my career, and also playing against Harps since.”

It was strange at the start to be heading off somewhere new, especially when I’ve been at Sligo for the last number of years. But you soon get used to the new surroundings, I’d know a lot of the lads from playing against them throughout the years. Everyone at the club has been very welcoming and I have settled in very well. It’s clear to see it’s a tight knit club.”

Having struggled for gametime last campaign, Harps’ new signing is eager to get back on the pitch. “Personally it’s a fresh start for me, I want to do well with the team and get back enjoying football again. Hopefully we can do well as a group and see where it can take us.”

Ollie Horgan told club media: “We’re happy to have Regan back with us. He’s experienced, a good lad and can play in a couple of positions which is important over a long season. He was with us before as a young ladeen and has really kicked on since so it’s great to have him on board.