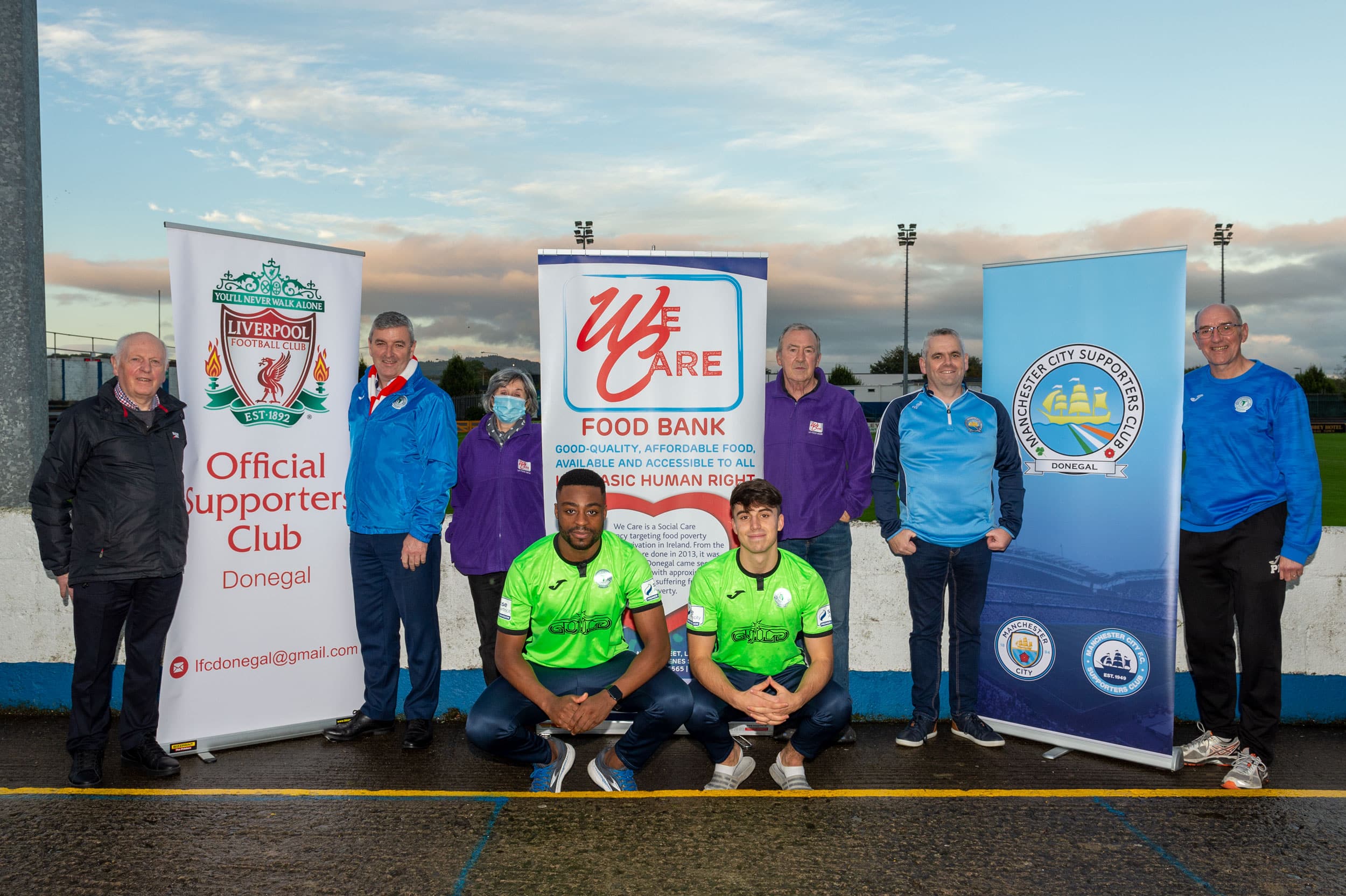 Vans will be manned outside the ground on Saturday from 6.00pm until kick-off by volunteers from both the Liverpool Supporters Club and Manchester City Supporters Club as well as Finn Harps FC and ‘We Care Food Bank’ organisations.

“It’s good to know that there are groups and organisations within our county that care about people’s welfare,” said Moira Sweeney of the ‘We Care Food Bank Donegal’.  Liverpool and Manchester City Supporters Clubs along with Finn Harps are showing that there is great generosity of spirit in the football world.  We thank you for helping our causes.”

David Moen, Liverpool FC Supporters Club, Donegal said: “Following the recent tough times we understand it’s more important than ever to support the ‘We Care Foodbank, so the Liverpool FC Donegal branch are proud to join up with our Manchester City counterparts and Finn Harps to help those most in need in our county.”

Joe Doherty, Manchester City Supporters Club, Donegal said: “We are delighted to be playing our part, along with the Liverpool Supporters Club in the County and Finn Harps FC, to bring much needed attention to this very worthwhile cause.  We hope the Donegal football public supports the efforts of the ‘We Care Food Bank’.”

For those unable to attend the game you can still donate on Thursday and Friday:

Saturday October 23rd (match day) For match goers from 6.00pm until kick-off collection vans will be situated at all entrances to the ground at Navenny Street and Chestnut Road (beside Aldi).