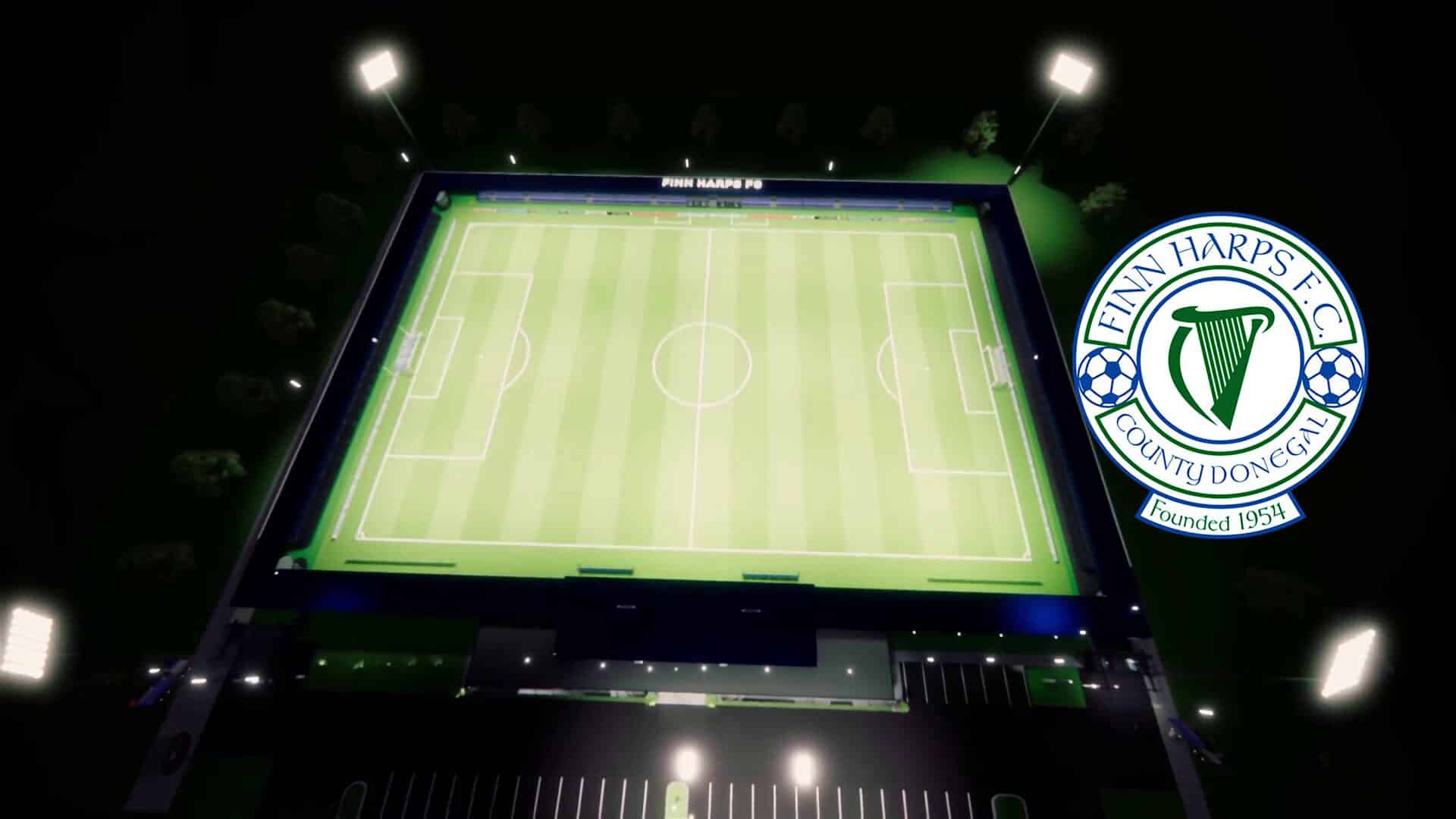 The long-awaited Donegal Community Stadium plans continue to move forward as the club work on fundraising initiatives for this “transformative” project.

Finn Harps today released a visualisation of elements of the hugely exciting stadium designs as club volunteers hit the streets for the latest in a programme of fundraising to help deliver the venture, which club chairman Ian Harkin described as a “game changer” for the club, while a key fundraiser for the project concludes next week, a draw for €20,000 in cash with all income generated vital to accelerating the project.

Harkin told club media “This project is about so much more than just a stadium, it’s going to be a catalyst for the club on so many levels, transformative really, a true game changer.  Not only will it support the development of our first team, and our underage teams at all levels (both boys and girls), and soon a senior women’s team to play there too.  But it will have a huge economic benefit for the whole region too.”

Just shy of €4m in grant funding from the Government’s Large Scale Sports Infrastructure fund was awarded in April 2021, and further boosts came in the form of €0.5m commitments from both the FAI and Donegal County Council.  Finally, following engagement with the Department of Tourism, Culture, Arts, Gaeltacht, Sport and Media on detailed design, value for money and other administrative requirements, the Minister of State for Sport and the Gaeltacht, Jack Chambers, gave the green light for the project in early August.

Working closely with Stadium Development Partners, Allsport Spectator Facilities Ltd, the club’s design team have refined the designs, putting atmosphere and match night experience at the heart of the concept.  Working with a modular system, the proposals will incorporate a fully enclosed, atmospheric stadium with a capacity of 6,130 and featuring two covered seated stands, two covered terraces (suitable for future seating) as well as state of the art dressing rooms, clubrooms and corporate facilities.  With the release of some virtual ‘footage’ of the promised land supporters will be able to truly imagine their dreams becoming a reality.

With the progress made by the tireless Stadium Committee and partners, the work began in earnest for the clubs Board of Directors and army of dedicated volunteers.  As a 100% fan owned club, run entirely by volunteers, elected by shareholders, Finn Harps will rely on a programme of fundraising to support the club’s financial commitments to the project.

“We have put together an array of corporate sponsorship options, including naming rights and corporate boxes” Harkin told club media, “while we also held a hugely successful event in London with the Donegal Golf Society London.  Right now though we are focused on our Fundraising Draw coming to a conclusion next week.”

The club’s volunteer base is mobilised in force this week hitting the street with a mouth-watering €20,000 cash first prize on offer.  The draw will be held at the final home match of 2022 against UCD next Friday, which is potentially one of Harps most important matches in recent years.

To support this vital project and help Harps supporters see their dreams come true, draw tickets are available online at https://finnharps.ie/annualdraw/ for just €20, or 3 for €50.  Entries close at 6:00pm on Friday 28th October with the draw taking place at Finn Park that evening.

Thanks to Press Record Videos for their help on this