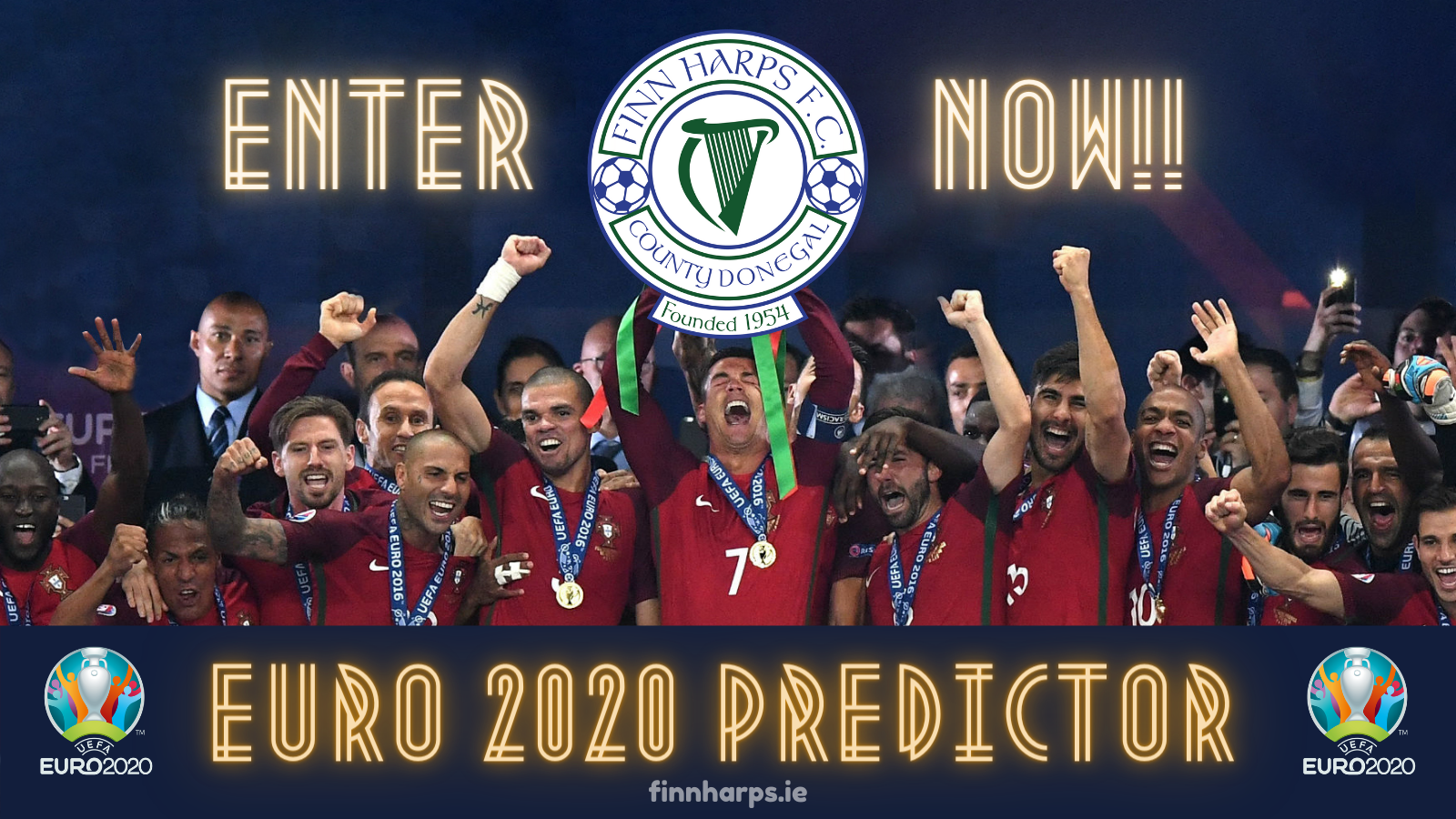 You’ve probably been wondering why the Euro 2020 (or 2021) build up has felt a little hollow so far haven’t you?

Well the answer is that there has (until now) been no sign of the fantastic Finn Harps prediction competition!  So here we are and the boys at UEFA can relax, Euros fever can officially kick off!

Yes, we are running a little late with the regular Euros sidebar, (which as ever is also an important fundraiser for Finn Harps FC) but you weren’t going to enter until the last minute anyway so its grand…..

The long running competition returns and it’s the usual format (see full rules below), as regular players you will be familiar with the added excitement the competition brings to the tournament, with every single game of the tournament mattering on your quest for glory.   With an entry fee of only €10 of which 50% will go to the prize fund with the other 50% to Finn Harps FC, so the more entries the more cash in the pot (e.g. 200 entries will mean a prize fund of €1,000).

Three years ago, Max McGonagle netted himself €910 for coming out on top during the 2018 World Cup. Five years ago the Euro 2016 Predictions Champ was Paul McHugh who picked up €715 for his trouble, while runners up were the collaboration of Aisling and Cathal Cannon who shared €210 with the third prize of €100 going to Sean McHugh.  Meanwhile at World Cup 2014 Tony Brogan was the champion picking up €735.

But who will be the Angela Merkel of this year’s competition?  As usual we will have regular score updates and (not so serious) commentary on the competition so far.

50% of ENTRY FEE WILL GO TOWARDS FINN HARPS FOOTBALL CLUB

50% OF ENTRY FEE WILL GO INTO PRIZE FUND AND WILL BE SPLIT AS FOLLOWS:

20 Points for each correct Group Winner

15 Points for each correct Group Runner-Up

20 Points for each team involved in Quarter Finals

25 Points for each team involved in Semi-Finals

35 Points for each team involved in Final

25 Points for winner of playoff

If two or more people are level on points after the above scoring, the tie-break question will be used to decide who is higher placed. The person who is closest to the number of total goals scored in the entire tournament, will finish higher in the event of a tie. Should two or more people still remain tied, the prize will be shared. The answer to the tie-break question will be based on your score predictions for each match