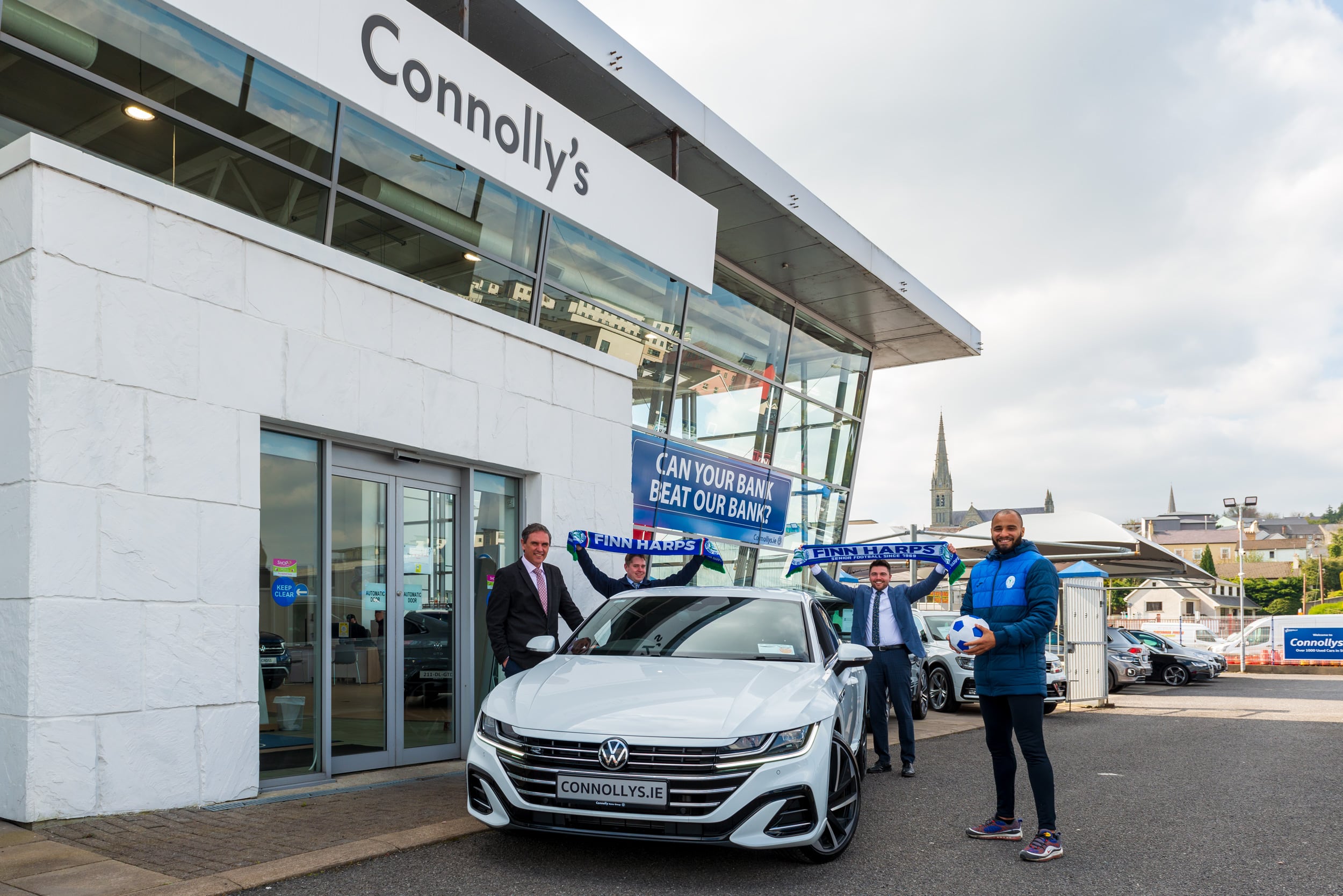 Finn Harps FC is delighted to announce that Connolly’s Volkswagen Letterkenny will sponsor the Finn Harps ‘Man of the Match’ award for the remaining home matches of the 2021 season.

The award will be presented to players announced at the end of fixtures at Finn Park beginning with Friday’s home match v St. Patrick’s Athletic.

Connolly’s Volkswagen are the main Volkswagen Dealer and Audi Aftersales in North Donegal, based on the Canal Road, Letterkenny.

Jessica Higgins Group marketing manager of Connolly Motor Group says everyone at the company is looking forward to teaming up with Donegal’s senior club;

“We are incredibly pleased to be supporting Finn Harps for the 2021 league campaign.  Ollie Horgan and the squad have given the Donegal sporting public a real boost by securing some very impressive results already this season.  The recent announcements about the new stadium points to a bright future so we are looking forward to being part of the journey.” she told club media.

Aidan Campbell, Finn Harps Marketing Officer said “We would like to thank Connolly’s Volkswagen Letterkenny for getting behind Finn Harps in what is a challenging but exciting time for the club.

It is important in these times supporters feel they are engaged with the action on the pitch and the Man of the Match award has always inspired lively discussion! We are looking forward to developing a mutually beneficial partnership with everyone at Connolly’s during what could be a memorable 2021 season.”