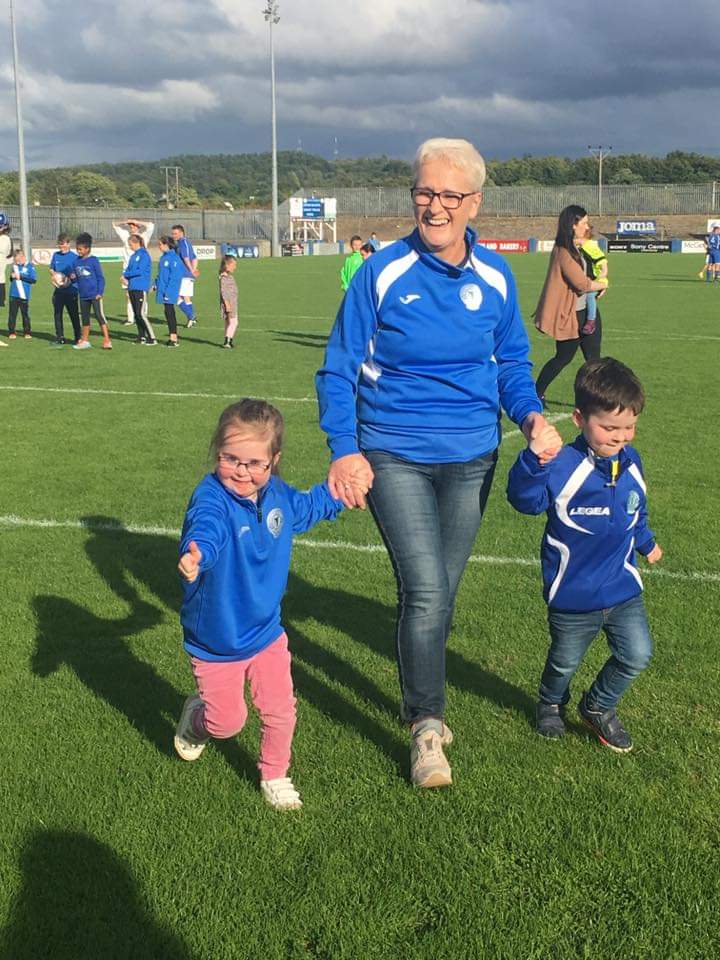 Finn Harps are delighted to announce that well known volunteer Ann Kelly has been appointed as the club’s Community Officer.

The voluntary role has been created as part of the FAI’s “More Than A Club” programme and Ann will have responsibility for growing relationships with local community groups, clubs, charities and working with the board to ensure that younger supporters enjoy a positive match night experience.  Following the launch of the €5 season ticket for primary school children Ann and her team will plan competitions and enjoyable projects aimed at building a genuine and long term connection between the club and Harps’ newest fans.

In addition to managing the supporters club shop with Kieran Crawford Ann has been the friendly face who welcomes match night mascots and flag bearers to Finn Park. Ann says “I am delighted to be taking on this role as I know Finn Harps can bring huge enjoyment and a real sense of community to young people and members of community groups.  In addition to being a successful fundraising venture,  last year’s partnership with Donegal Down Syndrome gave everyone involved a real sense of belonging during the very difficult lockdown period. I am looking forward to inviting many different groups & people to experience the magic of match night at Finn Park. “

Finn Harps director Aidan McNelis said  “Ann was the obvious choice for this role so we are delighted she has accepted our offer to take it on.  As a fan owned club, a sense of community is central to everything we do, so we are looking forward to working with Ann to make sure everyone feels part of the Finn Harps FC.  It was fantastic to see so many young people at our final match last year and we look forward to helping Ann build on the great progress getting young people engaged with the club.“