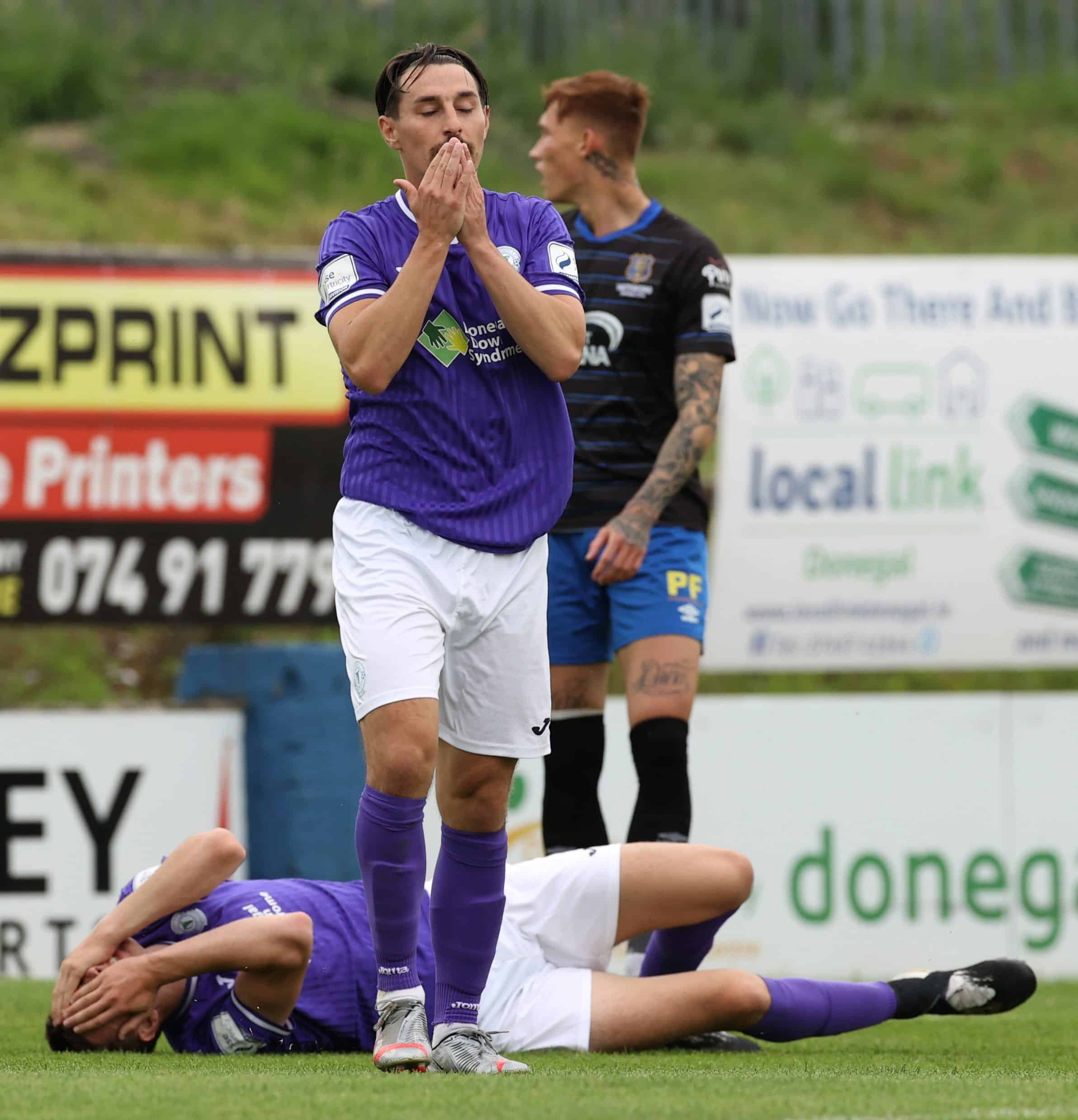 Finn Harps winning run over Waterford came to an end as the Blues snatched a 1-0 victory at Finn Park on Friday evening.

Harps began the game brightly as Finn Park welcomed back two-hundred supporters for the game. A few half chances fell Harps way but nothing too clear cut for Ollie Horgan’s men.

There was a big blow for Harps on the 25th minute as captain David Webster’s match was cut short due to picking up a knock, Ryan Rainey came on in Webster’s place.

Despite the early injury set-back, Harps remained on top with some nice passages of play along with the impressive intensity of their pressing on the Waterford defence.

The hard work nearly paid off on the half-hour mark, as Barry McNamee’s corner found the head of substitute Rainey who’s header needed to be cleared off the line by the Waterford defence.

Marc Bircham’s side woke up after nearly conceding and began putting the Harps defence under pressure with a few half-chances from set pieces and right on half time it paid off.

Waterford swung in a free kick from the left and a penalty was given after a foul by Jordan Mustoe for a push on Waterford defender Darragh Power.

Junior Quitirna stepped up and sent Mark Anthony McGinley the wrong way to make it 1-0 to Waterford on his first ever start for the club.

Harps came out fighting for the second half, and after just twenty-three seconds earned a penalty. Foley was fouled in the area after a great bit of play between Barry McNamee and Mustoe.

McNamee stepped up and struck his penalty well, but Waterford’s keeper Matthew Connor guessed correctly and saved the spot kick and Harps remained behind.

Harps kept up the pressure early in the second half and nearly levelled things on the 51st minute after Will Seymore played a brilliant ball through to Adam Foley who smashed the post from a tight angle.

It began to just not look like Harps day as the attacking momentum was nullified well by the Waterford defence. As the game entered injury time Waterford forward Prince Mutswunguma was sent off after receiving a second yellow, but it was sadly too little too late for Harps as Waterford held out for the victory.

Waterford are now only four points behind Harps as we enter the business end of the season. The next few fixtures will be vital for Harps as they look to finally put an end to this unwelcomed poor run of form.

The team travel to Oriel Park next Saturday to face Dundalk. Harps will look to take advantage of their tired legs as the team from Louth have to travel to Wales for European football on Tuesday.