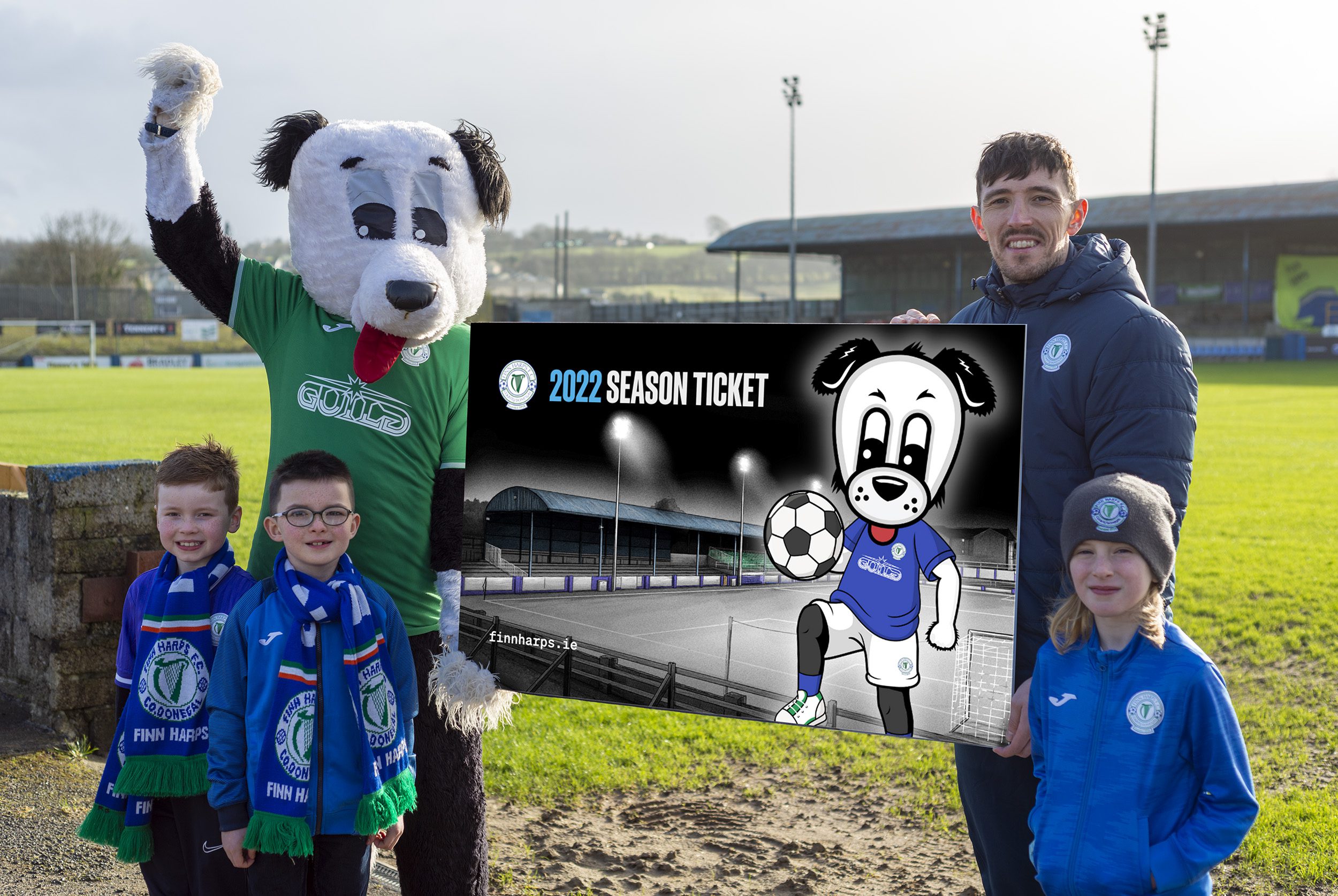 Tickets for Finn Harps opening home match of the Airtricity Premier Division are now on sale at finnharps.ie/tickets and the message from Ollie Horgan and the board of directors is to Pack the Park for the visit of Drogheda United and get behind Horgan’s new look squad from the start.

The club have confirmed admission prices will stay the same with the exception of a nominal charge of €2 for Primary School children. Finn Harps Marketing Officer Aidan Campbell said “We have been absolutely delighted with the huge numbers of young supporters at games over the past few seasons and we really want to build on that.  So, while there is a small admission fee for schoolkids we still have some of the cheapest prices in the country for kids and we want to emphasise that by offering a Primary School Season ticket for just €5 for 18 live home games that kids can still come to games for very little cost.”

Primary school season tickets are being made available up to 15% of the ground capacity and work out at just under 30 cents per game, while avoiding the need to book tickets online for each game and offering over 85% discount on paying per game.  There has been a huge uptake to date, with a 10-fold increase already in the number of Primary School season tickets compared to the start of 2020 season (prior to the Covid 19 pandemic), so parents are urged to buy early while stocks last.

And club Chairman Ian Harkin emphasises that it’s about more than just saving money – “We’ve seen the huge interest from children and families at our games over recent years.  They are a great night out for young kids in a very safe environment, and more and more young families are making a habit of coming to Finn Park.  So, we really want to get those kids feeling ownership and part of the club by getting used to having their own personalised season ticket for every home game.”

Meanwhile adult, concession and secondary student season tickets are also still available and also offer great value with 18 home games for the price of 15, with sale of these also significantly increased on recent seasons.

And manager Ollie Horgan feels that the backing off the clubs’ supporters at Finn Park will be crucial to his side in the opening games. “We’ve had a long close season and it’s been tough going, we’ve lost a lot of quality, but we’ve brought some in too.  We have quite a few new faces who are new to this league and it will be a savage division this year when you look at the players some of the other teams have added to what they had already.  We will definitely need the supporters behind us in big numbers, and we’ll need them right behind us.”

Season tickets ordered since before Christmas are in production and should be available for collection by the first home game.  Ticket holders are reminded that the QR Code on their e-voucher will scan for admission to games, while full details for arrangements to collect season ticket cards will be confirmed in the coming days.