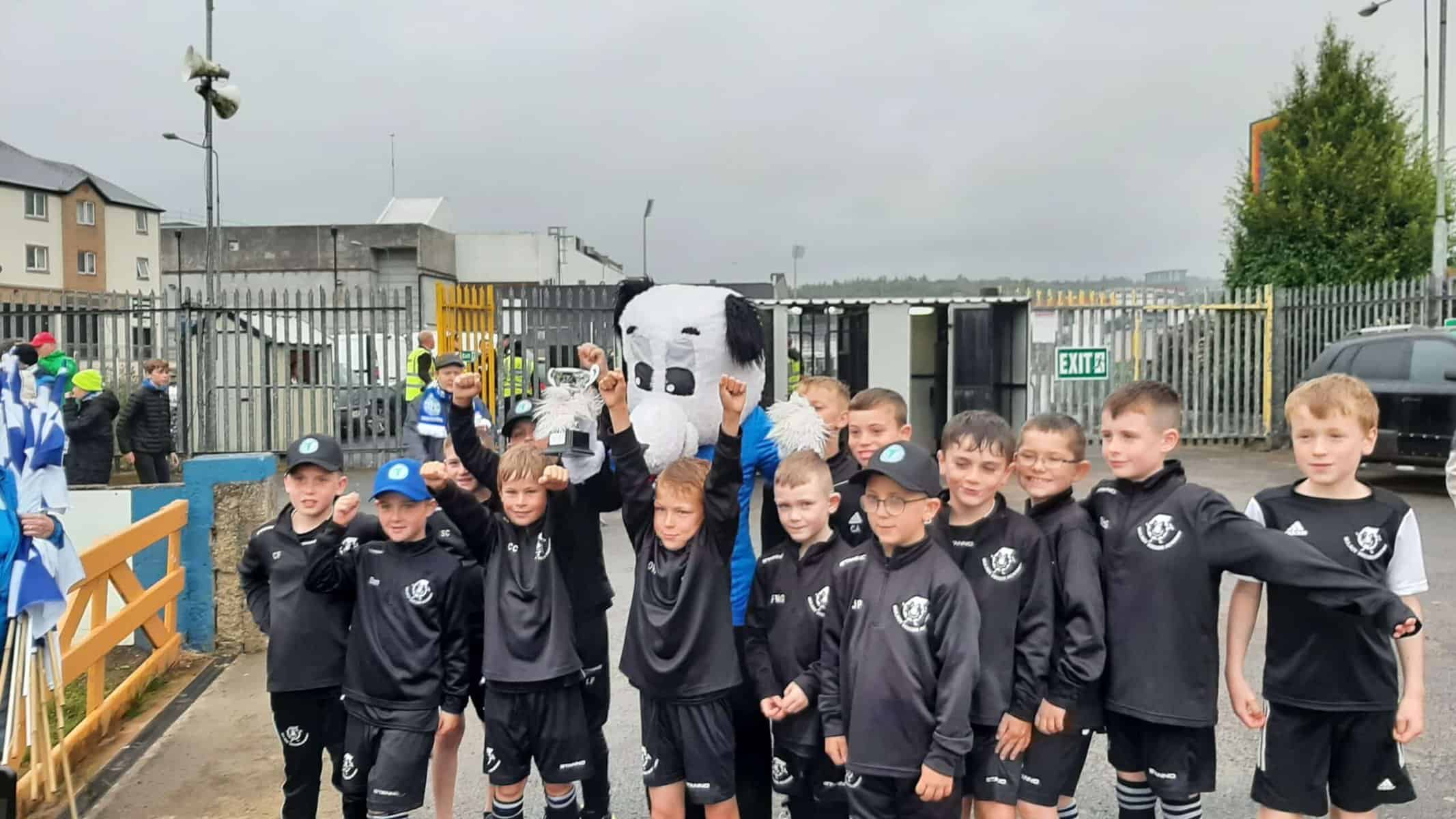 Finn Harps FC were delighted to welcome Mulroy Academ as our flag bearers for our game against Bohemian FC.

Mulroy Soccer Academy was formed in 2002 with a vision of promoting and encouraging the development of underage football for boys and girls aged from 4 – 16 years in the Fanad, Kerrykeel and catchment area.  The club officially launched on 27th April 2002 with Republic of Ireland goalkeeper and stalwart Packie Bonnar performing opening ceremony duties.  Mulroy Academy entered the North-West Schoolboys League in 2003 before eventually joining Letterkenny & District Schoolboys League in 2006. The founding members of the club were Fergus McAteer, Colm McGonigle and Eamonn McConigley

Throughout the years there have been many achievements for the club, from League and Cup honours to representative teams on the national stage as well as a plethora of players selected for various representative and County teams. The club has formed a great partnership with Finn Harps Academy with many players on the Finn Harps Development squads as well as playing in the National League in the varying age groups

Mulroy’s under 9 team represented the club on the Finn Park turf, fresh from their exploits last week in the Foyle Cup where they had a very successful week winning 6 of their 9 games through the week under the guidance of Manager Jonny Corcoran.