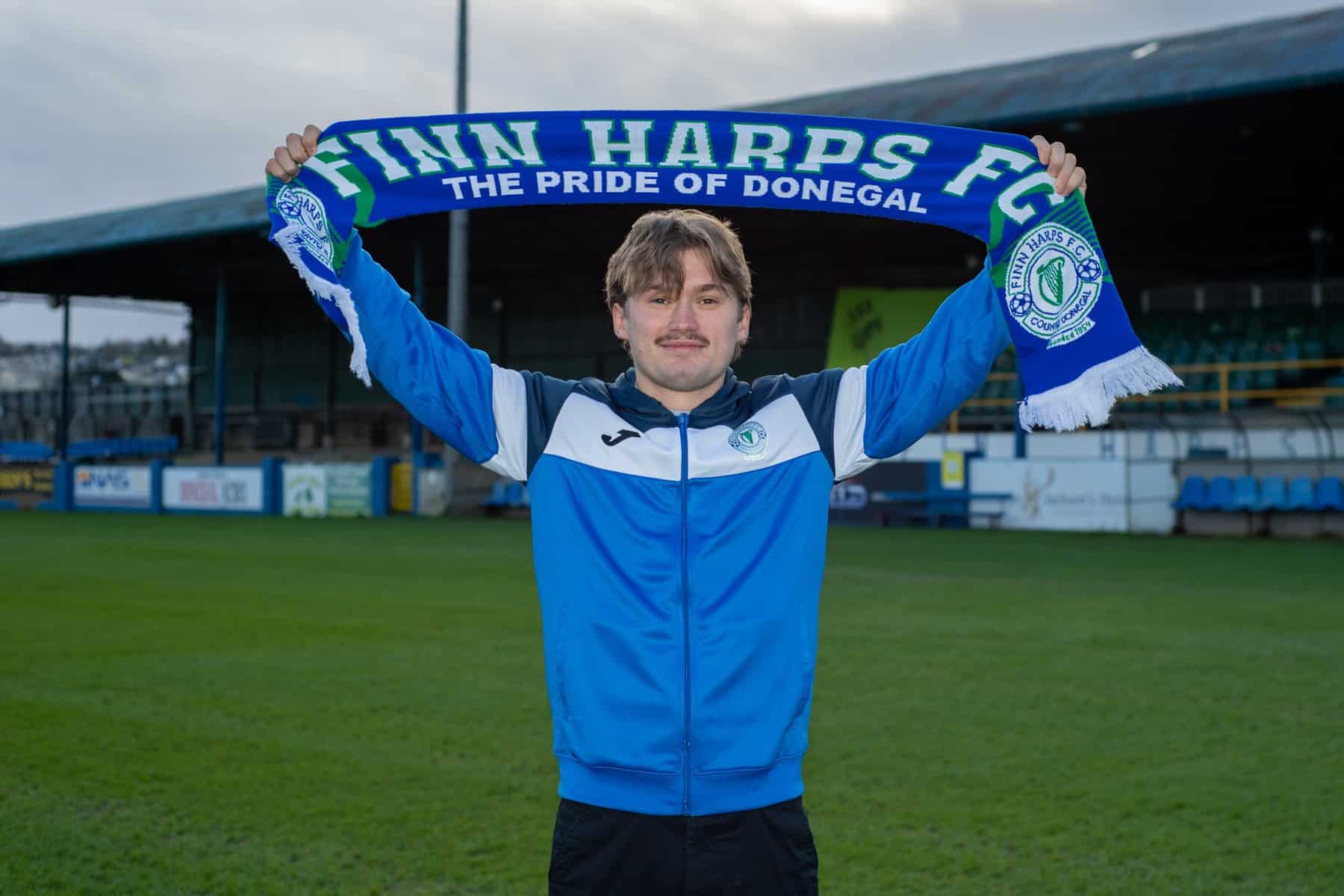 Finn Harps are delighted to announce the signing of Séamas Keogh. The 20 year old joins from neighbours Sligo Rovers on a two-year deal.

Keogh came through the Bit O’ Red’s academy after beginning his career with Benbulben FC. He moved to Premier League side Southampton in 2018 where he spent three years.

He returned to his native Sligo midway through the 2021 season, making 24 appearances and scoring once before making the move to Finn Park. Keogh has also captained Ireland at underage level.

He told club media: “I’m very excited to be here. After speaking to Dave and hearing his passion and vision for the club I knew that I had to be part of that journey. I can’t wait to be playing in Finn Park and to meet all the fans. As soon as I spoke to Dave and heard the way he spoke about the club, I knew I wanted to be here and show what I can do!”

Harps boss Dave Rogers added; “I am absolutely delighted to bring Séamas to Finn Harps on a 2 year contract.

From our very first meeting, I could sense the passion and hunger in Séamas and his desire to commit and be part of our future was a real plus point for me. His technical ability and game understanding is second to none and Séamas fits all the criteria and profile of the type of player and person I want at Finn Harps FC.

We have beaten off some strong competition to win Séamas’ signature and hopefully he can now kick on under our guidance and become a fan’s favourite at Finn Park.”

Help Dave build for 2023 and be #PartoftheTeam here

Get your 2023 Season Ticket here