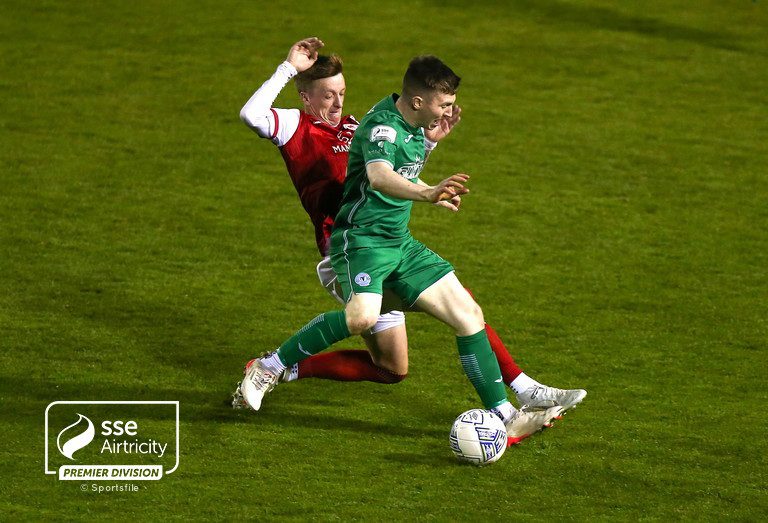 Finn Harps suffered a 2-0 loss tonight against St Patrick’s Athletic. An Eoin Doyle brace was enough to separate the sides in a tough match.

It was a busy start to the game for Mark Anthony McGinley who had to make saves to deny Doyle and Darragh Burns inside the opening 20 minutes.

Despite being compact in defence for the majority of the first half, Harps would concede five minutes before the break. Eoin Doyle headed home Billy King’s cross from close range to give the hosts the lead going in at half-time.

Harps started the half strong, substitute Mark Timlin forcing West Ham loanee Joseph Anang to make a save for St Pat’s to keep their lead intact.

Unfortunately for Harps their promising start to the second half was diminished after a soft penalty was given to St Pat’s on the 58th minute. Doyle stepped up and confidently placed the ball into the bottom right corner to double the Saints lead and score his fifth goal of the season.

Harps tried to get back into the game through substitutions, but the team just couldn’t get the momentum on their side long enough to make an impact on the scoreline.

It was a frustrating night for Harps the team will already be preparing for next Friday’s home game against Damien Duff’s Shelbourne as Ollie Horgan’s side will aim to move up the league table.