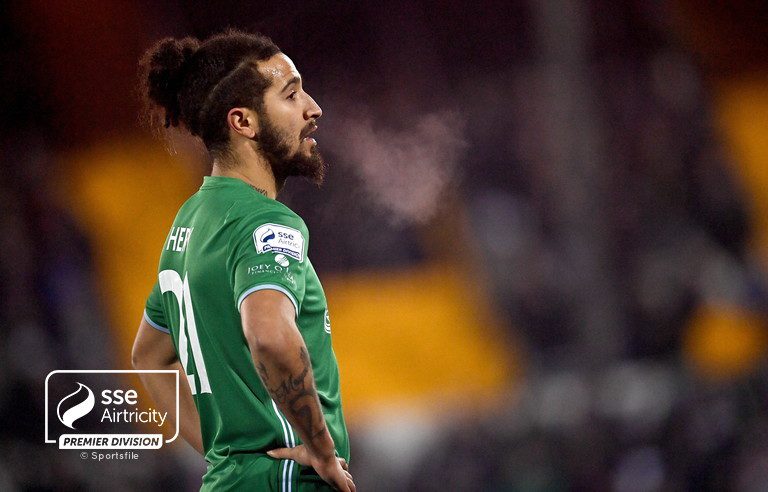 Finn Harps suffered a 1-0 defeat against Sligo Rovers on Easter Monday this afternoon. Former Harps man Karl O’Sullivan’s goal was enough to make the difference in the derby game.

It was a quiet opening 15 minutes to the game with the only opportunity falling to Filip Mihaljevic who headed Ethan Boyle’s cross wide of goal.

Sligo began to find their way into the game and forced Mark Anthony McGinley into a massive double save to keep the scoreline at 0-0.

Unfortunately for Harps, they couldn’t keep Rovers out much longer. A quick counter-attack from the away side ended with Karl O’Sullivan helping the ball into the net after a goalmouth scramble.

Ollie Horgan’s side struggled to create much for the remainder of the first half, with their best chance coming from a Regan Donelon free-kick but Rovers keeper Ed McGinty was equal to the attempt.

It was a positive second half for Harps, who were more physical and began seeing more of the ball. The home side continued to push hard but Rovers defended well to keep Harps out.

Substitute Luke Rudden had Harps best chances but strong blocks by Sligo defenders meant that Liam Buckley’s men held on and took all three points back to the Showgrounds.

It’s a tough defeat for Harps who just could not find the final finish in the box. Up next for the team is an away trip to Richmond Park on Friday to face St Patrick’s Athletic.