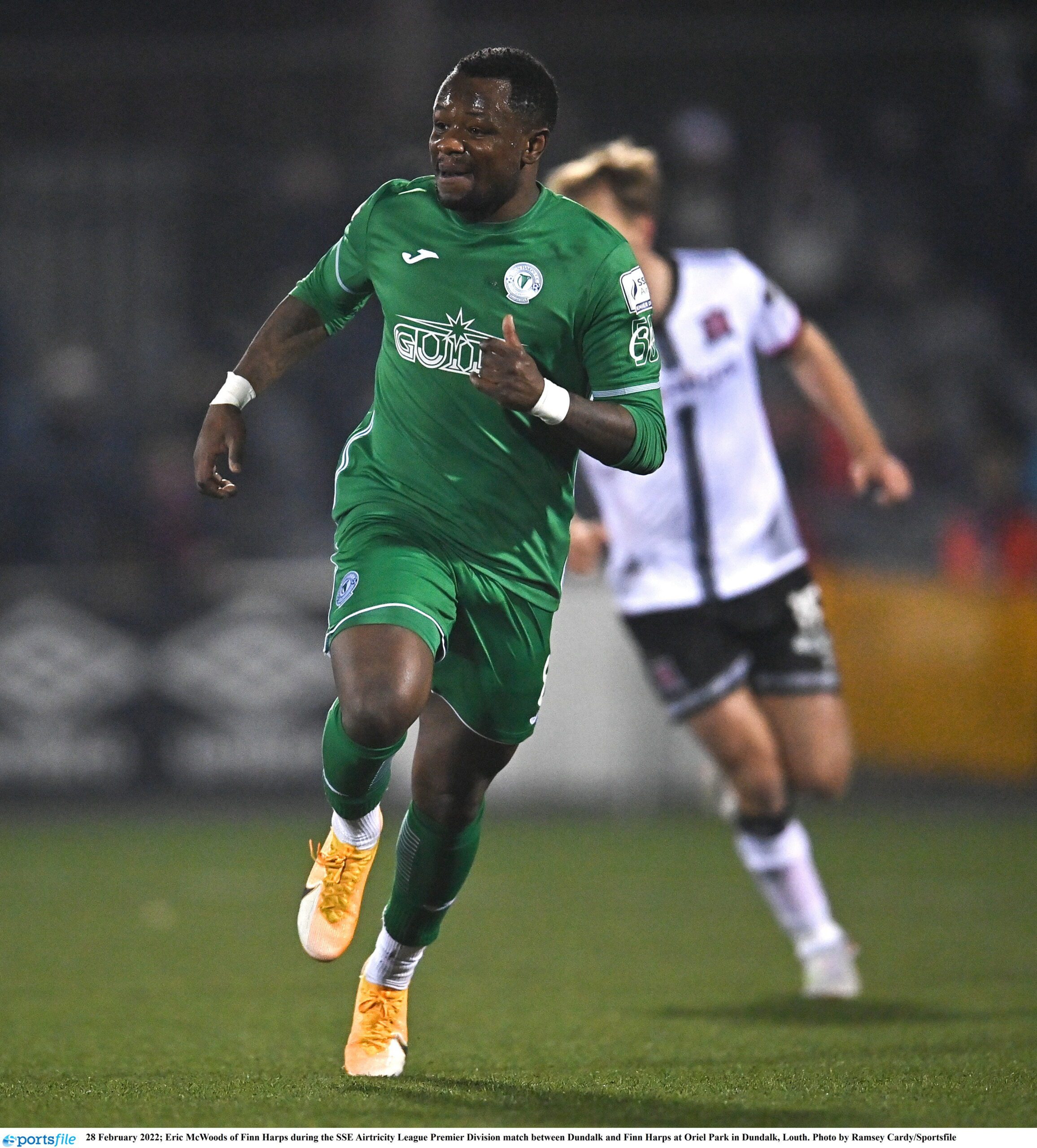 Finn Harps suffered a 1-0 defeat to Dundalk tonight in the SSE Airtricity League. Daniel Kelly’s goal was the difference between the two sides.

It was an even start to the game with neither side creating any early clear-cut chances. Harps came close 20 minutes in when Ryan Connolly found Eric McWoods out wide, but his threatening cross was just missed by Yoyo Mahdy.

Mahdy came close again five minutes before half-time but his shot went wide of the post. Despite being unable to find the net, Harps were playing some nice football, getting into good areas to attack the Dundalk defence.

Despite the positive first half from Ollie Horgan’s side, it was Dundalk who would open the scoring 10 minutes into the second half. A Dundalk cross ended up falling to Kelly in the Harps area whose right-footed shot found the back of the net, Regan Donelon attempted to block the ball on the line but could not get enough on it.

Harps began to push for an equaliser and came close through Connolly, but a spectacular save from Nathan Shepperd kept Dundalk ahead. The home side continued to attempt to break down the Lilywhites defence but struggled to find the final touch required. McWoods had a chance late on for Harps but his shot flew over the crossbar.

It’s another tough loss to take for Harps who fail to take any points tonight despite playing well.

Horgan’s men will look to get back to winning ways back this Friday as they travel to the Brandywell to play Derry City.