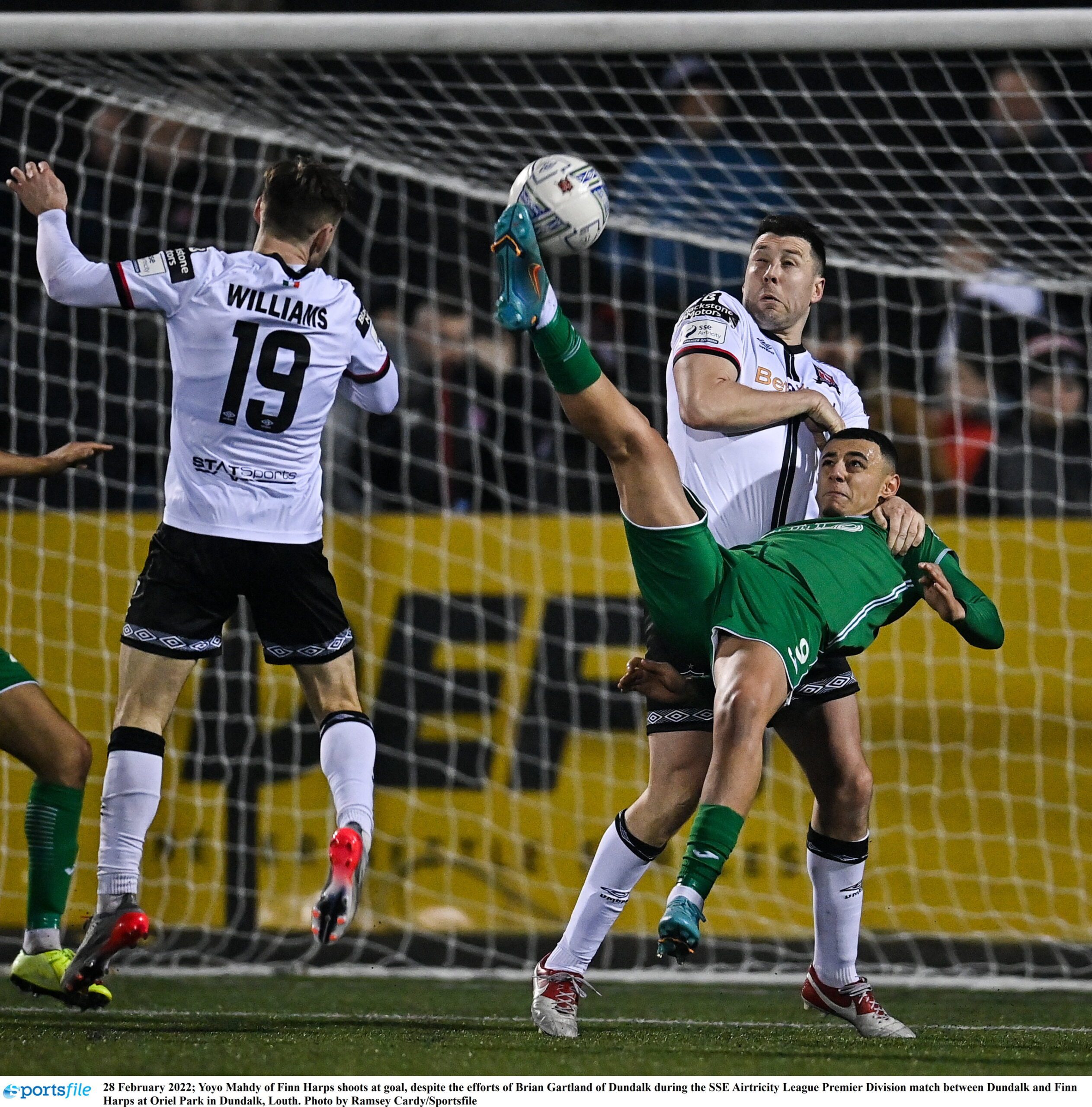 Finn Harps suffered their first loss of the season tonight after a 3-0 loss to Dundalk at Oriel Park. It was a game of two halves as Harps dominated the opening 45 but Dundalk took their chances and went home with the three points.

Harps started strong and came so close to scoring in the opening quarter of an hour as Filip Mihaljević had his shot cleared off the line by Lewis Macari. Ollie Horgan’s side continued to dominate and Ryan Connolly’s dipping volley from just outside the area forced Dundalk goalkeeper Nathan Sheppard into a great save.

Harps again came close on the 30-minute mark as Mihaljević hit the crossbar. The missed chances came back to haunt Harps just before half-time as Dundalk loanee Steven Bradley cut in from the right-hand side and fired one past Mark Anthony McGinley to give the Lilywhites the lead.

The second half was barely underway when Dundalk doubled their lead. Sam Bone’s left footed strike found the back of the Harps goal.

Horgan’s men continued to try to push for a goal but struggled to carve out any real chances besides Elie N’Zeyi coming close in the 55th minute.

As the game entered the latter stages, Steven Bradley picked up the ball just inside the box and hit a brilliant left foot volley into the top left corner which McGinley could do nothing about. The Scottish winger now has four goals in three games in the league this season.

Harps will be happy with the promising first half display at Oriel Park and will look to build upon the performance.

There is little time to rest for Harps as they host Bohemian’s in four days’ time. It will be the first game of the season at Finn Park after last week’s postponement due to weather conditions.