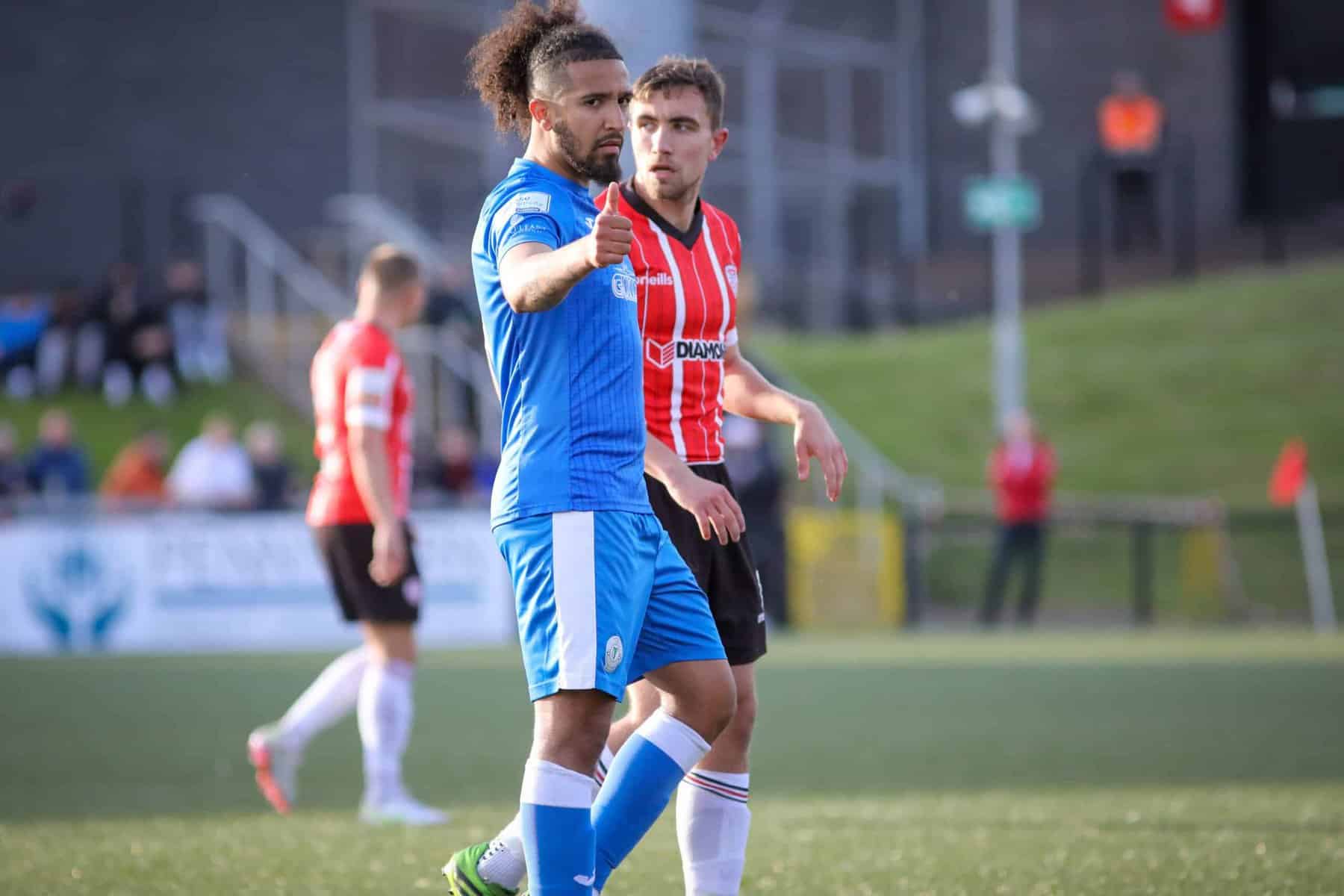 Finn Harps played out an entertaining 2-2 draw with rivals Derry City tonight in the SSE Airtricity League. Goals from Filip Mihaljevic and Eric McWoods were nearly enough for Harps but a last-minute goal from Derry meant that Ollie Horgan’s side had to settle for a point.

It was a great start for Harps as Mihaljevic’s strike from close range found the bottom left corner to give the away side the lead just eight minutes in. It was Mihaljevic’s third goal of the season as he continues to impress for Harps.

Harps nearly doubled their lead at the Brandywell early on as Regan Donelon’s free kick hit the woodwork. Horgan’s side would regret the missed opportunity as just 10 minutes later Will Patching’s long distance free kick looped over Mark McGinley and into the back of the Harps goal to make it 1-1.

Horgan’s men were playing the better football in the first half, controlling possession confidently and using Mihaljevic as an outlet in the final third to cause problems in the Candystripes defence.

It wouldn’t be a Harps game without Horgan getting a booking, which he received in the 41st minute for complaining after Ryan Rainey was fouled.

Harps continued to impress in the second half, and they got their reward in the 65th minute as they regained the lead. Bastien Hery played a through ball to Eric McWoods who finished well past Brian Maher to make it 2-1.

The final quarter of an hour turned quite scrappy from both sides as Harps attempted to see out the game. Harps remained strong in defence and McGinley made an impressive stop to remain in the lead entering injury time.

Unfortunately for Harps, a last-minute header from Eoin Toal made it 2-2, meaning the sides shared the points tonight.

It was a performance with plenty of positives for Harps though, playing some impressive, confident football. Up next for Horgan’s side is a home fixture against Bohemians on June 10th.