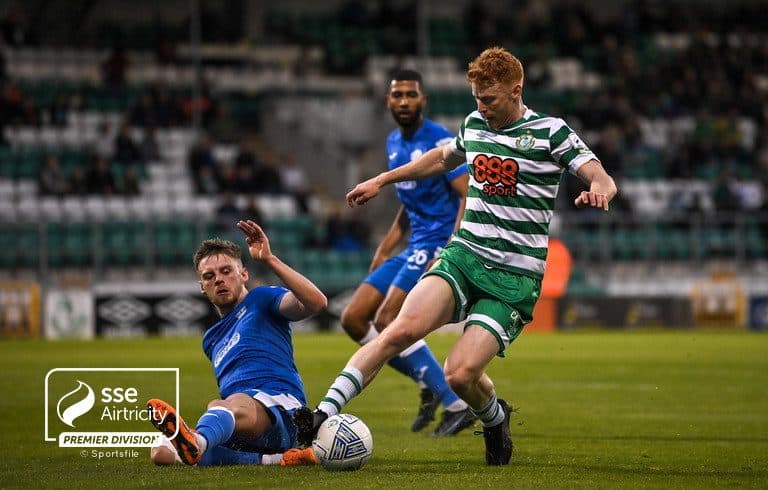 Finn Harps take on Shamrock Rovers this Sunday in SSE Airtricity League Premier Division action. Kickoff at Tallaght Stadium is 7pm and the game is live on loitv.ie.

Ollie Horgan told FinnHarps.ie “We played well at times last week and feel we could have taken something from the game. A couple of minutes of madness saw us concede two goals and it was always going to be an uphill battle from there, but in fairness to the lads they got us back into the game and kept fighting to the final whistle but it wasn’t to be.

There is no point pretending we’re not seriously up against it now on Sunday. Rovers are a serious side, they’re competing in the group stages of Europe and they’ll want to maintain their lead at the top of the table having lost to Bohs last week. We’ve improved in the last couple of games but we need to be at our absolute best to have any chance, and even that might not be enough. We’ll take a cut off it anyway and see where we end up.”

In team news David Webster misses out through injury, while Rob Slevin, Regan Donelon, Elie-Gael N’Zeyi and Mark Timlin are doubts. Ryan Connolly and Ryan Rainey are available once again but Liam McGing is suspended.