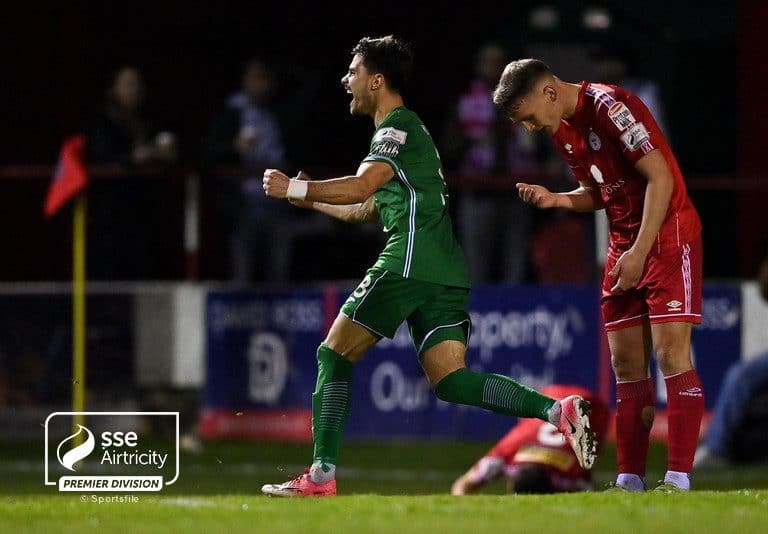 Ollie Horgan told FinnHarps.ie “We’re down bodies through suspensions and injuries but there’s no more room for excuses. We need to get points on the board or we won’t be playing Premier Division football next season. Shelbourne are coming in probably their best form of the season. I watched them beat Bohs 3-0 in the cup a couple of weeks ago, and Bohs obviously came up here and won 2-0 last week so that gives an indication of what we’re up against.

All that being said, we’ve never been one to fear the odds in my time here and that won’t be starting now. We’ll prepare as best we can and give it our absolute best come kick-off to pull off an upset.”

Harps vice-captain Barry McNamee added: “Our supporters have been quality this season even when maybe we haven’t done the business for them on the pitch. They give us a massive lift and we’ll need them now for these next three home games especially to push us on and make it difficult for the opposition.

The margins are so tight in this league that anything that gives us an edge can make all the difference. So come in the gates, be loud, bring your friends and we’ll do everything we can to keep Premier Division football in Donegal.”

In team news David Webster misses out through injury, while Conor Tourish, Ryan Connolly, Filip Mihaljević and José Carrillo are doubts. Ryan Rainey and assistant manager Gavin Dykes are both suspended, having been sent off last time out.