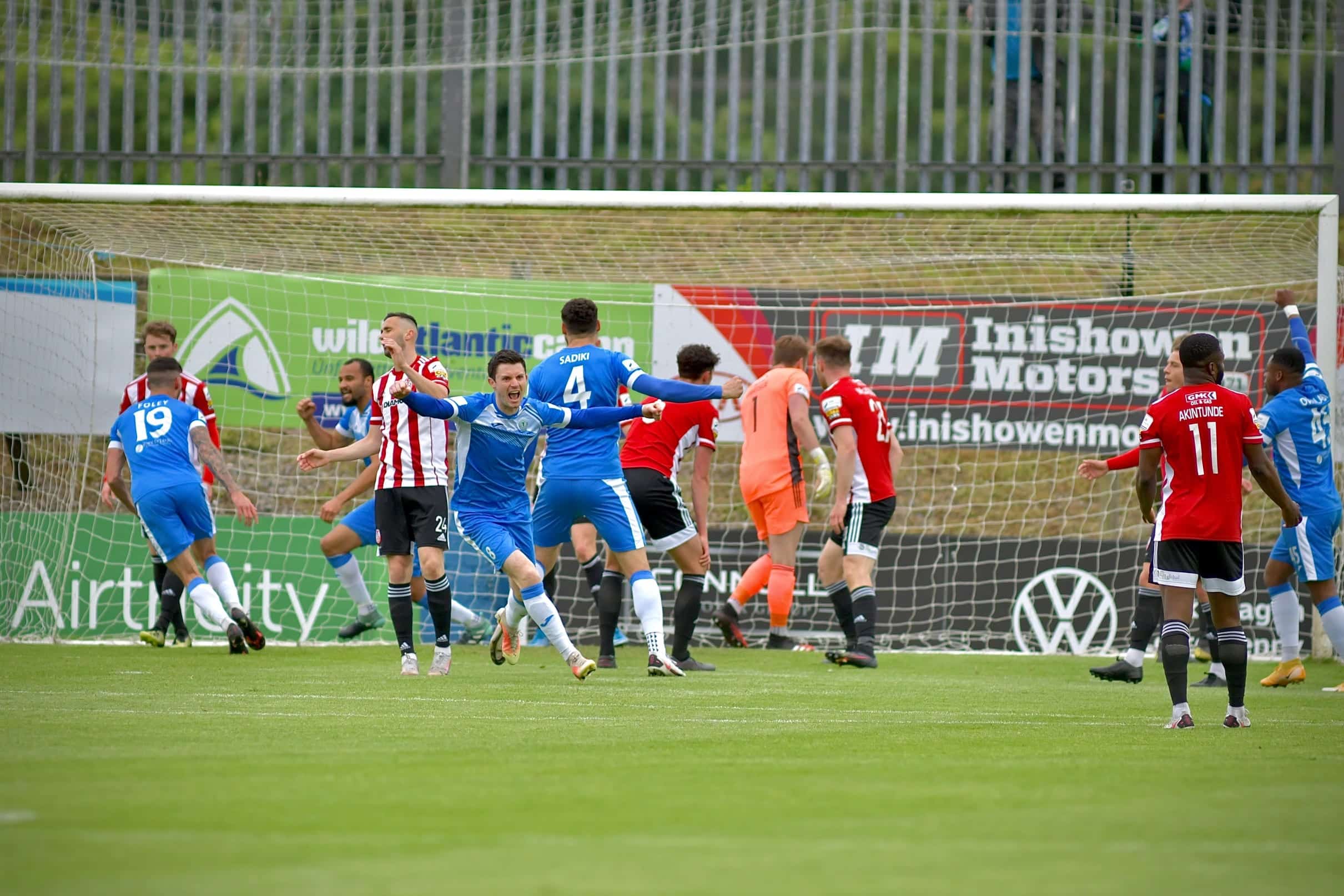 Finn Harps will look to get back to winning ways on Friday night as they play host to Longford Town. Kick-off at Finn Park is 8pm and the game is live on loitv.ie.

De Town come into the game bottom of the table but they will count themselves unlucky to have not tallied more points based on recent performances and will be hoping to notch their first win since the opening day of the season. The previous meeting between the teams this season ended in a scoreless draw back in April.

Speaking ahead of the game, Ollie Horgan told FinnHarps.ie: “Longford are a damn good side, as are all the teams in the Premier Division. We got a draw there earlier in the year which looks like a good result at the minute. They ran riot up in Dundalk there last weekend and came away with a draw and were unlucky not to take all three points. There are some fine footballers in that squad at both ends of the pitch, especially on the attack and they’ll present a very tough task now on Friday. ”

In team news, Karl O’Sullivan is once again available for selection having missed Monday’s clash with St. Patrick’s Athletic through suspension. Johnny Dunleavy, Stephen Folan, Mark Timlin, Tony McNamee, Ryan Connolly, Shane McEleney and Tunde Owolabi are all unlikely to feature for a Harps side beset by injury.

Thanks to Match Sponsor Letterkenny Retail Park and to Ball Sponsor Sandfield Pitch and Putt.