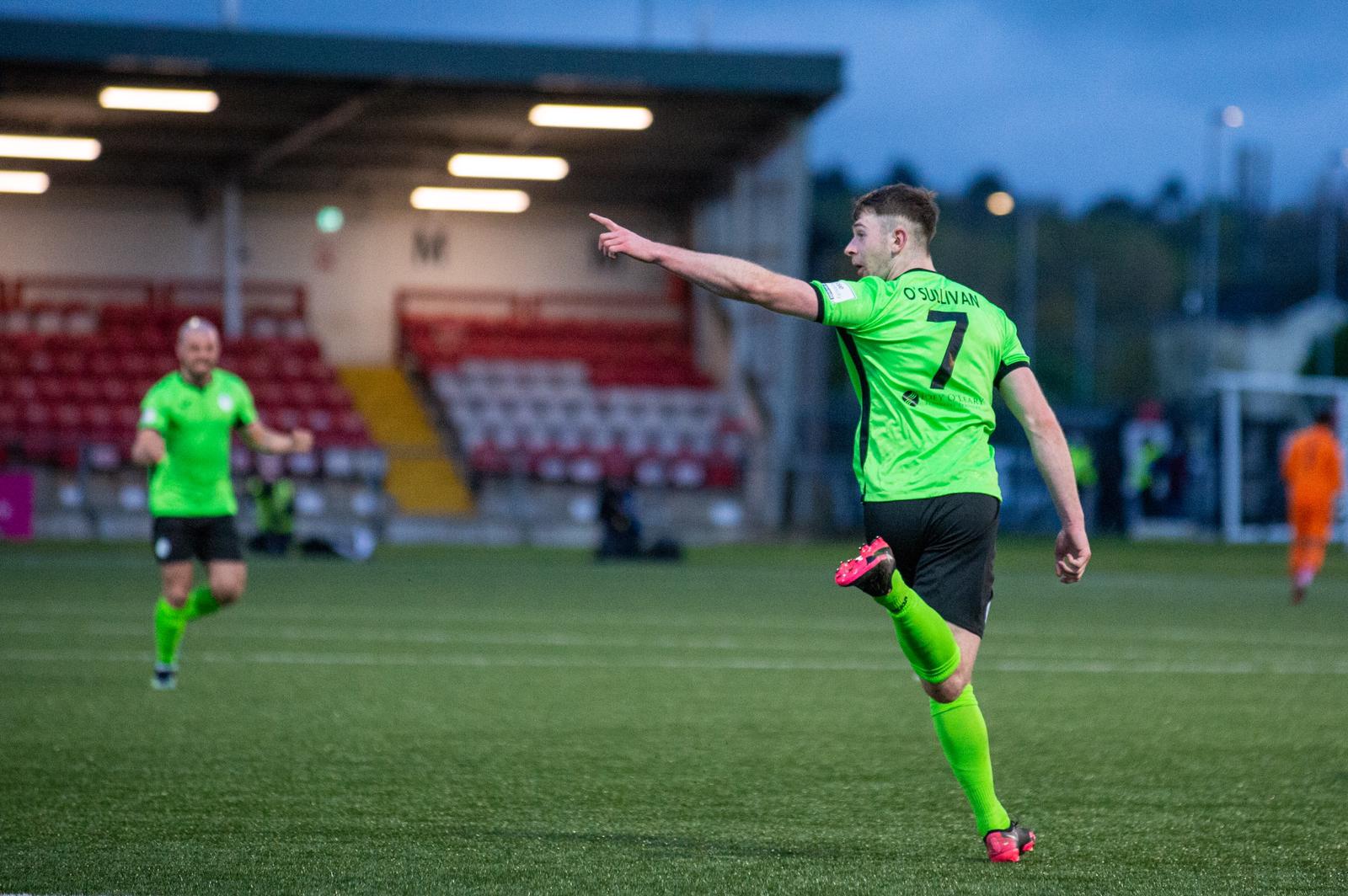 Finn Harps play host to neighbours Derry City tomorrow night at Finn Park. Kick-off is 8pm and the game is live on loitv.ie

The club’s previous meeting this season ended in a victory for the Harps as they battled back from a goal down to earn their first ever league win at the Brandywell.

The game sees a return to stadia for a section of supporters, with 100 Match pass holders set to be in attendance.

Speaking ahead of the game, Ollie Horgan told FinnHarps.ie: “It’s no good battling to a draw in Tallaght if we then go out flat against Derry now this weekend. They got a similar result in Tallaght a few weeks ago and they have definitely kicked on since we last played them.

We’re delighted to have some fans back in the ground with us. We’ve missed them dearly, and everything we’ve done over the past few years has been on the back of their support at Finn Park.”