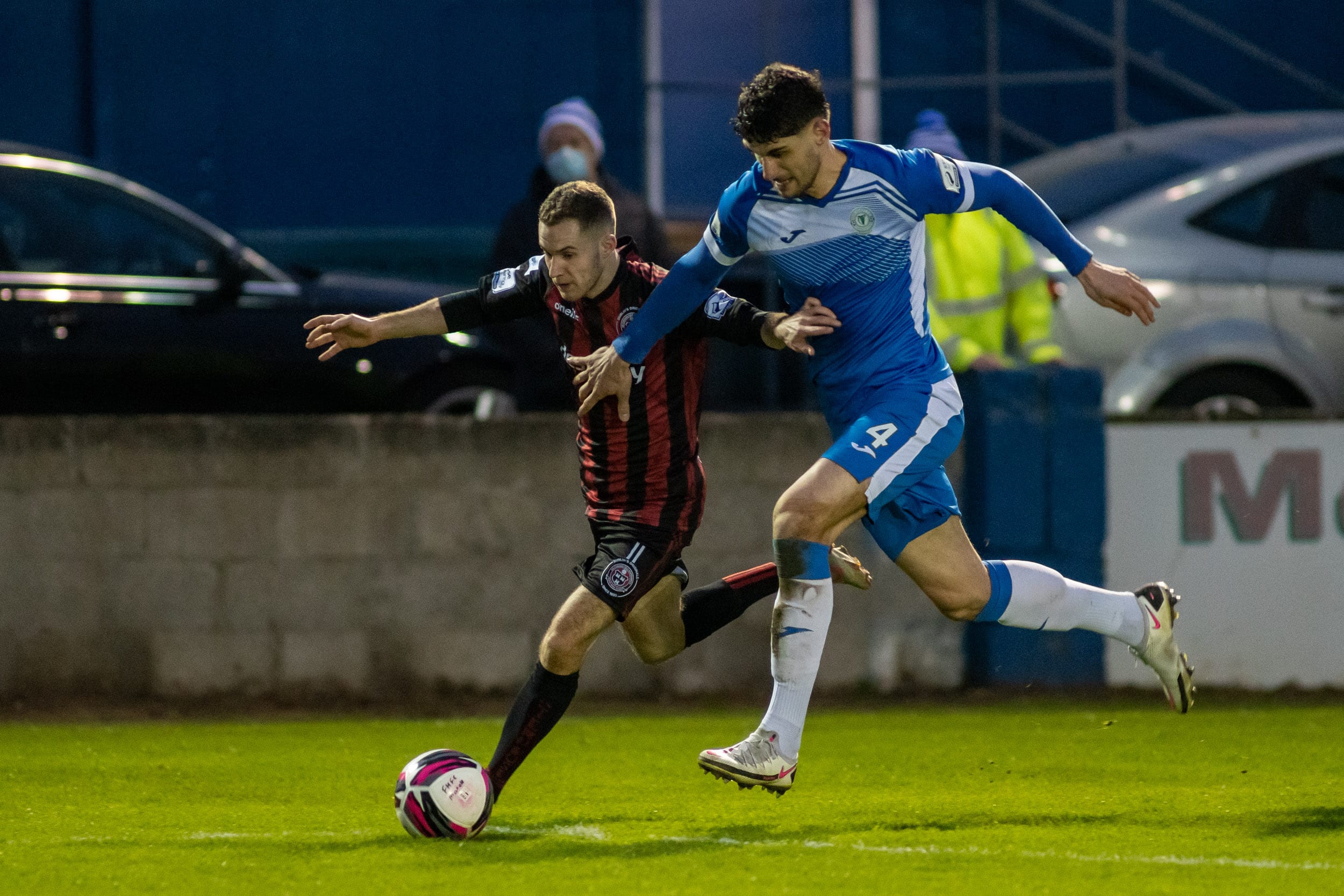 Finn Harps make the trip to Louth for the second time in as many weeks as they take on Drogheda United at Head in the Game Park on Saturday evening.

The last time the sides met was in a thrilling playoff leg at Finn Park, where Harry Ascroft’s goal on 116 minutes kept his side in the Premier Division.

Both clubs have started the 2021 campaign strongly, with Harps boasting two wins from two and sitting atop the league table. Drogheda ran out victorious in their opening game vs Waterford before a last minute winner last weekend denied them a draw at St. Pats.

Ollie Horgan spoke to FinnHarps.ie ahead of the game:  “The game against Drogheda was always going to be massive because of how close the two teams were even in separate divisions regardless of how the opening games went.

They’ve players of huge quality in the door, league winners in Dane Massey and Ronan Murray, Gary Deegan who’s not long back from playing over in England and then Dinny Corcoran who has always been a thorn in our side. That’s to take nothing away from the likes of Jake Hyland, Mark Doyle and plenty others who have been there a few years now either. It’s going to be a massive game and even if we’re right we still might not get anything out of it.”

On the injury front, Harps’ strong start has not been without cost, as there are a few players unlikely to feature with injury including Ryan Connolly and in-form Adam Foley.