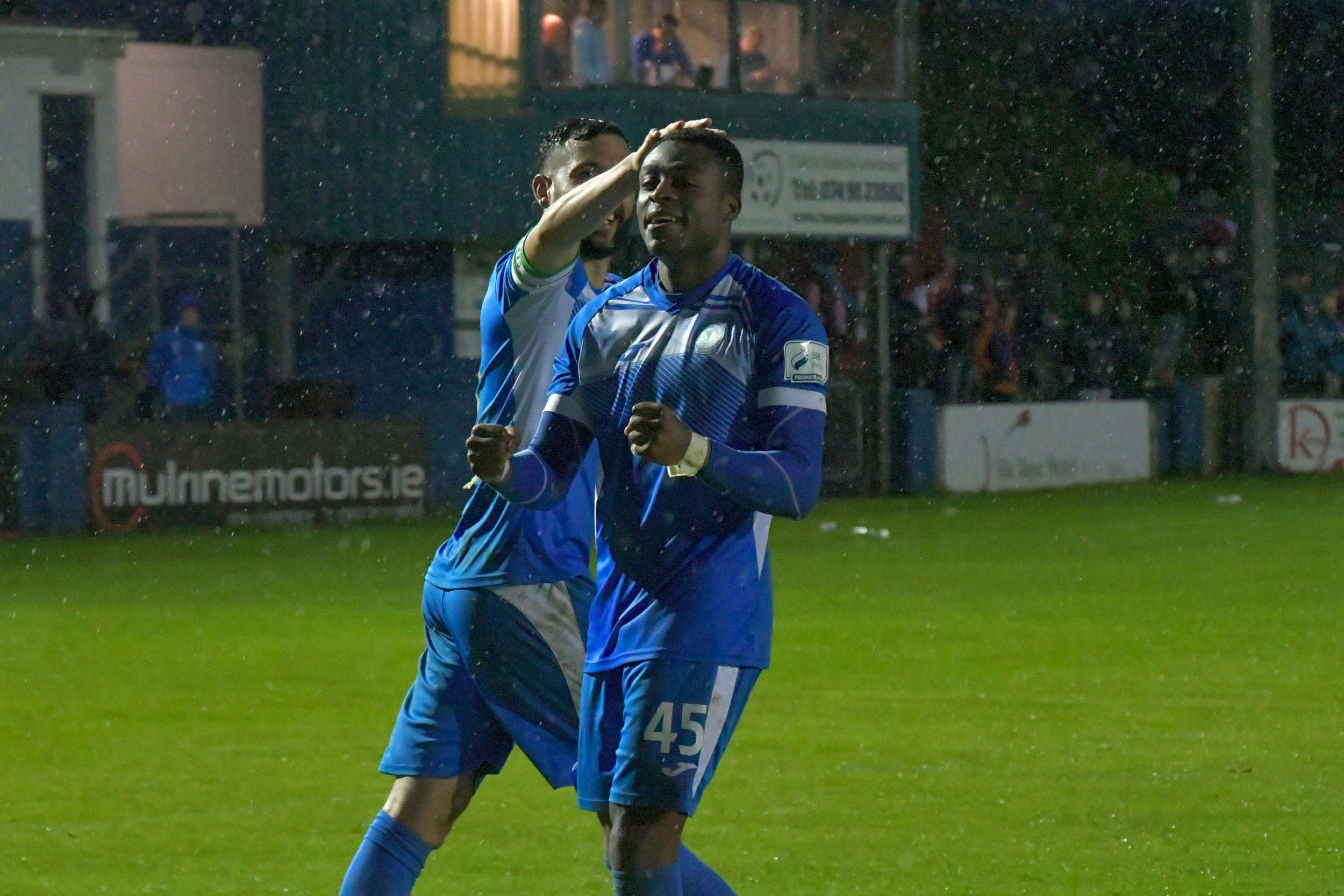 It’s four wins on the bounce for Finn Harps as they dismantled St Patrick’s Athletic 3-1 at Finn Park as even more fans were welcomed back to the stadium.

The opening exchanges were quite even but at the ten minute mark Harps broke the deadlock. Tunde Owolabi curled a shot into the bottom right corner to give Harps the lead.

The lead lasted just one minute though. St Pat’s hit a low cross into the box and it hit off Barry McNamee’s hand as he attempted to slide to stop the ball reaching a St Pat’s player.

Chirs Forrester slotted his penalty into the bottom left corner to bring the game level.

Tunde Owolabi had his best game in a Harps shirt to date and was causing all sorts of problems for the St Pat’s defence.

Constant threatening runs in behind meant the St Pat’s defenders had to be on high alert to stop Owolabi, who fired a shot just over the bar in the 22nd minute.

Owolabi’s hard work paid off eventually, four minutes before half time he scored his second of the game. The forward used some brilliant pieces of skill to find an opening for his shot which he fired across goal into the bottom left corner to help Harps regain their lead.

Things got even better in the second half for Owolabi. In the 53rd minute he was played through on goal and calmly took the ball past the goalkeeper to slot into the empty net and complete his hattrick.

Questions about an offside were raised by the St Pat’s defence but the officials believed he was on.

Harps were happy to sit back and remain solid in the defence for the remaining thirty minutes, but still looked very dangerous on the counter attack, with Barry McNamee constantly looking to play through the lively Owolabi.

Owolabi nearly got a fourth goal and David Webster nearly found himself on the scoresheet but a mixture of good goalkeeping and defending by St Pat’s meant Harps could not score another.

St Pat’s only real chance of the second half came in the 84th minute when Nwoko’s shot hit the post.

Victory for Harps means they have risen to 7th in the table, overtaking Dundalk. Harps also have a game in hand over Drogheda, who only sit four points ahead of Ollie Horgan’s men.

A massive game for Harps coming up next week as they welcome Derry City to Finn Park in the FAI Cup second round.