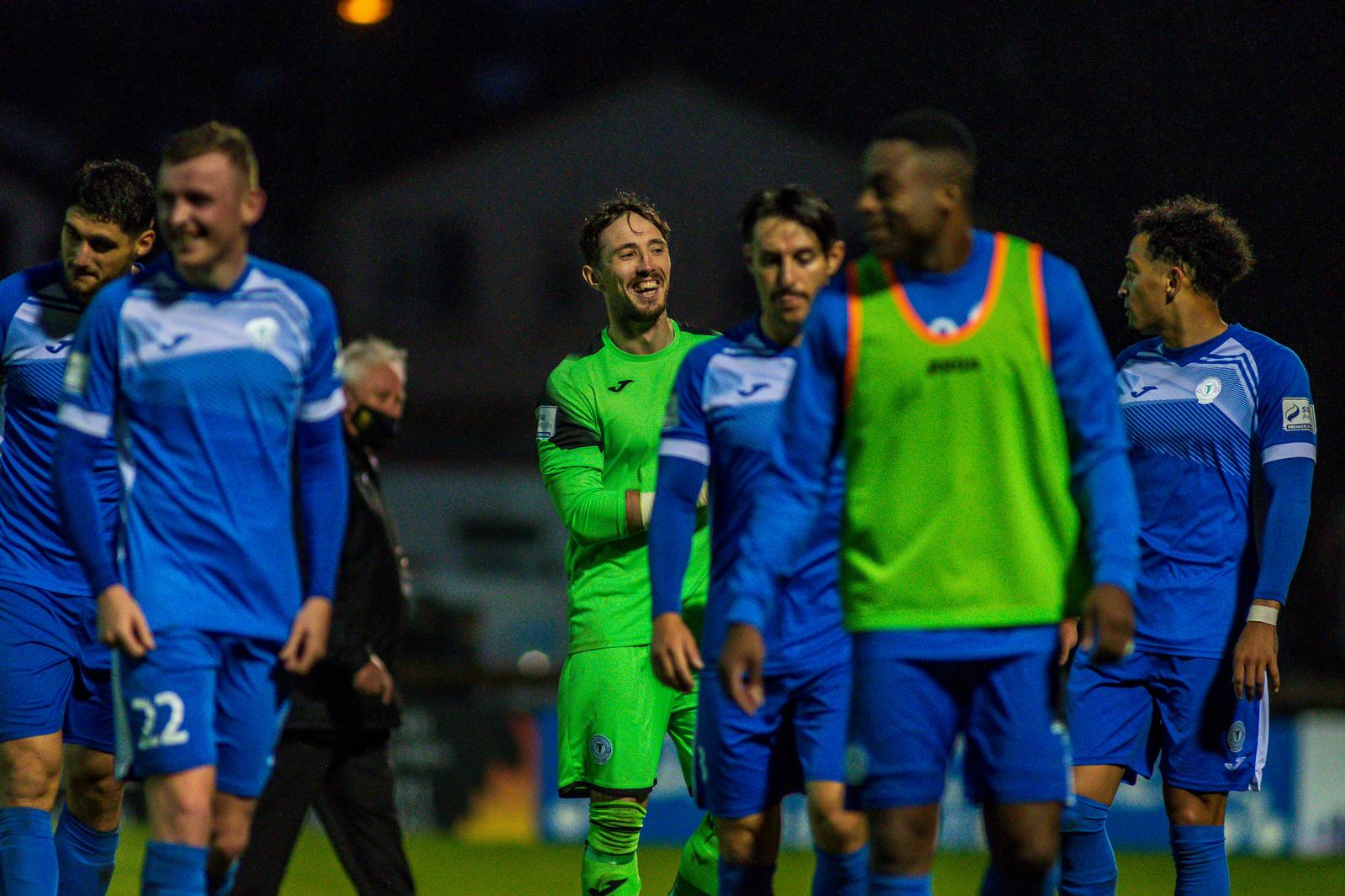 Finn Harps earned their first league victory in over two months thanks to Kosovar Sadiki’s goal as well as a heroic defensive performance by the whole team.

Harps travelled to the Showgrounds looking to get their league form back on track after a poor run of games. Sligo Rovers started off the stronger of the sides, Johnny Kenny and Niall Morahan had good chances in the opening thirty minutes but Mark Anthony McGinley was in great form and kept Rovers at bay.

Ollie Horgan’s men struggled to create much in the first half but managed to keep Rovers at bay for the opening forty-five minutes.

It was a dream start to the second half for Finn Harps though. Two minutes into the second half Harps won a free-kick. Karl O’Sullivan curled the ball into the box and it fell to Sadiki who headed past Ed McGinty in the Rovers goal to make it 1-0 to Harps with their first shot of the game.

It was a tense second half for Harps who knew how big a victory at the Showgrounds would be for their season. Horgan’s men had a few more chances with Owolabi having a header loop over the bar and Barry McNamee having a long range strike saved by McGinty.

Rovers began pushing as the game entered the final stages and tensions increased for Harps after Mark Coyle was sent off in the final minute of normal time after fouling Greg Bolger on the edge of the Harps box.

With six minutes of injury time Harps had to dig deep and defend strongly, and in the 93rd minute Mark Anthony McGinley pulled off some heroic goalkeeping and potentially the save of the season.

Sligo whipped in a corner and after a bit of pinball in the six-yard box a Rovers player got a foot on the ball knocking it towards goal, only for McGinley to scramble across his goal to outstandingly flick the ball away at the final moment.

Harps held on for the remaining few minutes and claimed all three points and a historic result as this was Harps first top-flight victory at the Showgrounds since May 2002.

Finn Harps now sit in 9th place with twenty-three points but have a game in hand over 8th placed Waterford who are currently on twenty-five points.

Harps have a big game away against Longford Town up next on August 14 before finally returning to Finn Park on August 20 where St Patrick’s Athletic will face Ollie Horgan’s side.