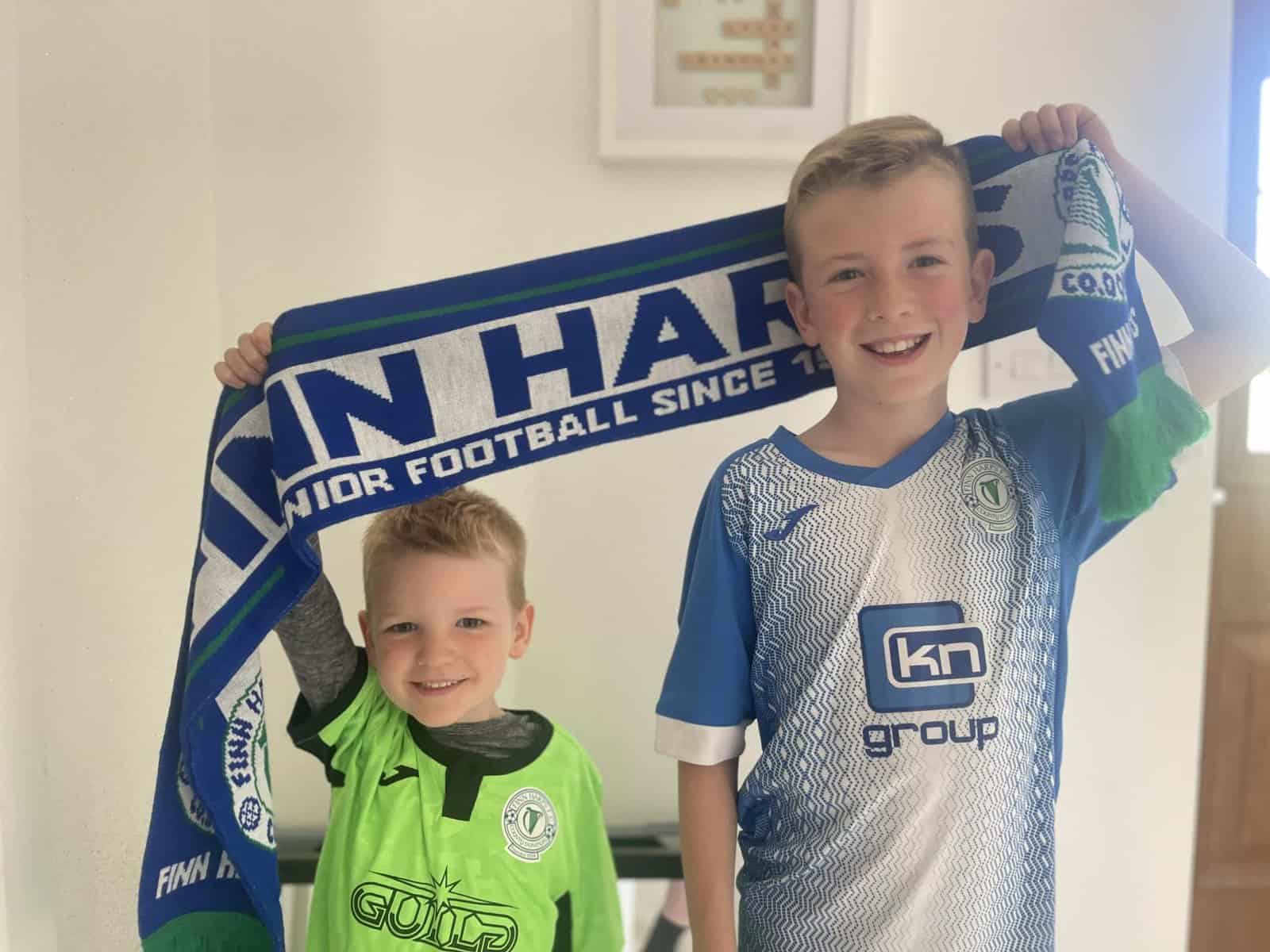 We are looking forward to welcoming our mascot for tonight’s big match: Kyle Brooks Crawford.  Finn Harps media had some questions for the young man from Lifford.

1) Where do you go to school? St Patrick’s NS Lurgybrack

2) Do you play for a team and which position do you play? Left winger for Kildrum Tigers 2011’s

3) What do you like about match nights at Finn Park? When Finn Harps win & meeting the players

4) Who do you think are the 3 best players in world football? Mo Salah, Benzema, Ronaldo

5) Who is your favorite current Harps player? Ryan Connolly

6) What’s the best film you have ever seen? Marmaduke

9)   Who would win in a fight; Your Dad or Batman!? Batman would knock him out in 2 seconds

Photo: Kyle & younger brother Callum are looking foward to getting behind the Harps!