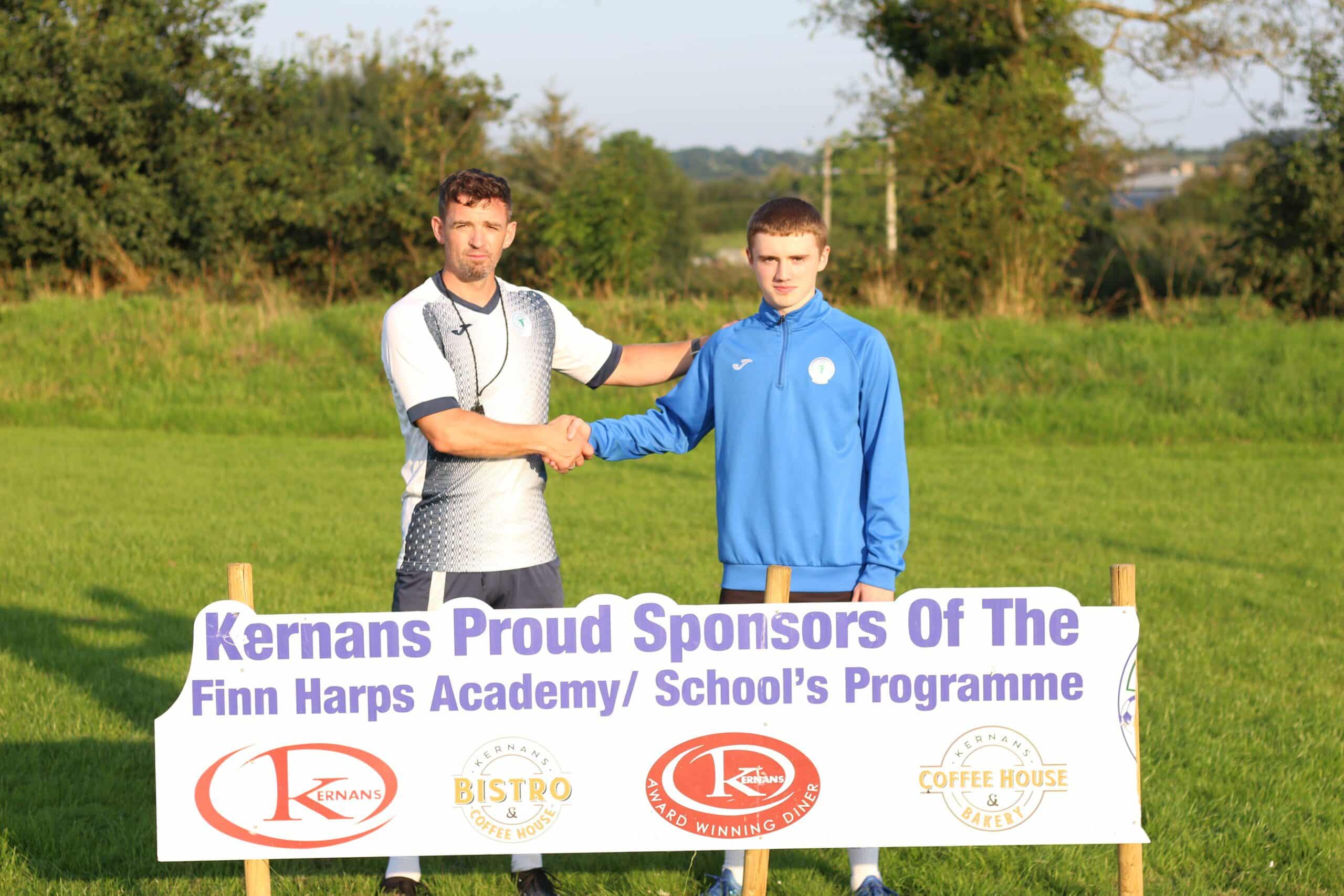 Finn Harps Academy would like to welcome Mark McGlynn to our u17s squad.

The Letterkenny Rovers midfielder was a part of the academy set up in 2020 and returned this year, showing great skill and character with the U16s Development Squad.

U16s head coach, Ben Reuven, said: “Mark joined the academy squad late last season and was a key figure during 2021. He demonstrated an excellent work rate, attitude and ability with our development squad, and I’m delighted to see him sign for the 17s National League squad. It also once again shows the role of the academy pathway, the emphasis on development we have, and the importance of the u16s squad for the older squads.”

U17s head coach, Dan Nolan, said:”I’m delighted to have Mark signed. His attitude, commitment and level of play is exactly what is required by Finn Harps Academy, having worked hard with our under 16’s development squad we are also very happy that this continues to be a pathway for players and used as a beneficial tool for helping players develop. We now look forward to Mark continuing his development with the under 17’s national league squad and also look forward to many more taking the same path.”

The academy would like to thank Mark’s coaches at Letterkenny Rovers for the important role they played in his development.