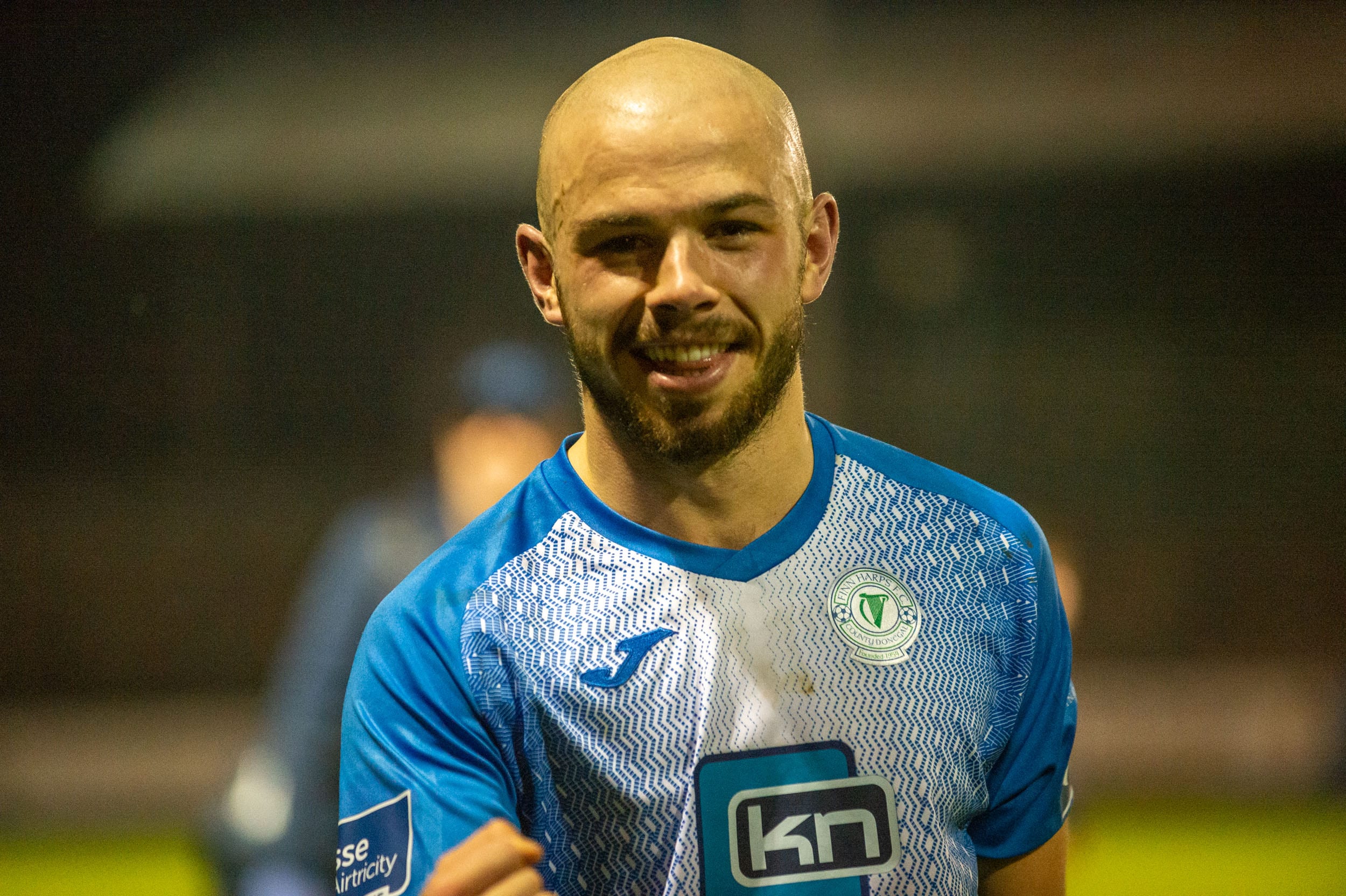 Finn Harps is delighted to announce the re-signing of Mark Coyle for the 2021 season. Coyle made fourteen appearances last season as the club secured their best league finish in twenty years.

This will be the midfielder’s fourth season with the club since his return to Ballybofey in 2018, making him one of the longest tenured players of the squad along with Tony McNamee and Mark Timlin. With 75 appearances in the blue and white, the Burt native could join the 100 club this year.

“It’s great to be back”, Coyle told finnharps.ie. “We had a really strong finish to the season and Ollie and Paul have done a good job of keeping the group together and adding a few new faces so hopefully we’ll have a good year. We’ve pushed on every year since 2018 and we’ll have to put the work in now to keep going that way.”

Ollie Horgan told FinnHarps.ie, “Mark has been in the wars with us for a few years now and knows what it takes at this level. We’re in for a long, tough season and he’s someone we know will put a shift in whenever called upon so we’re glad to have him back.”