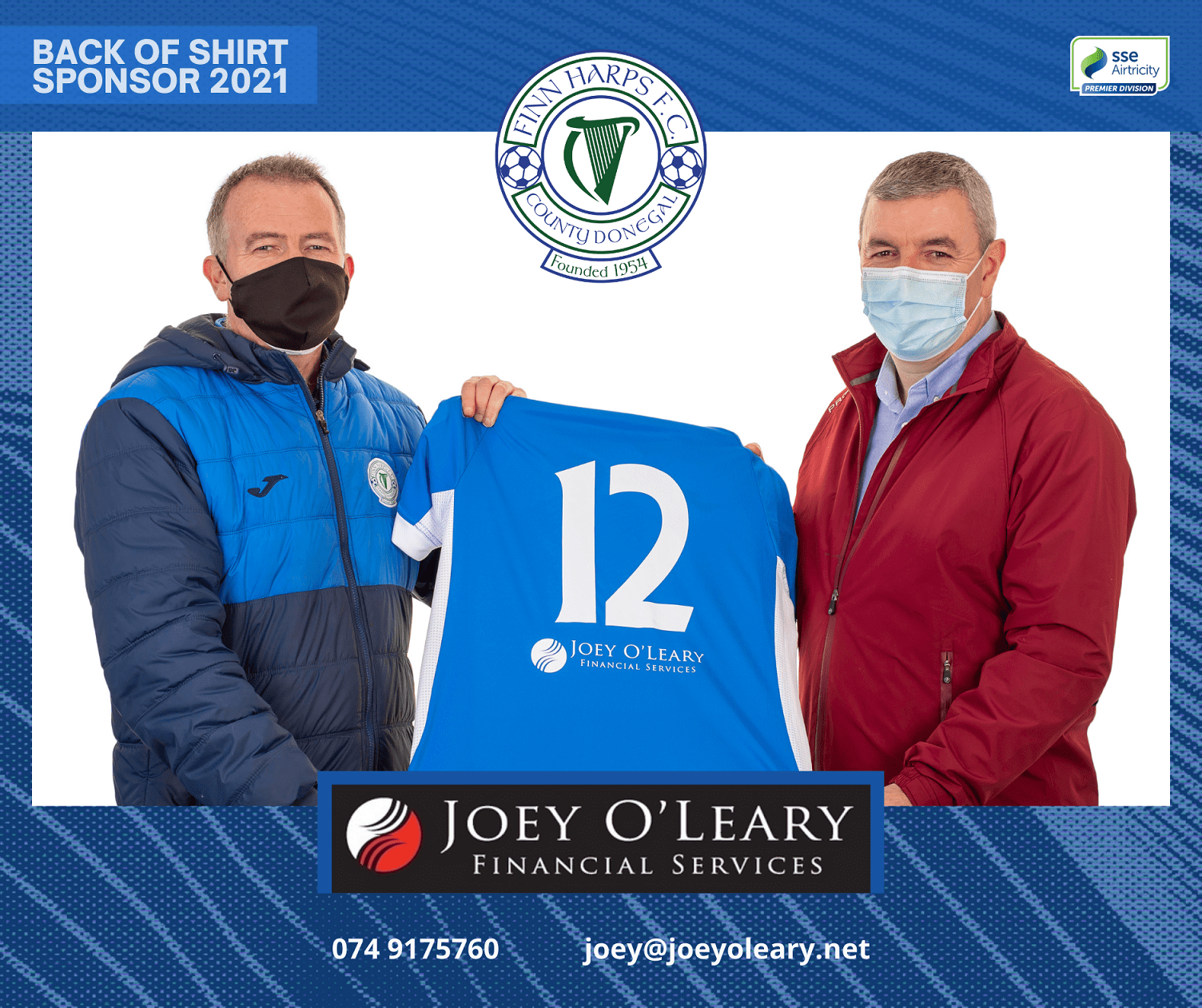 Finn Harps are delighted to announce that Joey O’Leary Financial Services have renewed their back of jersey sponsorship with Finn Harps for the 2021 season.

The company’s logo will appear on the back of all three first team shirts, including the new purple alternate jersey, which received a great reaction when launched in conjunction with Donegal Down Syndrome last week.

Former club chairman Joey feels that it is more important than ever to get behind the county’s senior club, “In these challenging times Harps have offered everyone something positive to focus on so I’m delighted to come on board again and support a squad of players who look like they can be competitive in a tough league.”

“I know there is huge work going on in the background and if everyone can continue to work together on and off the pitch we can keep building a strong top flight club in the coming years”, he said.

Aidan Campbell Finn Harps Marketing Officer thanked Joey for his ongoing support “We’re aware this has been a very difficult time for the business community so we really appreciate Joey and staff making the big commitment to row in behind this year’s campaign. Joey has been a supporter since his school days so there will be no prouder fan if the team continues to exceed expectations and establish ourselves as a permanent fixture in the Premier Division.”