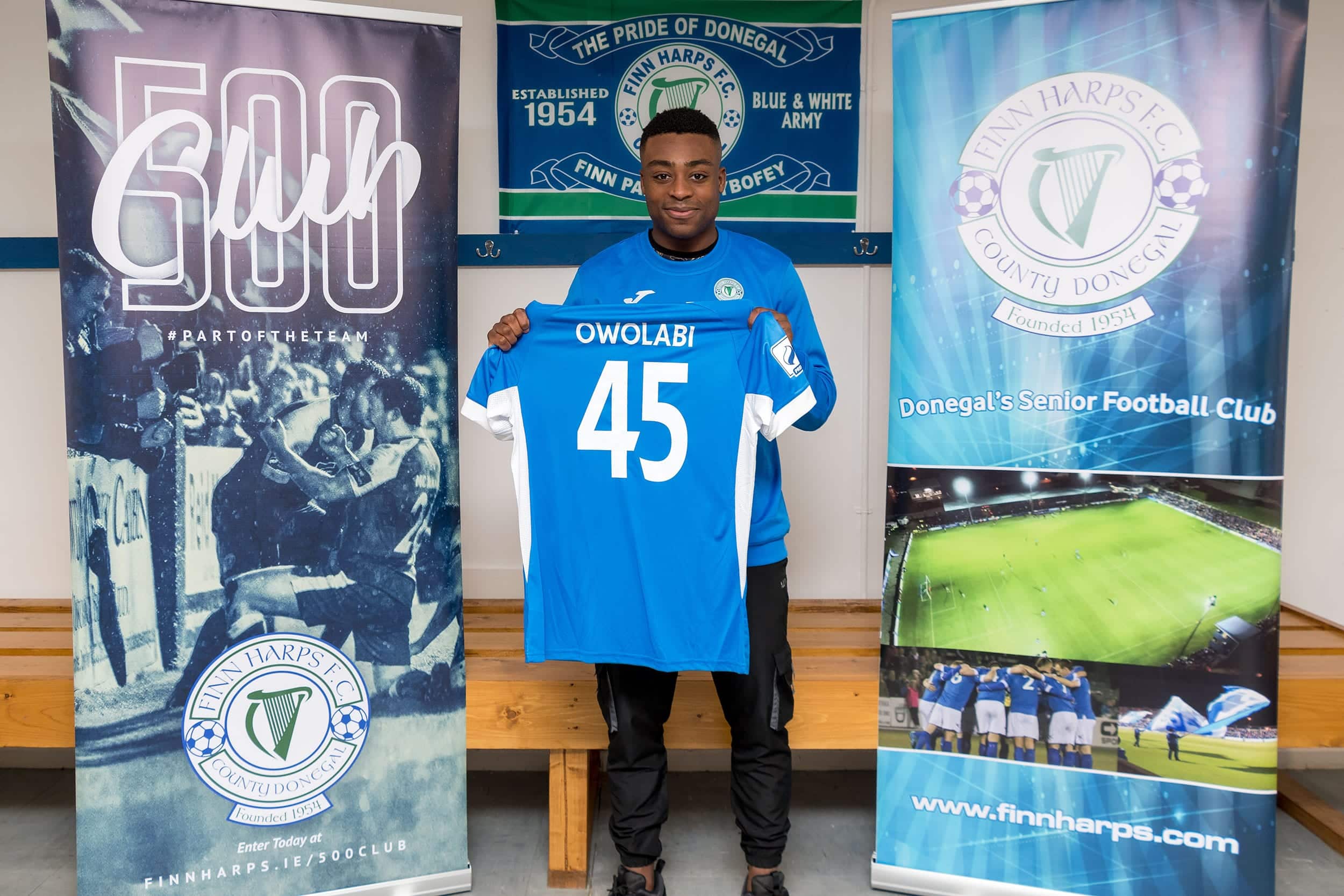 Finn Harps is delighted to announce the signing of striker Tunde Owolabi. Owolabi joins the club after his departure from Scottish Premier League side Hamilton Academical back in February.

The 25 year old is hoping to rediscover the form that saw him score 35 goals in 41 appearances for FC United of Manchester in the 2019/20 season.

Speaking to Finn Harps TV, Tunde spoke highly of the welcome he’s received since arriving in Ballybofey; “The team has been super welcoming and have supported me coming into a new environment. I really appreciate the players and staff of the club for all they’ve done.”

On what fans can expect, the attacker is keen to do whatever he can to help the team succeed: “I like to score goals and hopefully I can get back to the level I was at last year. I work hard, I’m fast, I like to run in behind and stretch the play to create space for my teammates. It’s about trying to help the team win games and seeing what we can do this season.”

Harps boss Ollie Horgan told Finnharps.ie: “Tunde is a great lad. He gives us another option at the top end of the pitch which is good. He comes with a bit of experience at a good level of football so hopefully he settles in well with us.”

Horgan was keen to acknowledge the importance of the fundraising commitment by the clubs fans to date, but also stressed that more was needed. “The backing we’ve had from the supporters has been magnificent so far. The likes of the 500 Club definitely helps us to be able to look at options like this. It’s a credit to the people who put their hand in their pocket to support things like that. We need every one of them.”

But the Harps boss warned that there is more to do:“We need more, of course we do, that’s the nature of the club, the nature of what we’re trying to do to keep on improving. The club has a major draw ongoing to improve training facilities and that needs a huge push now, and we also need new sponsors to come on board and back us.”

To join the 500 club today or renew an existing membership click here. The 500 Club gave away 146 cash prizes totalling €23,400 in 2020 while providing essential funds to help the management team improve the first team squad.

Meanwhile the club are seeking new commercial partners – see our video here and email commercial@finnharps.ie for details of partnerships on offer.