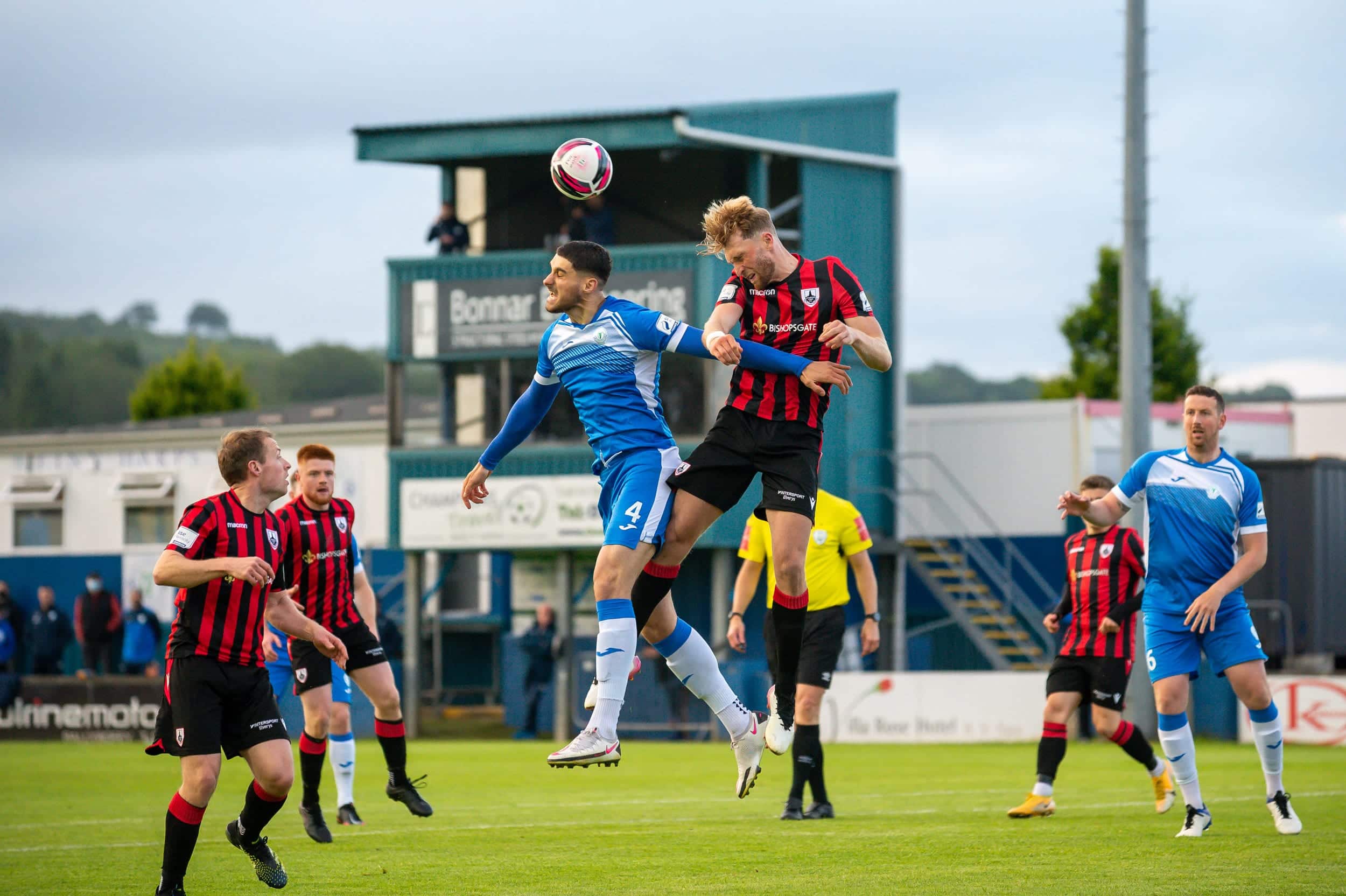 Finn Harps could only manage a draw against Longford Town in what was their third game in seven days.

Neither team dominated the opening exchanges but it was the away side that took the lead, albeit controversially. Dylan Grimes shot from distance rattled the crossbar, the rebound was then headed into the path of Aaron Dobbs who put the ball in the back of Harps net.

Despite linesman Aaron Robinson raising his flag on Dobbs for being in an offside position when scoring the opener, referee Ben Connolly decided to let the goal stand and Longford, who sit bottom of the table, led 1-0.

Harps upped the gears after going behind and kept possession well in the final third and in the 17th minute they reaped the rewards as Tunde Owolabi found the back of the net for his second ever Harps goal after a good bit of build up play by the team.

Ollie Horgans side kept the pressure on Longford after the equaliser, Owolabi and Foley were linking up well and Mark Coyle was ever present in front of the defence.

In the 26th minute Will Seymour was put through on goal with just the keeper to beat but sadly could not convert past Lee Steacy. Harps were playing well but were lacking the final cutting edge.

Dylan Grimes was Longfords main threat in the first half with a few pop shots from distance which needed saving by Mark Anthony McGinley, but Harps were on top in the first forty-five.

Harps began the second half as they finished the first and on the 51st minute Owolabi’s header from a corner hit the hand of Dobb’s and a penalty kick was given to Harps.

Barry McNamee stepped up but his spot-kick was saved by Steacy. The penalty kick was the best chance of the second half as neither side could keep hold of possession for long enough to string together any clear cut chances.

Besides a few set piece opportunities for both teams, it was a very even second half and each side took a point from the game.

Harps are now without a win in five and are currently in 8th position with twenty points, but only sit six points behind Drogheda United who they face away in Louth next Friday. The perfect game to get back to winning ways.