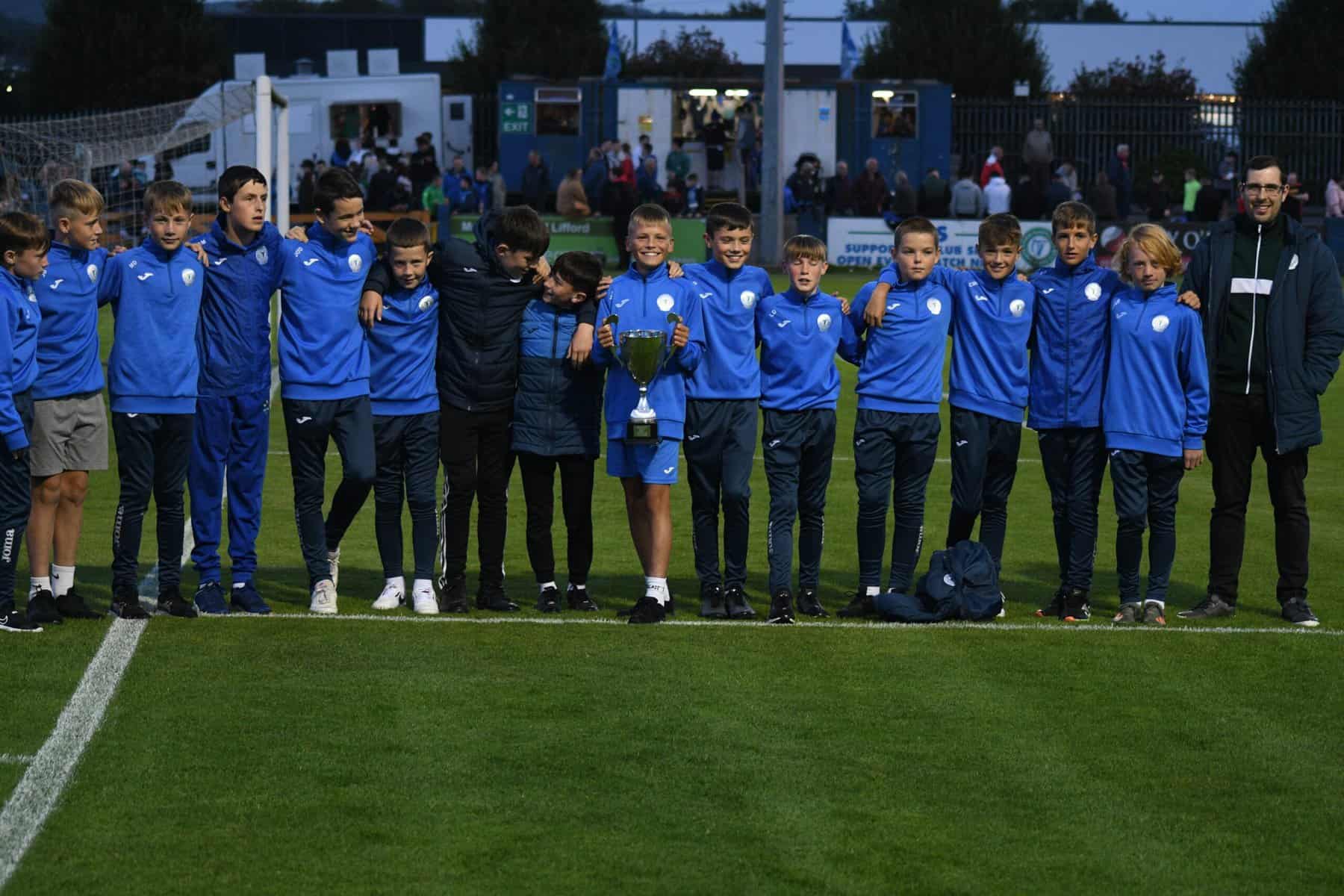 It was great to welcome the victorious Finn Harps Academy 2010 squad with the Galway Cup to Finn Park on Friday.

Thank you to the players’ clubs and parents for their support.

It has been a monumentally busy few weeks for our Academy Development squads who have been all over the country competing in summer tournaments.

Starting off with the NI Super Cup (formerly the Milk Cup) where the 2009 development squad took part. The competition was a good learning experience for the side as they came up against some stiff opposition and they finished in 12th place overall.

The following week our 2010 development squad traveled to Salthill to take part in the Galway Cup. They impressed throughout the tournament with the team coming home with the Cup after beating St. Brendan’s Park in the final.

The 2010s followed that with a trip to the Belfast Youth Cup where they played some very good football against some quality sides. They came away from the competition with more silverware as they claimed the Plate, which was no small feat considering they had played 10 games over the course of 6 days.

Our 2011s & 2009s squads also competed in the Belfast Youth Cup. The 2011s displayed some superb talent throughout the competition making it to the final where they faced Cliftonville, with the Belfast side narrowly taking the crown. Some huge promise on show from the 2011s as they showcased what they have learned from their coaches Davitt & Mark.

The 2009s similarly had a fantastic tournament against high quality opposition as they progressed to the Cup semi-final before being knocked out by Shamrock Rovers in a high scoring affair.

Finn Harps Academy would like to say a huge thank you to our Academy sponsors Kernan’s and iMotors who help greatly with their support during the year and make these tournaments above possible.