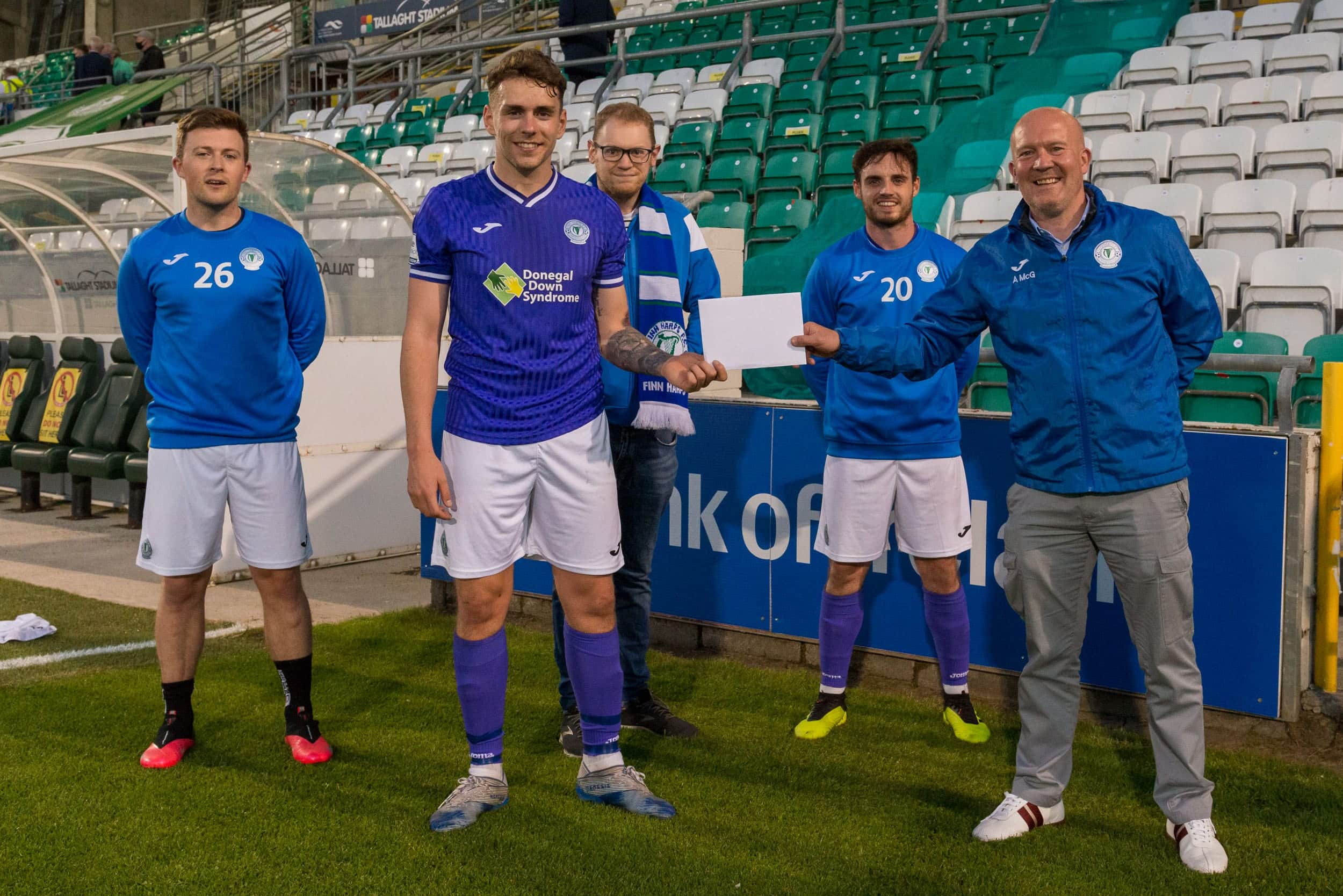 The 2021 LMS was kindly sponsored by our friends in the Donegal Dublin Business Network, now in their second year of sponsoring the prize fund. This support is very much appreciated by the Finn Harps DSC. We hope to meet with the Donegal Dublin Business Network members in the near future to thank them in person. The DSC plan to invite the members of the DDBN to a Harps game in Dublin soon after supporters return to grounds and we anticipate that night would also include a social event.

This year’s LMS was our most successful to date, with 182 entries. The entries included names and faces familiar to us from their support over many years but encouragingly also included many new names from across the League of Ireland. We’ve continued to make some friends abroad, including Germany, where more than 20 people entered the competition and we saw entries from Australia, USA, Scotland, England and Sweden as well as from all over Ireland which shows the worldwide appeal of Finn Harps FC. Thanks to everyone for their support!

Naturally, our LMS followed the rollercoaster of the run-in to the English Premiership season. Who would have thought that in Round 1, Chelsea (the eventual European champions) would have been trounced 5-2 by West Brom?! This one game caused the exit of 80 players. Spurs and Everton also tripped up that weekend resulting in more than 50% of the entries falling at the first hurdle.

Round 2 saw similar carnage. Champions-elect Man City were beaten by Leeds (who showed they can beat anyone on their day). This along with an Everton slip up meant about half the remaining competitors were eliminated.

Rounds 3 saw the eliminations continue to bring the field down to 28 competitors and Round 4 would see 20 of these go out with 11 of these gone due to Newcastle’s injury time equaliser against Liverpool. That left 8 competitors. Joanne Kennedy Byrne (part of a group of Shel’s fans who generously support our LMS) had correctly picked Chelsea earlier that weekend and almost became the Last Woman Standing. The other 7 players had picked Leicester playing on the Monday night who left it to the 80th minute for their winner against Crystal Palace to keep these players standing for another week. It was so near for Joanne.

At this rate we were expecting the LMS to be all over pretty soon, but well-chosen teams kept the competition going until Round 8. At that point we had 3 players left with Alex Schnuecker (choosing Spurs), Matt Bellringer (choosing Man United) and Mark Ramsay (choosing Liverpool).

Liverpool’s strong end of season run-in meant Mark Ramsey was this year’s Last Man Standing and winner of the €400 jackpot as Spurs lost to Villa and United were held by Fulham.

Congratulations to Dublin student Mark Ramsey on clinching the prize. It is said that the apple doesn’t fall far from the tree and perhaps this is true when it comes to LMS too as Mark’s Dad Bartley Ramsey won our LMS competition in 2018. Mark, like his Dad is a big Finn Harps Fan and budding club historian who has been ‘Reeling in the Harps’ by writing some excellent articles for the Finn Harps program in recent times and he has also been involved with the FHDSC since he was just a wee lad. Well done Mark the Last Man Standing for 2021.

As a gesture of sincere appreciation to all those who took part in this year’s LMS, the FHDSC committee decided to run one final competition where two lucky people had the chance to win €50 each. After a random draw each participant excluding the winner were given a minute and the 2 players with the correct minute of the first Finn Harps goal in their game against Waterford United would claim the two 50 euro prizes. Barry McNamee’s scored a fine penalty in the 75th minute of the game meaning that Wolfgang Mueller and James Byrne claimed €50 each in this Golden Goal Competition.

Wolfgang is from Hunsetten near Weisbaden in Germany but has holidayed near Donegal Town since 1978. He and his family have been attending Harps games both home and away for many years and he has generously donated this 50 euro prize to the Finn Harps Academy. James Byrne is a former member and chairperson of the FHDSC from the early noughties until his move back to beautiful Carrick in 2008 where he continues to help and support the DSC whenever he can. Well done to you both.

The Finn Harps Supporters Club Dublin Branch sponsored the recent Finn Harps game against Shamrock Rovers in Tallaght and are player sponsors of Mark Anthony McGinley and Joel Bradley Walsh. All monies raised from this and other fundraisers are donated to Finn Harps FC in the form of sponsorship throughout the season to try to help Ollie and the team keep Harps doing a remarkable job of punching above their weight at the highest level of Football in the country. The Supporters Club also meet socially to support the team and new members are always welcome. Anyone interested in getting involved can email: finnharpsdsc@gmail.com